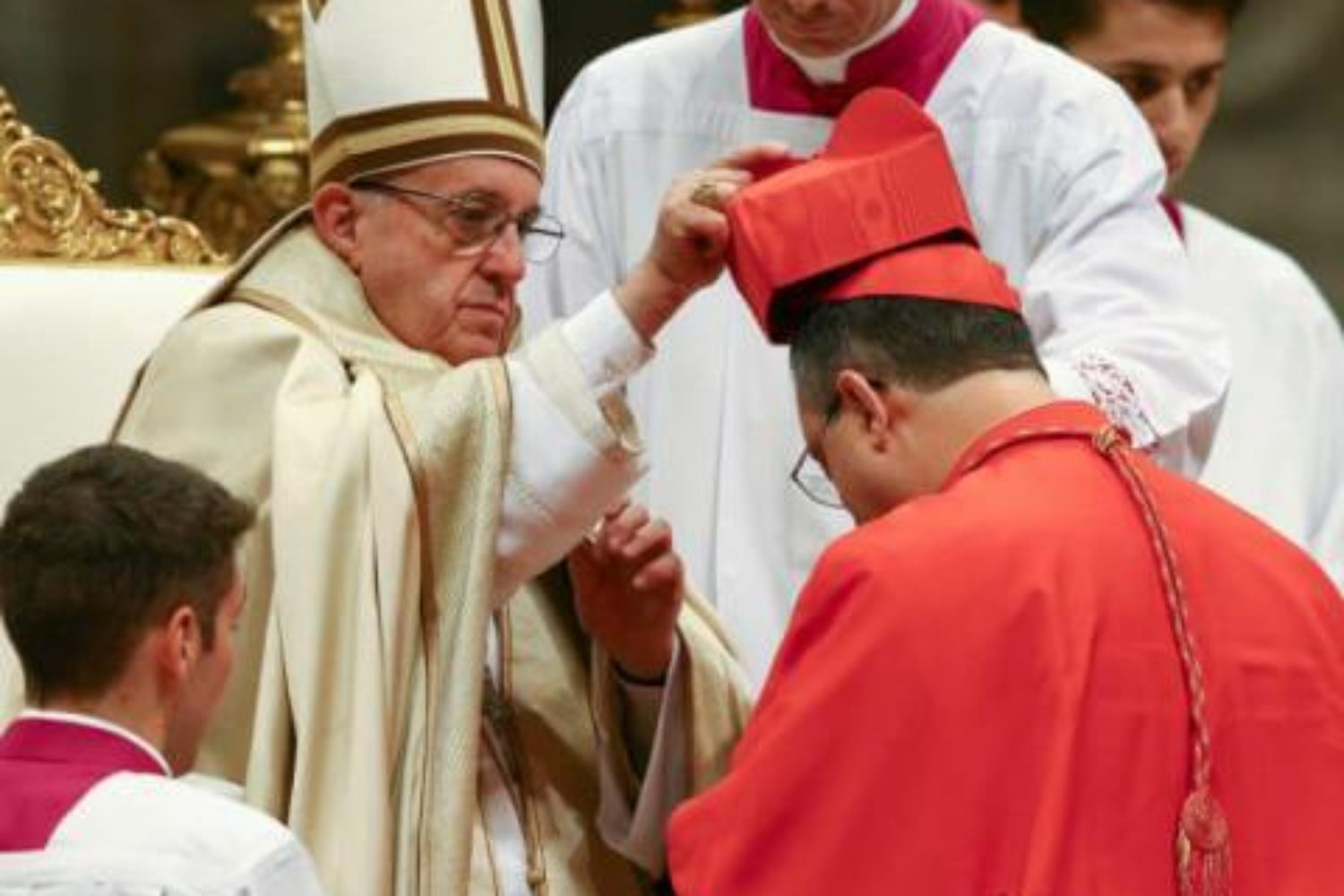 Trump we view as opponents, “to ‘demonize’ them so as to have a ‘sacred’ justification” for dismissing them.

God’s unconditional love, he said, “is the true prerequisite for the conversion of our pitiful hearts that tend to judge, divide, oppose and condemn.”

Trump – with his call for a registry for Muslims, a wall separating the U.S. from Mexico, and promise to throw the undocumented out of the country — galvanized resentments against immigrants, religious minorities, and others during the presidential campaign.

His victory, this summer’s Brexit vote, and the growing popularity of nationalist movements across Europe has raised grave concerns around the world, including in the Vatican.

Francis made it clear that, for him, such divisive sentiments are anathema.

“We live at a time in which polarization and exclusion are burgeoning and considered the only way to resolve conflicts,” said the pope, who turns 80 next month. “We see, for example, how quickly those among us with the status of a stranger, an immigrant, or a refugee become a threat, take on the status of an enemy.”

Yet Francis did not spare his own church from his warning.

Like Loading...
denounces demonization of enemies and outsiders, is anathema, Pope Francis, RC Church warned too, richness and universality of Church celebrated, Trump a classic demonizer