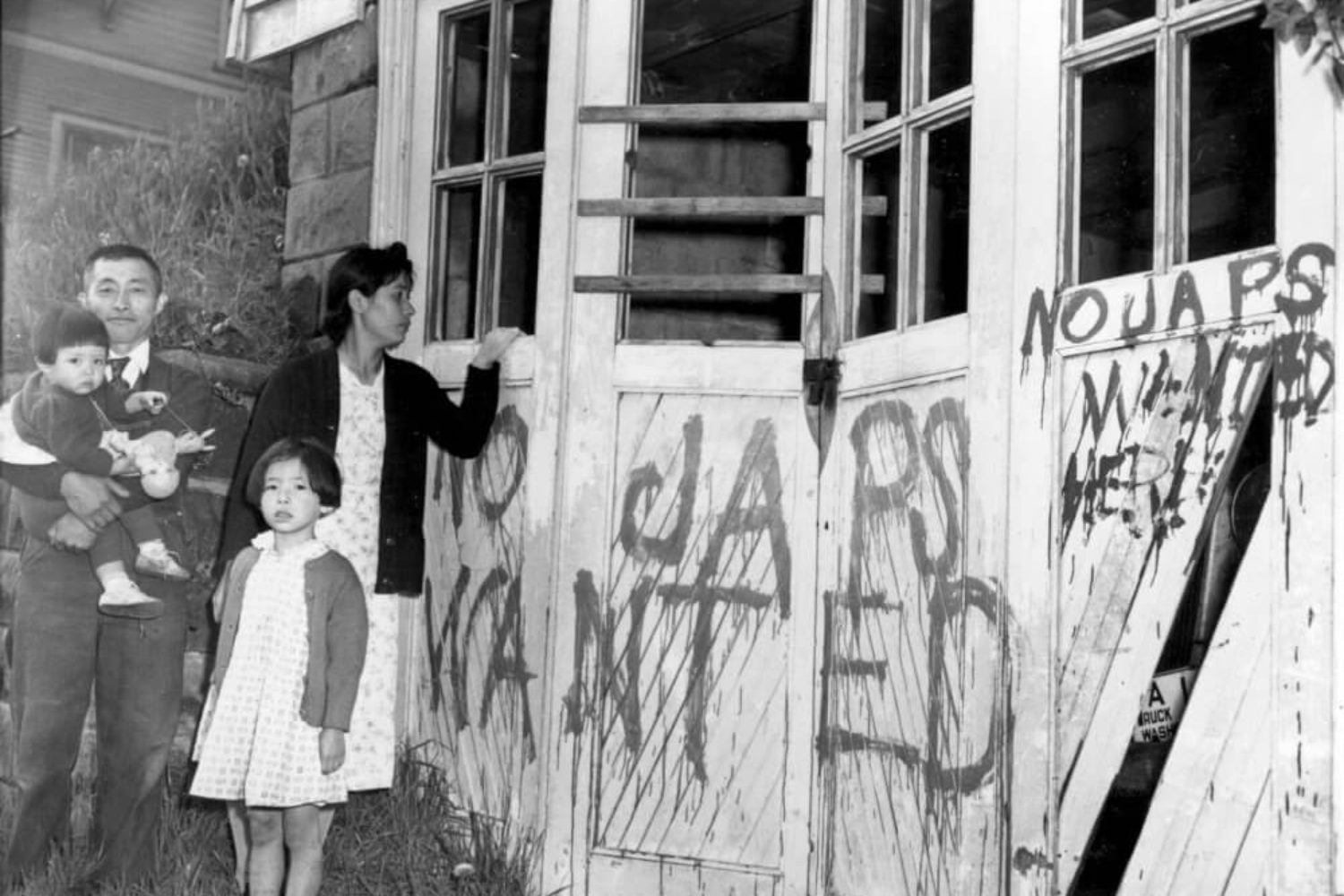 What the author is describing is scapegoating, ubiquitous in human cultures and history. René Girard, recently deceased, is the dominant modern theorist in this regard. For more on scapegoating violence and Girard on my website, please see amongst others this and this. (You will also see below each article  related posts highlighted.)

Andrea Pitzer is the author of One Long Night, a global history of concentration camps.

Tarring racial, ethnic, or religious groups as dangerous criminals or obstacles to a purer bygone state has been used for centuries to splinter populations and turn communities against each other, inciting everything from riots and mass detention to pogroms and genocide. But it’s not even necessary to look as far back as Rwanda and the Balkan conflict to see the role institutions and propaganda can play in stigmatizing a group.

In Myanmar, more than 140,000 Muslim Rohingya were detained in refugee camps starting in 2012, victims of racist policies enforced in Rakhine state. Reports of a gang rape that year triggered community violence and riots that ended in the physical segregation of the group from the main population.

In their majority-Buddhist nation, Rohingya are often characterized as illegal immigrants as well, though many have lived in Myanmar for generations. Extremists have described them as animals and broadly depicted them as dangerous for decades, leading to a poisoned public discourse incapable for now of addressing the challenges brought on by shifting demographics.

From the Inquisition to Nazi Germany to Myanmar, these kinds of characterizations do not exist in isolation. They are carried over for further use and cross-pollinate. The day after Donald Trump was elected, a banner appeared in the capital city of Rakhine state in Myanmar, honoring his victory.

The current White House policy of showcasing the crimes of those termed “illegals” by Trump has an even more direct precursor in the form of the “black crime” tag on Breitbart.com. The tag has been used to promote allegations of gang rape by black men, as well as crime stories with white victims, nursing a siege mentality. Former executive chairman of Breitbart News Steve Bannon, now in the White House, appears to have brought the same methodology to Pennsylvania Avenue, switching pariah groups from African Americans to the millions of undocumented people among us.

Anxiety over fifth-column degeneracy is powerful, but reality is less dramatic and less terrifying. Reports up to the present day have consistently shown that immigrants have lower crime rates than native-born populations in the United States, with the most recent arrivals having the lowest crime rates of all. These kinds of facts have been measured and reported again and again, though those in leadership positions have frequently ignored or misrepresented evidence for at least a century.

In 1916, when Chicago Legal News summarized results of the annual report of the Commissioner General of Immigration for the United States, the authors noted that “no satisfactory evidence has yet been produced to show that immigration has resulted in an increase of crime disproportionate to the increase in the adult population.” Sweeping immigration restrictions directly and indirectly targeting Asians and Jews were nonetheless enforced in subsequent decades, helping to set the stage for Japanese American internment and exacerbating the plight of Jewish refugees during World War II.

Comprising a population larger than that of New York City scattered across the nation, the undocumented are just like the rest of us. Some actual crimes will surely be committed. The government will no doubt find real offenses to record, sometimes graphic ones. Outlets willing to play ball will share powerful narratives that will be difficult for the public to parse and responsible journalists to frame from a broader perspective.

While we may not sit on the brink of repeating history’s worst crimes, this kind of attempt to single out a particular group as criminal only sows fear and hate. Historian Benzion Netanyahu once asked how in 1491, in a region of Spain not known for paranoid foolishness, could normal human beings carry out the work of madmen, trying and executing eight Jews for stealing the heart of a Christian child? It could happen, he noted, because of how the ground had been seeded, because of everything that had come before. “It could happen because the social atmosphere of the country had been prepared for it.”