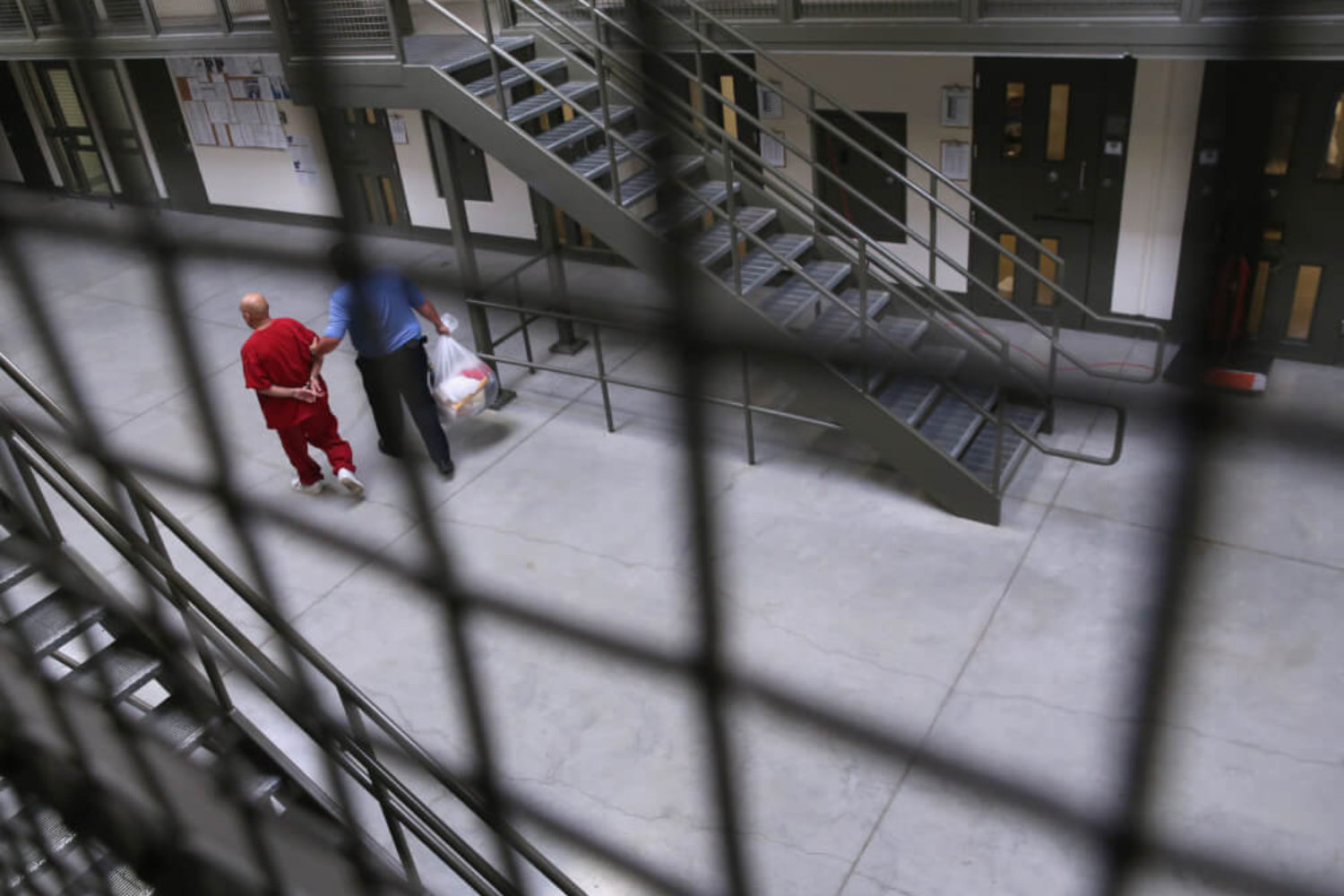 photo above: A guard escorts an immigrant detainee from his ‘segregation cell’ back into the general population at the Adelanto Detention Facility on November 15, 2013 in Adelanto, California. John Moore/Getty Images

WN: It is ever true that the measure of any civilization is its prisons. Fyodor Dostoevsky, Winston Churchill and George Bernard Shaw all made such observations.

Another measure is of course its (lack of) preparation and promulgation of war. There are 22 countries in the world which display the highest form of civilization by this standard.

Then there is the United States: the stand-alone country that has the highest incidence of incarceration in the world, and by far the highest military budget and reach in the world. Can anyone claim it to be a paragon of civilization? Since when?

God Bless America? God first must dramatically convert America! — before it has any hope of being “blessed”. (Though God is infinitely generous.) God could start with White Evangelicals… Then there is Trump…

And just imagine what $1.7 trillion annually could do if spent for Humanity and the Planet…

The Adelanto Detention Facility is named after the small town in California where it is located. The City of Adelanto greets visitors with a sign, proclaiming it to be a city of “unlimited possibilities.” However, when you drive through this small town in the Mojave Desert, it is clear the city is known for only one possibility: incarceration. The City of Adelanto is home to this immigrant prison, a state prison and a county jail. Just along the border of the neighboring town of Victorville lies a federal prison that is now also being used to imprison immigrants. All in all, about a third of the population is behind bars. … Visiting people in immigration detention is the other side of the coin from the rest of my life, from my life with my loving husband, parents, nieces and nephews. From the evening walks on the beach and the weekend afternoons spent hand-painting or chalk-drawing with my four-year-old niece. This is the place I am free to walk away from because I am a citizen, but this is the place that haunts my dreams. It fills me like darkness fills a room. This is the place that does not belong to humanity. … Adelanto is one of the most isolating places I have ever been to. It’s a camp with two buildings laced with concertina wire and filled with 1,960 detained immigrants, an undisclosed number of prison personnel and one bird. Six immigrants have died here. Last year, in a hunger strike led by a group of Central American men, GEO guards pepper-sprayed nine men, then doused them with hot water to ensure that the pain of the pepper-spray was intensified as their pores widened.

The guards and ICE officers are now telling us about the new sandals the women are wearing, the fresh linens on their beds and the food. “These people, you know, they have never eaten so well….” a petite, older Asian woman wearing the GEO Group uniform states. I peel away from the group, placing my hand on the white, brick wall. It is soft and malleable, from what seems like a recent coat of paint left baking in the heat. But between a few of the grooves in the wall, I can see clues left behind by the painter. The black mold remains visible, possibly the same mold that had created a fungus outbreak on the women’s feet months before. US immigration detention is a world where reality is painted over with lies, lies that for the people who work in the system are essential to believe.

Christina Fialho is an attorney and the co-founder/executive director of Freedom for Immigrants (formerly CIVIC), a national nonprofit working to abolish the US immigration detention system.

More by this author… Please click on: Adelanto Detention Facility