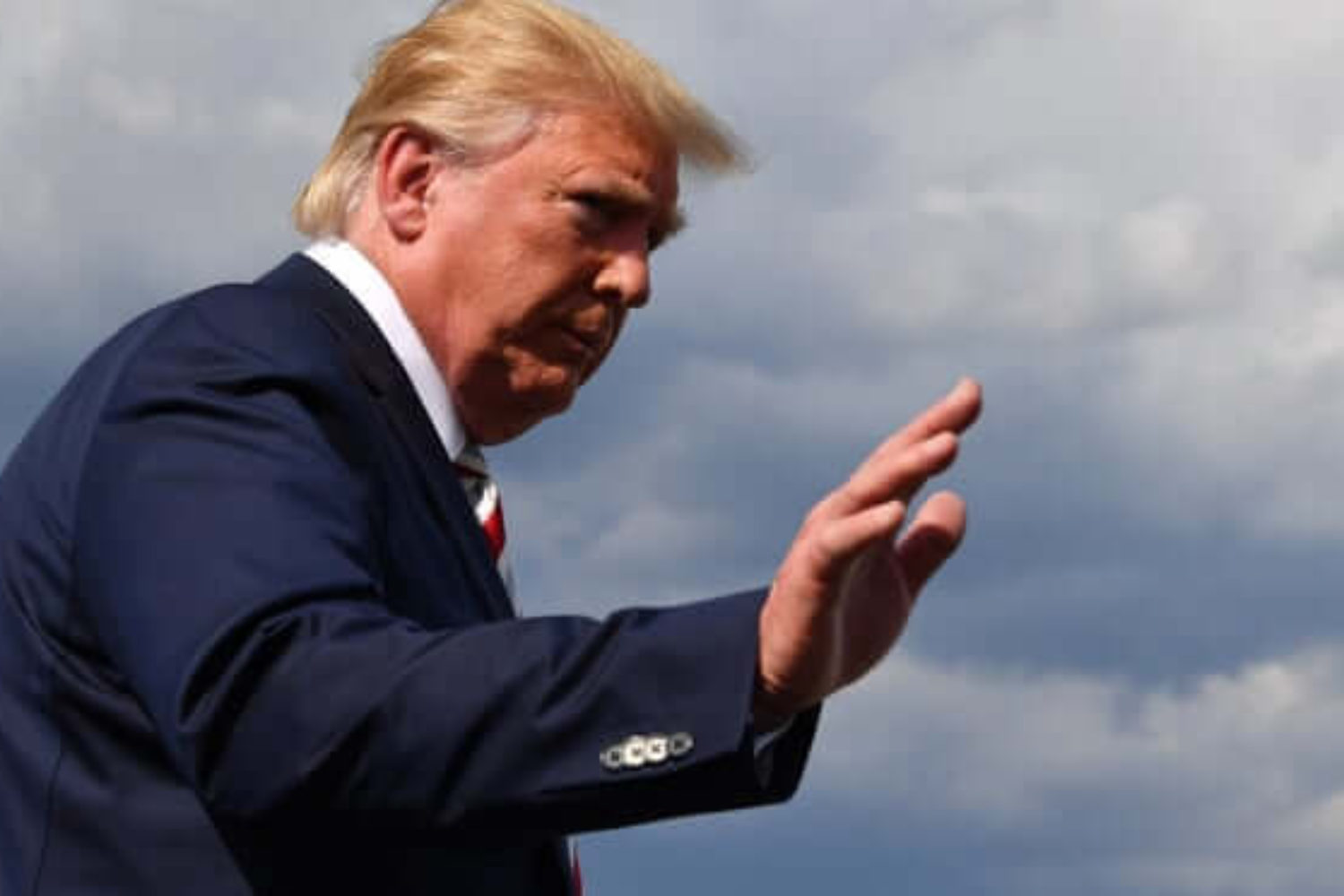 photo above: Trump’s rhetoric is infused with notions of violence and dehumanization’. Photograph: Nicholas Kamm/AFP/Getty Images

WN: While I do not believe anyone is pure evil, manifestations of such are arguably exponentially greatest in Trump, given his worldwide influence and power. He and his huge white Evangelical support base, have an Ultimate Reckoning to contend with…

Last year, when a rabid, anti-immigrant antisemite murdered 11 people in a Pittsburgh synagogue, I called it an act of domestic terrorism inspired by the ideology of Trumpism. The shooting took place during the height of the 2018 midterm campaign when Trump was inciting fear of an immigrant “caravan” from Central America. The shooter got the message. Hours before his bloody rampage, he accused a Jewish refugee support agency of bringing “invaders in that kill our people”. 1

And, when Trump suggested last month that four members of Congress of color who were born or naturalized in the United States “came from” other countries, he ratified the core concept of white supremacy that non-white people are not truly “Americans”.

The manifesto the El Paso shooter posted online reflects that he understood and endorsed the president’s political program to a T. The attack, the shooter wrote was “in response to the Hispanic invasion of Texas”. Echoing the president’s logic that cruel conditions of confinement will deter migration, the shooter opined that his use of violence would provide a needed “incentive” for Hispanics to return to their home countries. His violent actions were necessary, he wrote, to save America from destruction.

Trump has launched his 2020 re-election campaign this summer by doubling down on the theme of racial and ethnic division and anti-immigrant hysteria. And as sure as the sun rises in the east, a mere month into this racially charged atmosphere, an extremist suspect fearful of Hispanics gaining political power in Texas decided to go kill as many Hispanics as possible at an El Paso Walmart. It is Trump-inspired terrorism yet again.

The president’s defenders have taken great offense to the notion that any of his actions or rhetoric have contributed to what happened in El Paso, but this defense is deeply flawed.

These messages are not lost on people like the El Paso shooter: “Your president shares your view that immigrants and racial minorities are a scourge on America. They are not deserving of the privileges of citizenship and must be denied political power at all costs. They are animals anyway, so the use of violence is permissible.”

We remain 15 months from the 2020 election. It is staggering to imagine how much more violence this president may motivate if he continues down this deeply disturbing path.