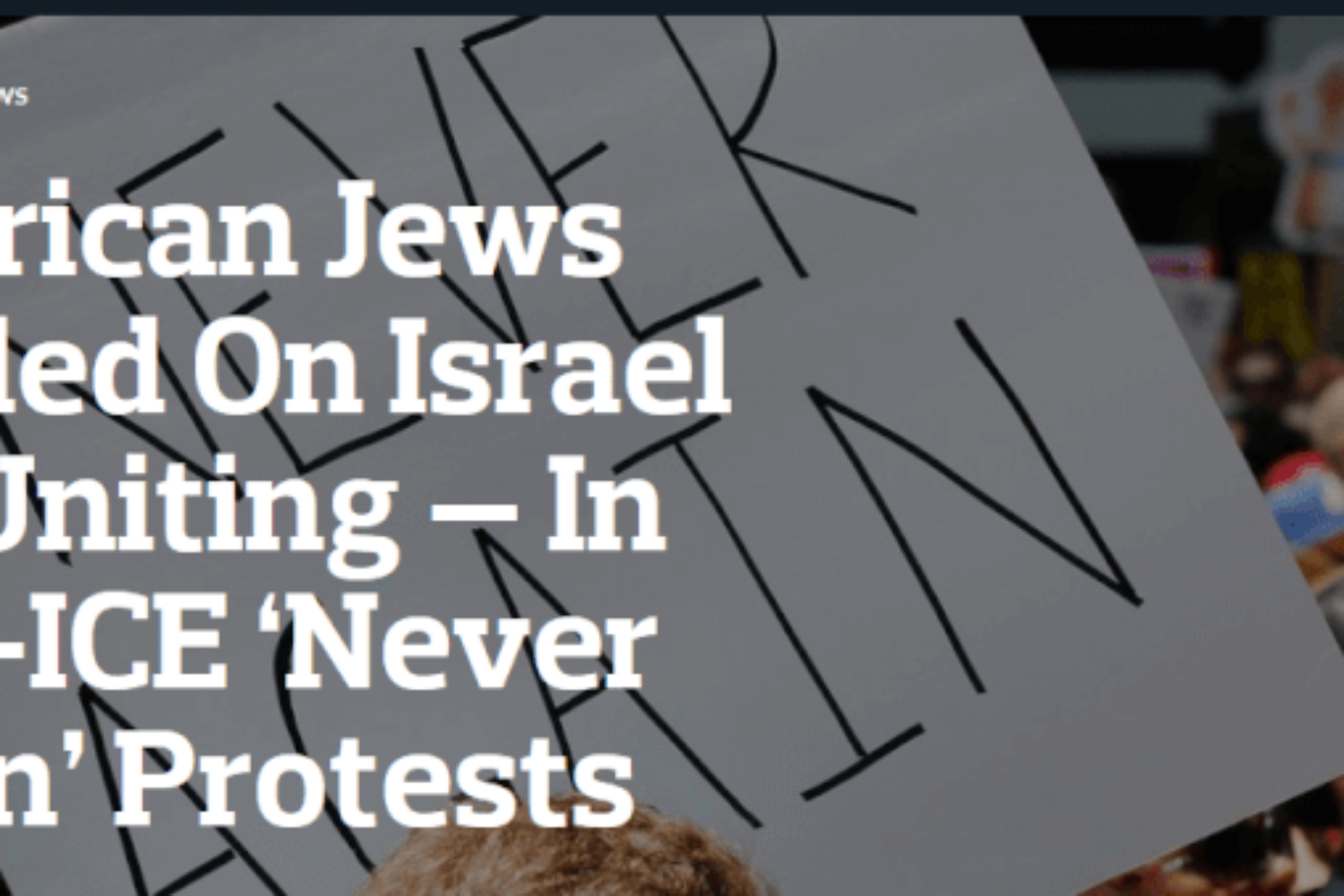 by Aiden Pink and Ari Feldman

If you’re liberal, Jewish and Zionist, it has been difficult to find a home in the earth-shaking activist movements of the past decade.

A leading Black Lives Matter group called Israel an “apartheid state” in its platform. Leaders of the Women’s March earned the ire of many Jews for their unapologetic anti-Zionism and ties to an anti-Semitic preacher. Dyke Marches in Chicago and Washington, D.C. have banned LGBTQ Jews from waving “Jewish Pride” emblems because of their similarities with the Israeli flag.

But with the movement to abolish Immigration and Customs Enforcement, things may be changing.

In recent weeks, a new movement called Never Again Action has organized protests at ICE facilities around the country. Jewish activists singing protest chants in Yiddish and Hebrew have been arrested by the dozen. They’ve invoked the language of the Holocaust to shame the Trump administration’s policies towards undocumented immigrants and asylum seekers.

But unlike in other protest spaces, Never Again Action is a home — at least for now — to broadly Zionist and anti-Zionist Jews alike. Protesters from Israel-critical groups Jewish Voice for Peace and IfNotNow are standing alongside people who would never be members of either. It is a moment of unity, at least on the left, that protesters say is necessitated by the gravity of what they call a crisis in American immigration.

“We’re not here to fulfill a narrative — the good Jew/bad Jew positions on Palestine and Zionism,” said Ari Krasner, a painter and an activist with Never Again Action who is taking part in the group’s Tuesday protest in Washington. “We took action because addressing the border crisis and the treatment of asylum seekers is a moral imperative.”