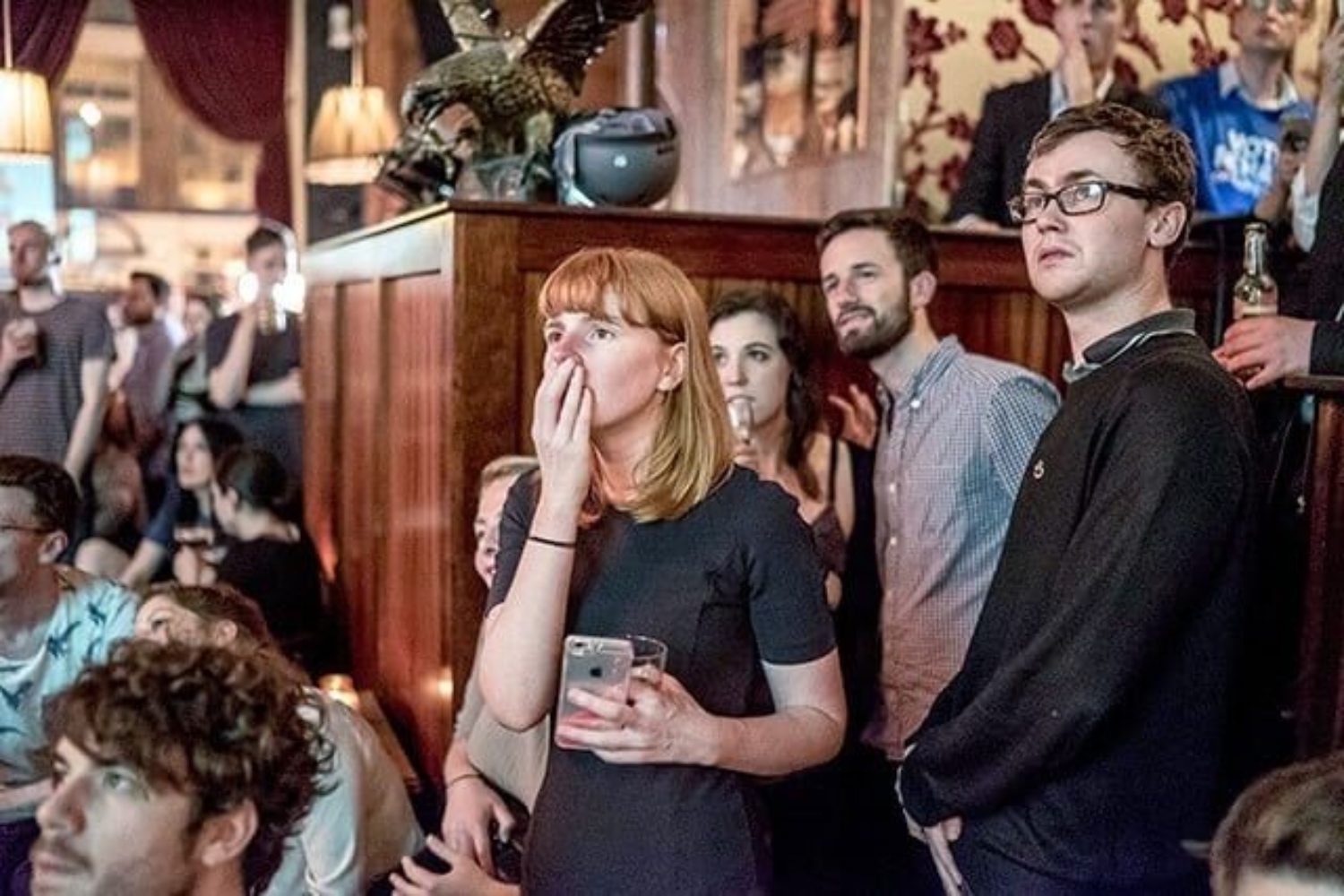 photo above: A woman reacts during a referendum results party at the Lexington pub in London, June 23, 2016. (Andrew Testa / The New York Times)

Theoretically, there was a progressive case to be made for Britain exiting the European Union via the referendum held on June 23, 2016. But the campaign for Brexit — the infelicitous name given the political process — was, from the very first, fought on the grounds of xenophobia and racism. Moreover, what has transpired in Britain since the Leave campaign won has only shown how easily the veneer of civility and conviviality can be peeled back to reveal the virulence of racism and xenophobia seething under the skin of British social life.

Britain was never a part of the eurozone. Therefore, the extensive austerity measures that its Tory/Liberal Democrat coalition government of 2010-2015 put into place, and that the Tory government of 2015 ratcheted up, were its own doing. That said, the austerity measures emanating from the more financially powerful EU states — Germany and France — and imposed upon and massively affecting the economies of countries such as Greece and Portugal were on the forefront of every British progressive’s mind before the EU referendum. It is possible to be a member of the EU and not part of the eurozone monetary sphere — as is the case with the UK, alongside Bulgaria, Croatia, Czech Republic, Denmark, Hungary, Poland, Romania and Sweden.

The EU itself is a massive bureaucratic mechanism, institutional machine and ideological apparatus devised to facilitate the movement of capital, goods, services and people across its internal borders. The free — or relatively unrestricted — movement of goods and capital without encountering tariffs or protection barriers has resulted in the further consolidation of the power of the big manufacturers in Europe as well as unfettered growth in and institutional protection of the financial and banking sector. The EU legal bodies legislate around or regulate some of this free trade, but generally decide in favor of big business over trade unions.