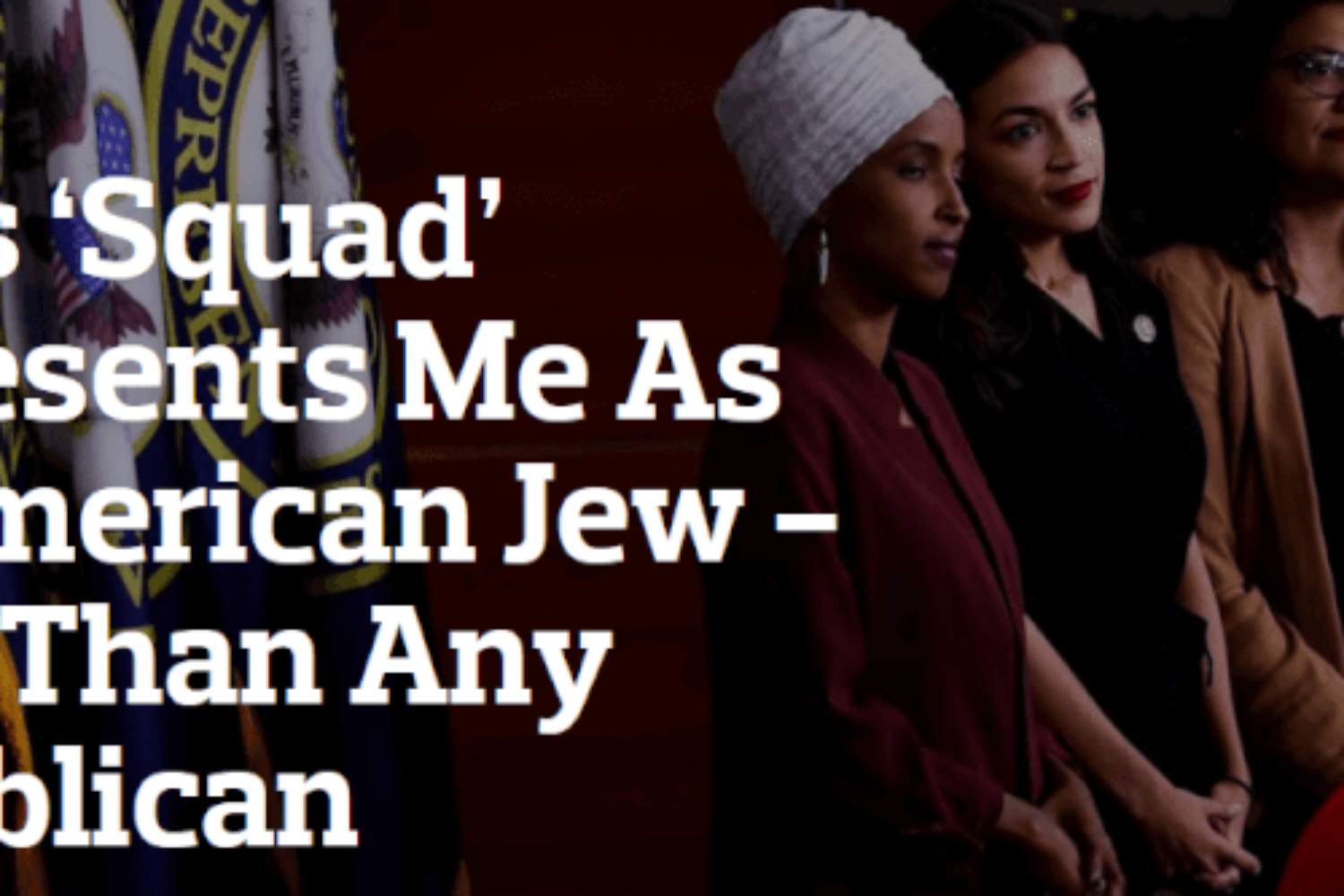 For me as an American Jew, seeing a diverse group of young women who are focused on progressive policies inspires me. As a Jewish woman, social and economic justice are inextricably connected with “Tikkun Olam” – healing the world. “The Squad” champions policies that seek to insure that everyone receives healthcare. They are working to end the epidemic of gun violence, and improve American life for people of all faiths, races, and creeds.

These are Jewish values. These women are my champions, as a Jew.

This is in stark contrast to the other side. The other side is putting babies in cages, failing to condemn neo-Nazis, giving tax cuts to the wealthy, and — yes — making concentration camps on our border.

Trump and Republicans are trying to brand themselves as the “pro-Israel” party. But we Jews know better. I am tired of being gaslit by my government. Seeing an American political party attempt to weaponize my family’s history enrages me in a deeply personal way. The arrogance of the Republican Party trying to tell me what anti-Semitism is, when there are literally two Jewish Republicans in the entire US Congress (two in the House, zero in the Senate) is astounding.

I’m an American citizen. I care deeply about Israel. But I’m capable of caring about Israel while voting based on what I’d like to see happen in the nation I’m raising my family in. Assuming I vote on one issue and one issue alone insults my intelligence.

We Jews know what bigotry and injustice looks and feels like. So when I see Republicans justify the atrocities against migrants at the border, when I see them practice xenophobia against Muslims, and racism against blacks, I identify with these oppressed groups far more than with the oppressor. Because we’ve been there. I don’t want anyone else to experience it on my watch.

I find far more solidarity with the Squad, a group of black and brown progressive women, than I ever will with the Republican Party.