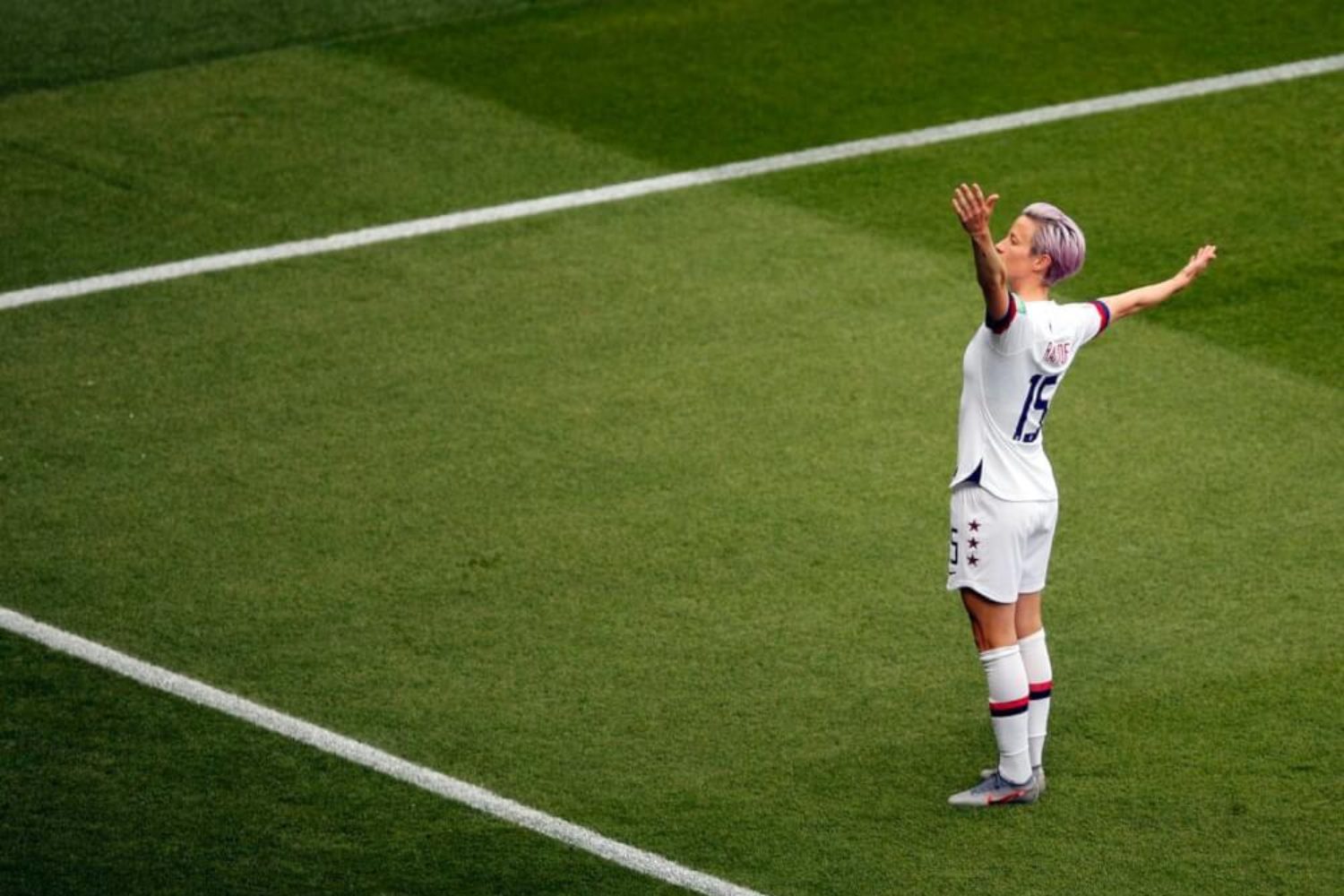 The U.S. women are part of a movement. They won’t be the only female athletes to speak up.

WN: No to “viciousness” cited below. Resounding Yes! to “utter and fearless resolve” as shown in this exceedingly hopeful article…

Last October, Harry Edwards introduced a future already hidden in the present. Women, the noted sociologist predicted proudly, would lead the next wave of athlete activism.

He articulated his theory during a San Jose State program honoring John Carlos and Tommie Smith on the golden anniversary of their 1968 Olympic protest. As the organizer of the Olympic Project for Human Rights that inspired Carlos and Smith, Edwards has an intimate understanding of the power and history of social movements in sports. In American athletics, he will take you through four waves of activism, dating from Jack Johnson becoming the first black heavyweight boxing champion at the turn of the 20th century and struggling in his fight against racist Jim Crow laws.

Women always have been an essential part of the sports world’s ability to prompt change or spark conversation about society’s shortcomings. They are embedded in every victory for progress: Wilma Rudolph, Billie Jean King, Althea Gibson, Martina Navratilova, Kathrine Switzer, the 1976 Yale women’s rowing team, WNBA players protesting for Black Lives Matter. Those are a few of the well-known examples.

“It’s going to be one of the most powerful movements ever to take place in American society,” said Edwards, 76, the professor emeritus of sociology at the University of California at Berkeley. “And women are going to be in the forefront. The main thrust of it is still in front of us.”

They are charming, but more than that, they are fierce. Before his team lost to the United States in the semifinal round, England Coach Phil Neville admired his opponents’ “ruthless streak.” They don’t just want to win; they have to win. Their relentless nature led to a 13-0 humiliation of Thailand to begin this World Cup, a run-up-the-score annihilation that included Rapinoe celebrating the ninth goal of that match as if it were the first. Naturally, the Americans were criticized for the blowout. It made people feel uneasy. It led to arguments about sportsmanship and, annoyingly, the worth of a sport still working toward ideal competitive balance throughout the world.

To hear the players talk afterward, the result seemed to be an unintentional consequence of their dogged sense of mission. It looked like their accidental version of Muhammad Ali punishing Ernie Terrell during the infamous “What’s my name?” fight. Ali’s beatdown was personal; he wanted Terrell and the world to respect that his name was no longer Cassius Clay. But in its own way, Team USA needed to show the world its power.

It’s jarring to witness the full force of this power, and it’s impossible to explain to children why their idols did a very savage thing. Sometimes sports are cruel; all the time, the world is more cruel. It might be best to show grace during most of these fights, but viciousness has its place.

Understand the diabolical opponent the women are fighting when they ask for equality, justice, fairness. There is no end to this game that they must play. There is no time for complacency or reflection or excessive celebration because there is no time, period. Defeating the competition comes naturally; achieving fairness necessitates an endless fight.

Of the struggle — for women, for African Americans, for all minorities — Edwards says: “The oppressor sees every victory by the oppressed as the final concession. The oppressed sees it simply as the next step.”

Like Loading...
leading social change, The U.S. women are part of a movement. They won’t be the only female athletes to speak up.