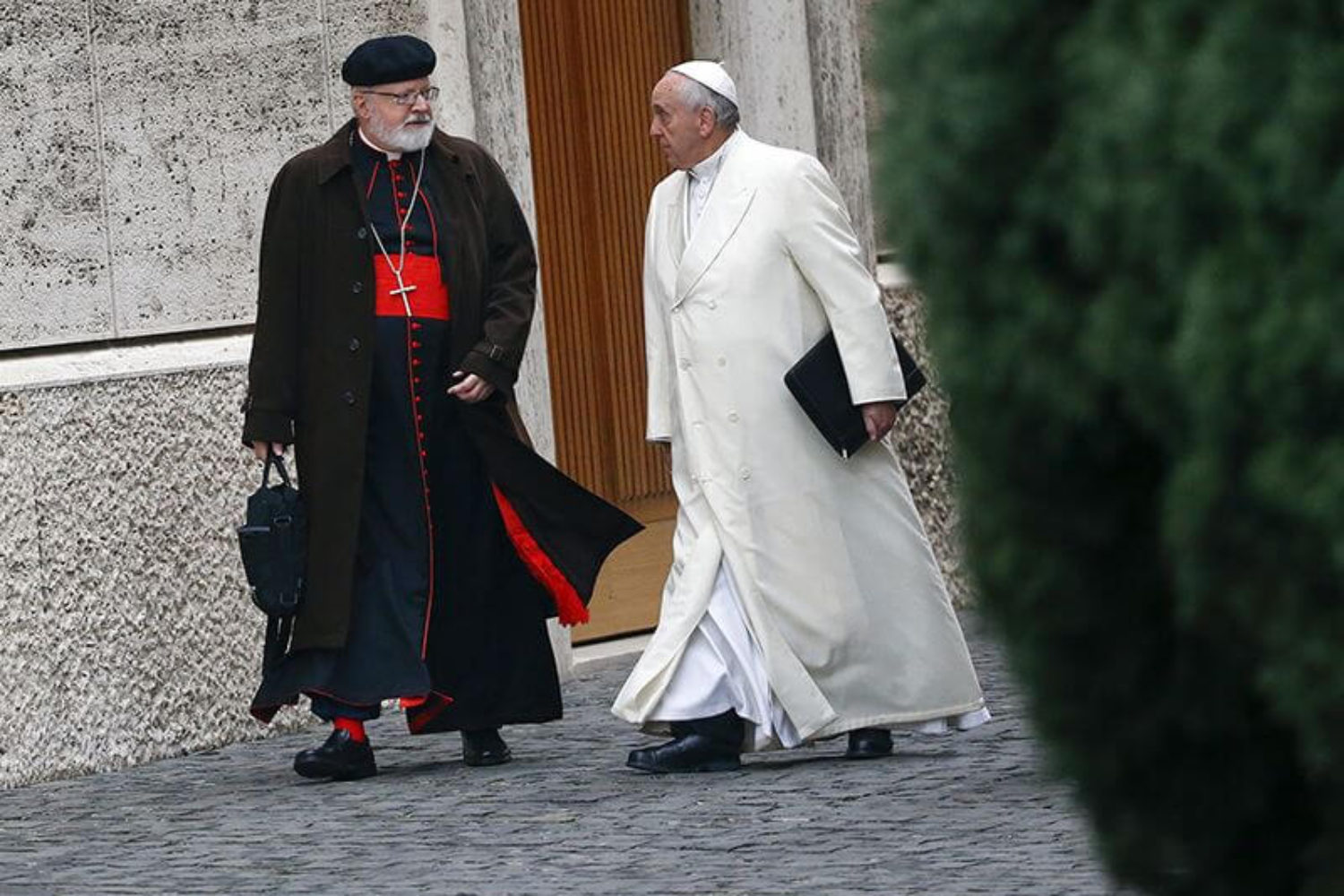 photo above: Pope Francis talks with Cardinal Sean Patrick O’Malley, left, as they arrive for a consistory at the Vatican on Feb. 13, 2015. (Courtesy of Reuters/Tony Gentile)

WN: Given so many cover-ups of the horror of sexual abuse by priests, Pope Francis on down needs to be seen to assure — and oversee facilitation! — of a completely transparent process of finding of guilt or innocence, in every instance of claimed sexual abuse. Anything less harms the Church and Pope Francis’ credibility.

I would argue that both Barros and the victims deserve their day in court, both in civil court and in ecclesiastical court.

Francis is not helping by throwing around accusations of slander and calumny. It is wrong to declare, before the process is completed, that he is convinced the bishop is innocent and his accusers are lying. His job is to see to it that there is a transparent and legitimate process in place to handle such accusations and then get out of the way. To appoint a bishop to a new diocese before his name was cleared was a serious mistake. Francis’ advisers were correct; the bishop should have taken a sabbatical.

The fundamental problem is that the church has no process for judging bishops that is transparent and has legitimacy with the public.

The bishop may or may not be innocent, but no one will trust a secret process that involves clerics investigating clerics, clerics judging clerics.

The past decades have shown that no profession is good at judging its own, whether police, doctors, lawyers, teachers, politicians, government workers, athletes, coaches, entertainers, spies, the military or clergy. Too often colleagues look the other way and don’t want to believe that their friend is guilty. When guilt becomes apparent, there is the temptation to deal with it internally and keep it secret lest the profession suffer.

It took too long, but the church now has procedures in place for dealing with abusive priests that involve lay review boards, suspension while an investigation takes place, collecting evidence, hearing from victims and zero tolerance for abusers. It is not a perfect system, and sometimes it is ignored, but at least it exists.

There is no similar process for handling accusations against bishops for failing to report and deal with bad priests.