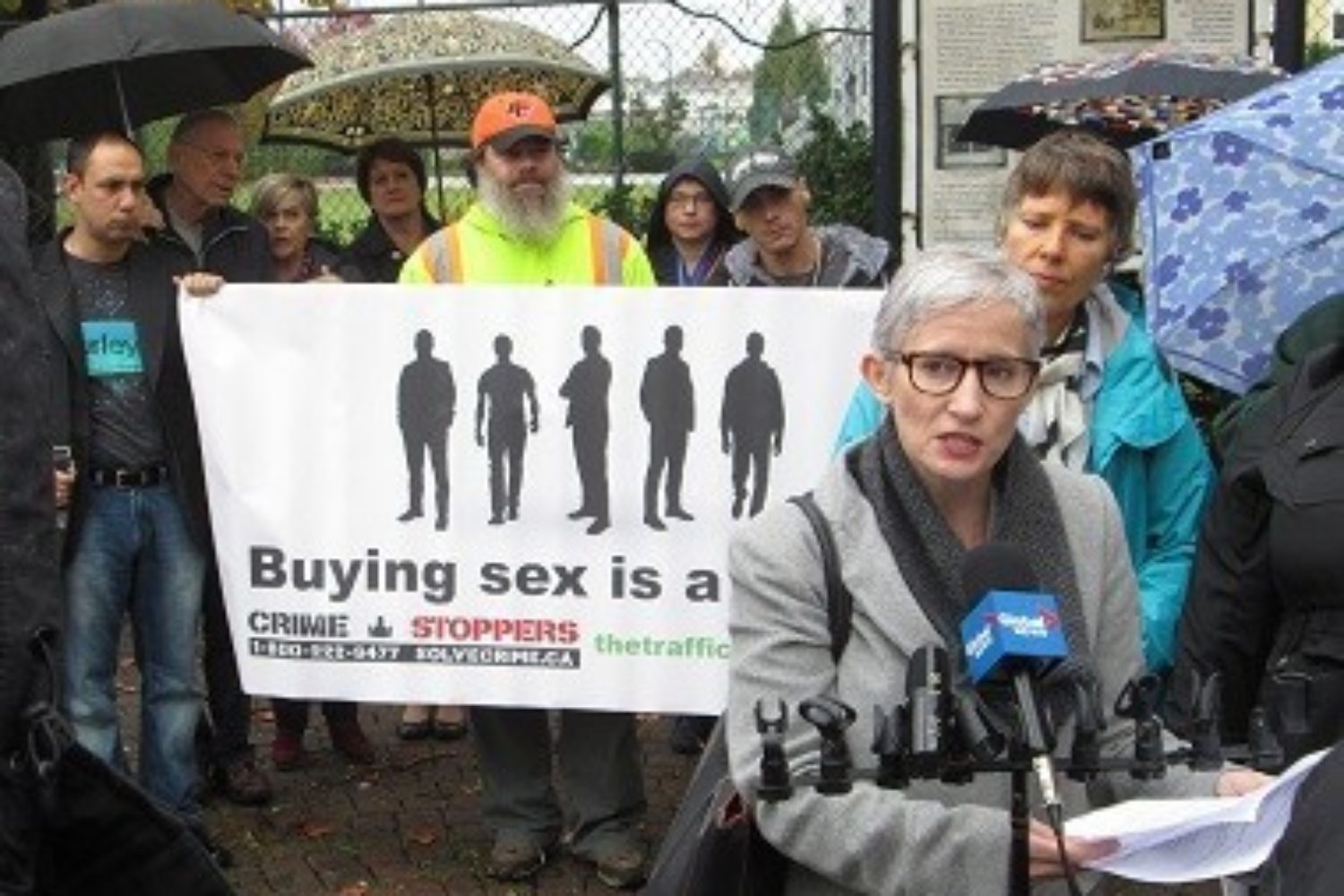 photo above: Gwendoline Allison was one of several speakers at an October 18 press conference / rally which urged the police and government to enforce Bill C-36.

Two years ago the federal government passed Bill C-36, which made the purchase of sex illegal. So far, however, no one has been arrested in British Columbia.

On Tuesday (October 18), a coalition “working to eliminate the exploitation of women, youth and girls” held a press conference / rally at the corner of Joyce and Kingsway; speakers representing several groups called for police enforcement of that legislation. (See thetraffickedhuman.org for more information on the movement and the groups involved.)

Vancouver’s Mayor Gregor Robertson attended a conference last summer hosted by the Holy Father Pope Francis on climate change. Mayor Robertson was one of 200 mayors there, and the only Canadian. He signed a declaration on climate change and human trafficking which includes aiming to end prostitution.

At the same time, we commit ourselves to ending abuse, exploitation, trafficking and all forms of modern slavery, which are crimes against humanity, including forced labor and prostitution, organ trafficking and domestic servitude