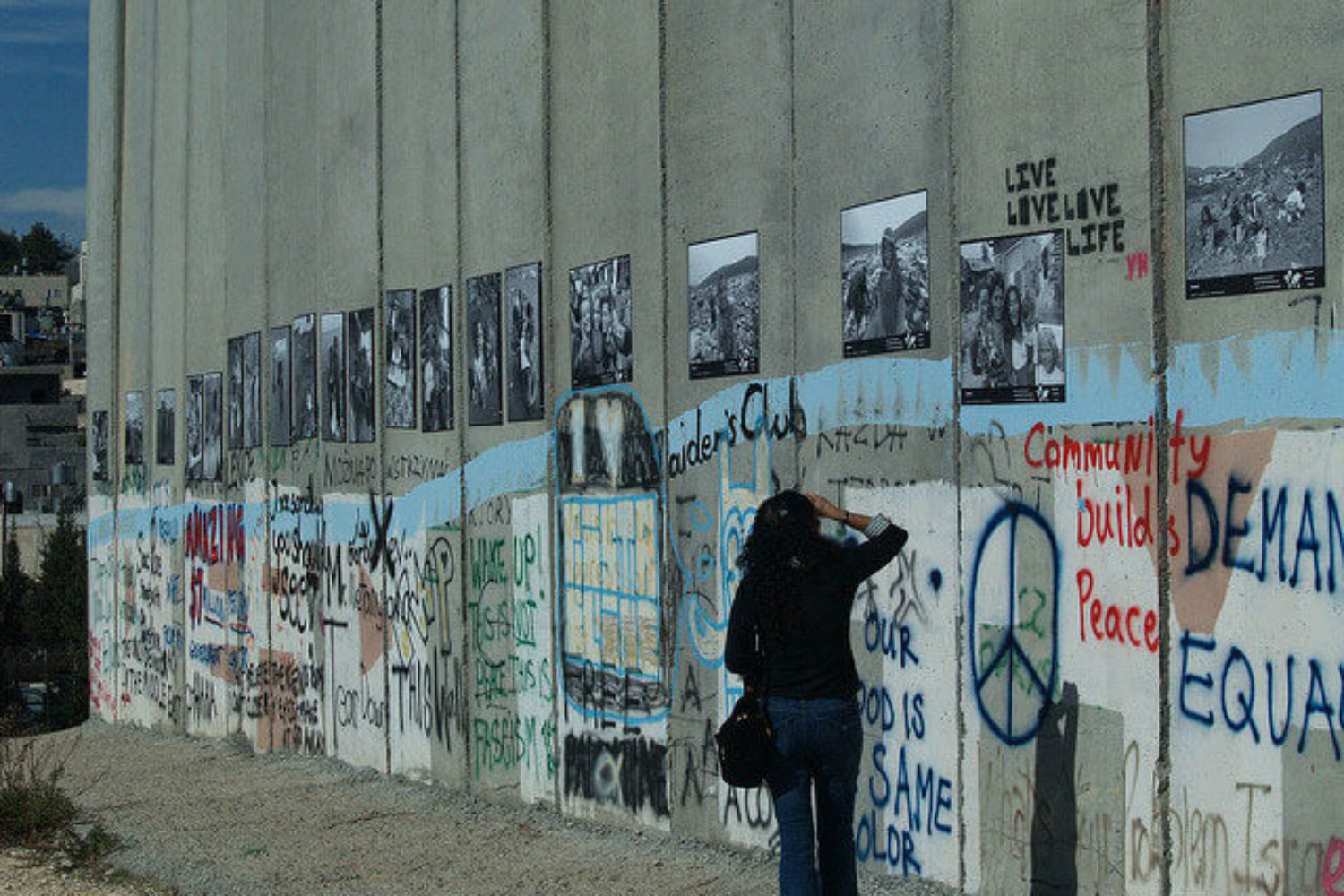 photo above: A person stands by the partition wall separating Israel and Palestine. (Photo: Fellowship of Reconciliation-USA)

I met Yoav Tamir at the Labor Notes conference in Chicago this past April. Young, lanky, and with a scruffy trace of a beard, he looked like any number of activists at what is the most progressive, unruly wing of labor movement in the U.S. I heard organizers talk about leading strikes in strawberry fields, even in U.S. prisons, yet what I learned about him literally stopped me in my tracks: a Jewish Israeli, he organized Palestinian workers on Jewish-only settlements in the occupied West Bank. I’d never heard of such a thing.

Yoav is an organizer with the new Israeli labor union, Workers Advice Center, or WAC-MANN. WAC-MAAN was founded in the late 1990s as (as its name might suggest) a workers’ advice center, and began organizing unions and negotiating contracts in 2010. A product of both deepening austerity within Israel as well as the wave of uprisings in the Arab world in 2011, WAC-MAAN organizes both across the racial line and across the Green Line, doing what no other labor organization in Israel or Palestine’s history has done: create a multi-ethnic, bi-national workers’ movement.

But to call WAC-MAAN simply a labor union is not quite accurate. While they do negotiate contracts, they are also a social movement, organizing in the interests of the entire multi-ethnic working class of the two national cultures, Israeli and Palestinian.

WAC-MAAN organizes the unemployed in East Jerusalem, helps workers find jobs, protests against lax safety rules that threaten the mostly Arab construction workers, and even helps sustain an olive-oil plant run by mostly Arab Israeli women. We would have to go back to the 1930s or even 1880s in the U.S. to find a union with such a broad social mission.

Perhaps more remarkable is, I would argue, WAC-MAAN’s non-Zionist character. Unlike the Histadrut, Israel’s main labor organization, WAC-MAAN organizes without regard to nationality and makes a point to organize Arab Israeli and Palestinian workers. The political implications of this are clear to the organization. As Yoav explains, this democratic, bottom-up approach is the means by which both a new democratic culture can be born west of the Jordan River, “a society here that will be able to sustain peace,” in Yoav’s words. He sees WAC-MAAN as part of the wave of democratic movements that formed the Arab Spring.