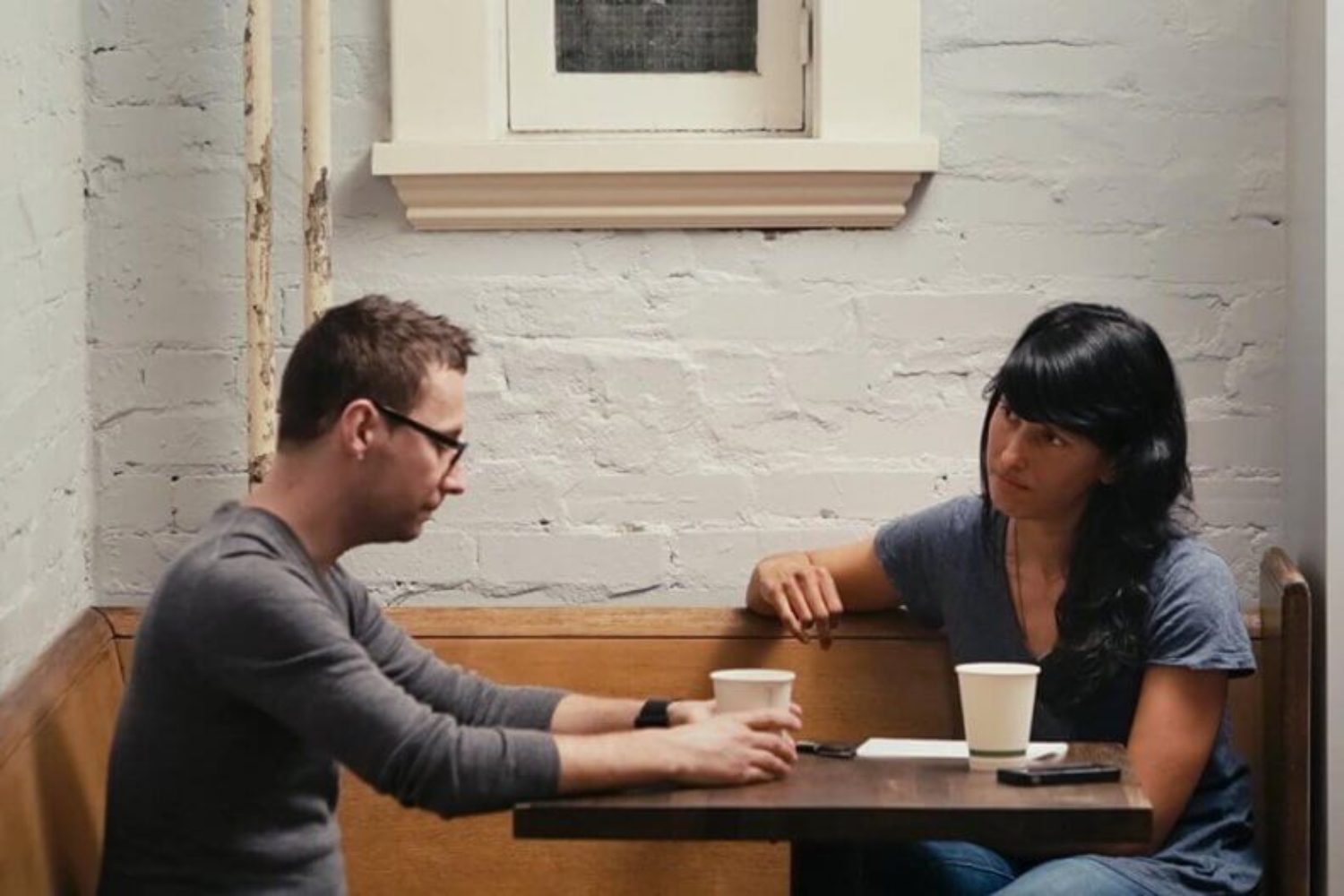 WN: This is a riveting film about a former couple who meet up 20 years after the male subjected his partner to horrific violence in their relationship, before she finally, after two years, breaks away.

It is brilliantly edited, and offers great hope and insight to women who are abused, as well as huge challenge to men who do the abuse. Every member of society can/must learn to stop abuse of women/partners! This film is great incentive to precisely that.

Below is excerpted from the official notice of its TV premiere. Note that you may view it livestreamed tomorrow evening (and perhaps thereafter).

In my Restorative Justice work over the years, I learned to shift the unusually overwhelming Criminal Justice System focus away from the offender to the victim. In that light, one might have created a title such as: “A Thriving Woman Engages Her Abuser”, or “An Abuse Victim Challenges Back”, or “A Battered Woman Finds Her Voice”. Or even, in keeping with the title, “A Better Way”. Something like that.

And yet I will show you the most excellent way. If I speak in the tongues of men or of angels, but do not have love, I am only a resounding gong or a clanging cymbal…

This is a must-see for all involved in working with battered women; for all involved in working with the perpetrators of violence against women, for all women who need to find their path away from the horror of abuse; for all men who need to learn a “better way“, which in biblical terms (see adjacent: I Corinthians 12:31ff) leads to a panegyric to full-orbed love (I Corinthians 13:1 – 13).

A Better Man makes its television debut on TVO tonight at 9pm and 1:30am in commemoration of International Day for the Elimination of Violence Against Women.  Other broadcast dates include:
• Sunday, November 26 – 11pm – Also available to stream across Canada at TVO.org
• Wednesday, November 29 – 9pm and midnight
• Wednesday, December 6 – 9pm and midnight – Special 1-hour presentation to honour National Day of Remembrance and Action on Violence Against Women

featured therapist Tod Augusta-Scott of the Bridges Institute, and Higher Unlearning‘s Jeff Perera to discuss the film.  Watch their segment hosted by Nam Kiwanuka, who also courageously wrote about her own experience of finding peace after abuse.  You can also read co-director Attiya Khan’s piece with The Agenda.

To help unpack the film, we have discussion guides that can be downloaded from abettermanfilm.com/resources.  We’ve created one especially for men who host their own viewing groups for male friends and family.  In partnership with the Canadian Labour Congress, we also have a guide to help unions discuss A Better Man and domestic violence with their members.

Following a series of intimate conversations between a former couple who lived through two years of domestic abuse, A Better Man infuses new energy and possibility into the movement to end violence against women.

The program also featured It Was Me, the interactive companion to our documentary: abettermanfilm.com/interactive.  The project shares the personal stories of six men who have begun their journeys toward nonviolence. Steph Guthrie, the interactive’s co-director, spoke about the piece on CBC Radio’s Metro Morning and Ontario Morning.