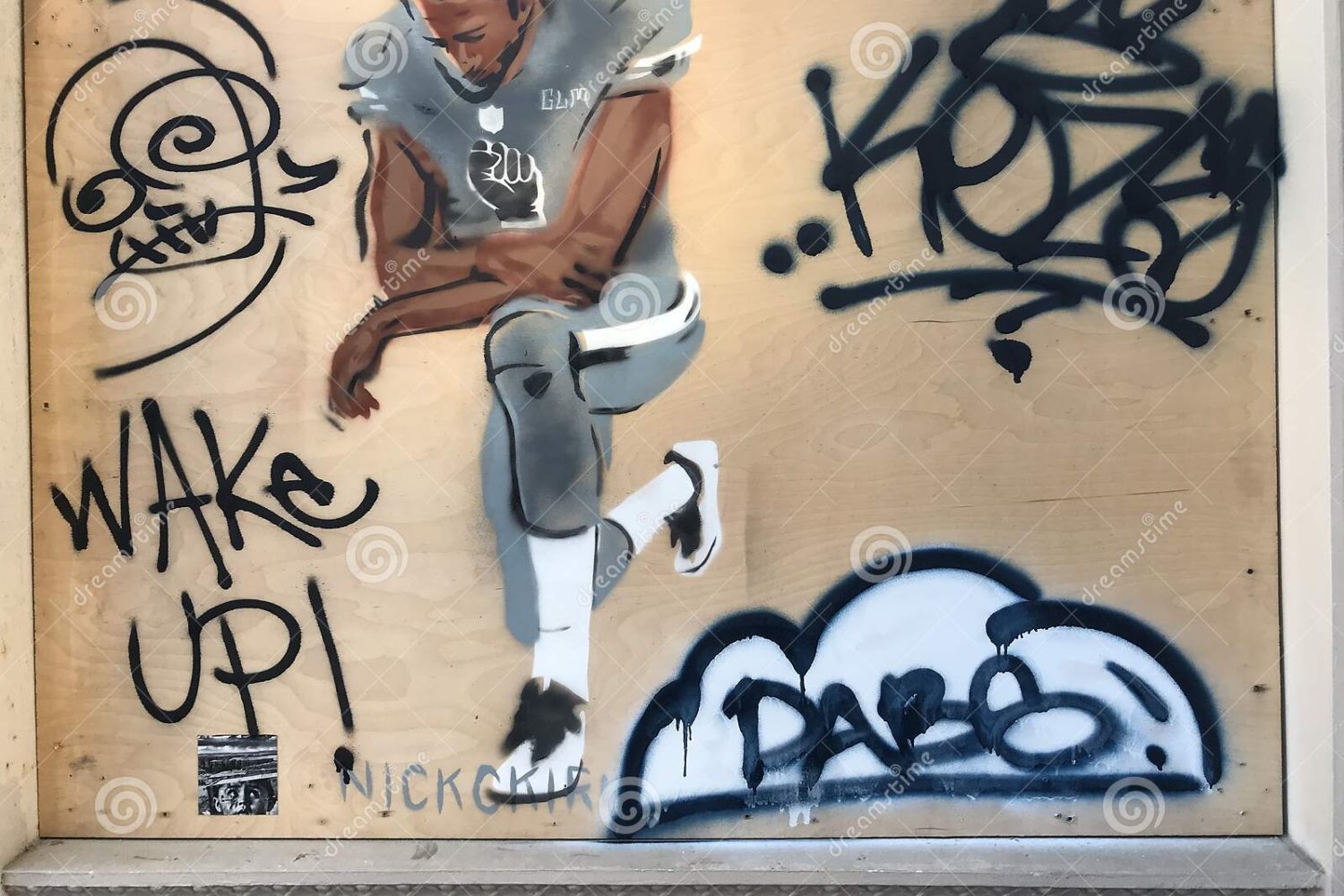 How Colin Kaepernick Beat the NFL

His settlement with the league is a major victory for the leader of the league’s protest movement.

WN: Moral of the story: One can stand up to bullies (of whom Trump is the apotheosis and quintessential Ugly American Bully) and win!

Another great article about Kaepernick is: “What Christians Can Learn From Colin Kaepernick“. Its subtitle reads: “Exploring the big questions about allegiance, patriotism and the Bible.”

On Friday, the NFL and representatives for Colin Kaepernick and Eric Reid announced that they had settled a grievance suit with the two players over alleged collusion to keep them out of the league because of their protests during the anthem.

“For the past several months, counsel for Mr. Kaepernick and Mr. Reid have engaged in an ongoing dialogue with representatives of the NFL. As a result of those discussions, the parties have decided to resolve the pending grievances,” the NFL and Kaepernick and Reid’s attorneys said in a joint announcement. “The resolution of this matter is subject to a confidentiality agreement so there will be no further comment by any party.”

Although the precise details of the settlement are as of yet unknown, it’s difficult to view the resolution as anything but a victory for Kaepernick and Reid. It will certainly be a win for the players financially. Bleacher Report’s Mike Freeman reported that NFL teams were speculating the settlement with Kaepernick alone could have been in the $60 million to $80 million range.

Both the Kaepernick and Reid grievances cited President Donald Trump’s role in pressuring NFL owners to bar any players who protested during the national anthem. The New York Times reported that NFL owners held a closed-door meeting in October 2017 in which a number of them appeared terrified of Trump. The Wall Street Journal further reported that Dallas Cowboys owner Jerry Jones had been asked by Trump to deliver a message to the owners about the protest movement. “This is a very winning, strong issue for me,” Trump said, according to the Journal’s account of Jones’ deposition. “Tell everybody, you can’t win this one. This one lifts me.”

Now it appears that listening to Trump on the issue may have cost owners—and won Kaepernick—many millions of dollars without doing anything to stop the years-long discussion around police brutality and systemic racism that Kaepernick, Reid, and other NFL protesters helped generate.

Meanwhile, Kaepernick has been honored by multiple human rights organizations for his stand for social justice, and in September was made the face of a new Nike campaign that used his status as a modern-day civil rights icon to sell sneakers.

At the same time, the NFL has backed down in the face of other legal challenges from attempts to create rules blocking protests. It’s unclear what will happen in the future on that front, but it seems as though that question will now be answered in negotiations between the league and the NFL Players Association and not unilaterally by Roger Goodell and the NFL’s owners.

Please click on: Colin Kaepernick, the NFL and Bully Trump