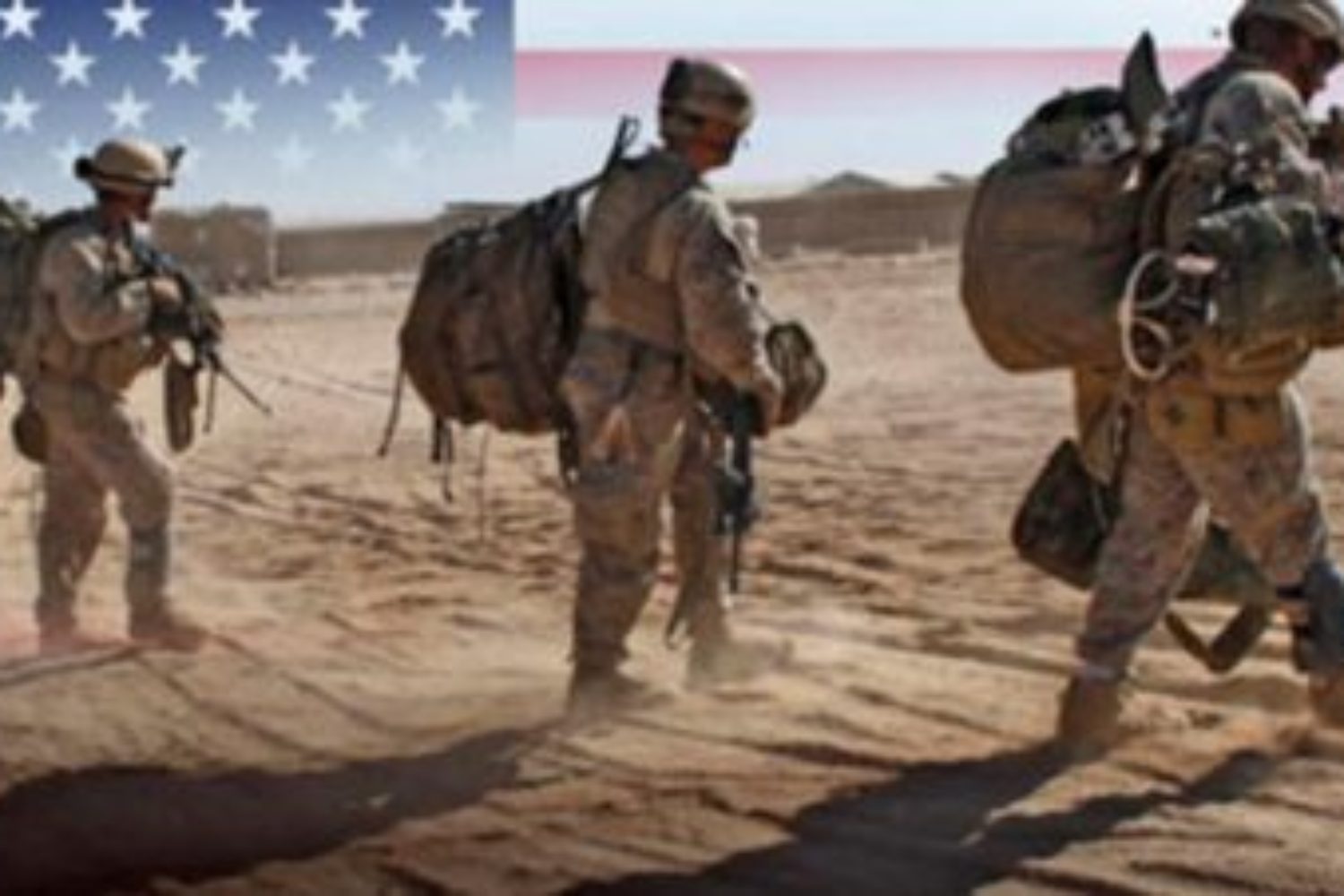 Listen to this article
By Sara Flounders
Global Research, December 27, 2018

WN: What is indisputable is the U.S. remains singularly guided in the Greater Middle East (as everywhere else in the world) by unapologetic imperialist impulse. It is also indisputable that Israel is likewise an imperial power which not only does the bidding of the U.S., but also unabashedly pursues empire. Faith in the Face of Empire by Palestinian theologian Mitri Raheb brilliantly discusses this perennial reality in Palestine.

Meanwhile, against all possible odds, the Palestinian resistance continues against U.S.-proxy Israel. This resistance is a 21st-century reality that even the latest generation of U.S.-provided weapons cannot seem to reverse.

Despite the confident, aggressive tone of Trump’s sudden announcement, it nevertheless reflects a diminishing U.S. capacity to dominate the world — regardless of who is in the Oval Office. The current media and political brouhaha is about where to lay the blame for this diminished capacity, and how to reverse the slide of U.S. power.

Media speculation is that Trump, faced with a wall of political opposition for his racist, sexist and anti-migrant actions, is cynically trying to shore up his own base. Though Trump’s base is racist and right-wing, it sees no interest for itself in another U.S. war — just like every other sector of the U.S. masses.

Trump actually made campaign promises to withdraw U.S. troops from Syria and end U.S. involvement in Afghanistan — but no one in U.S. ruling circles expected him to follow through on those promises.

Syria has been targeted by the U.S. for decades based on its militant Arab nationalism, its support of the Palestinian struggle, its opposition to the Israeli state — which is an imperialist beachhead in the region — and its nationalized oil and state-regulated economy.

Before being placed on the U.S. hit list, Syria had a relatively high standard of living and rate of development in the region.

The U.S. effort to destroy Syria moved into high gear when President George W. Bush included Syria in his 2002 “Axis of Evil” list of countries slated for overthrow. In 2013, Washington imposed  economic sanctions on Syria that were intentionally dislocating. Washington charged Syria with not making the “right decisions” at the time of the 2003 U.S. invasion of Iraq.

Wikileaks documents exposed CIA subversion plans in 2006, and its efforts in fomenting dissent and supplying weapons drops by 2009.

In 2011 U.S. operatives began to manipulate the mass ferment that toppled U.S.-supported military dictatorships in Egypt and Tunisia, called the “Arab Spring.” This ferment gave the U.S. an opening for undercover efforts to topple the anti-imperialist governments in Libya and Syria.

Seven months of U.S. bombing did succeed in ripping apart Libya in 2011, thereby shredding every development gain in a country that had enjoyed the highest standard of living in Africa. The extensive development aid that Libya had provided throughout Africa was left in ruins. The U.S. immediately seized the opening to position new military bases throughout Africa.

Obama administration officials, especially Secretary of State Hillary Clinton, all but announced that they expected a similar and even faster success in Syria. The early predictions were that, under direct U.S. pressure, the Syrian government would collapse within weeks.

Washington invited all its allies to participate in the shredding of Syria. Not wanting to be left out of the promise for future looting, France, Britain Turkey, Canada, Australia, Saudi Arabia, Qatar and the UAE funded proxy attack forces. Jordan provided open-border training camps. Israel provided backdoor access through the Syrian province of Golan that Israel has occupied since 1967.

Russian and Iranian assistance to Syria is defensive in character.

If the U.S. were to succeed in overturning the government in Syria — as it did in Iraq and Libya — certainly Russia and Iran, which both resist U.S. domination, seem likely to be next on the U.S. list for attack.

The antiwar movement also needs to remain vigilant. U.S. forces are still massed on the ground in the Near East, in drone bases in African countries, in naval convoys off the shores of China and in the Far East.

There are still U.S. troops, aircraft carriers, nuclear subs and drones in the immediate area of Syria, looking for a new opportunity or a staged provocation.

As the Pentagon did in Iraq, there are many ways to rebrand or rename U.S. troops in Syria and launch a new imperialist initiative.

Antiwar and progressive forces need to maintain a clear and consistent demand to bring all U.S. troops and advisors home, close the bases, and end all occupation and sanctions.

Note to readers: please click the share buttons above. Forward this article to your email lists. Crosspost on your blog site, internet forums. etc.