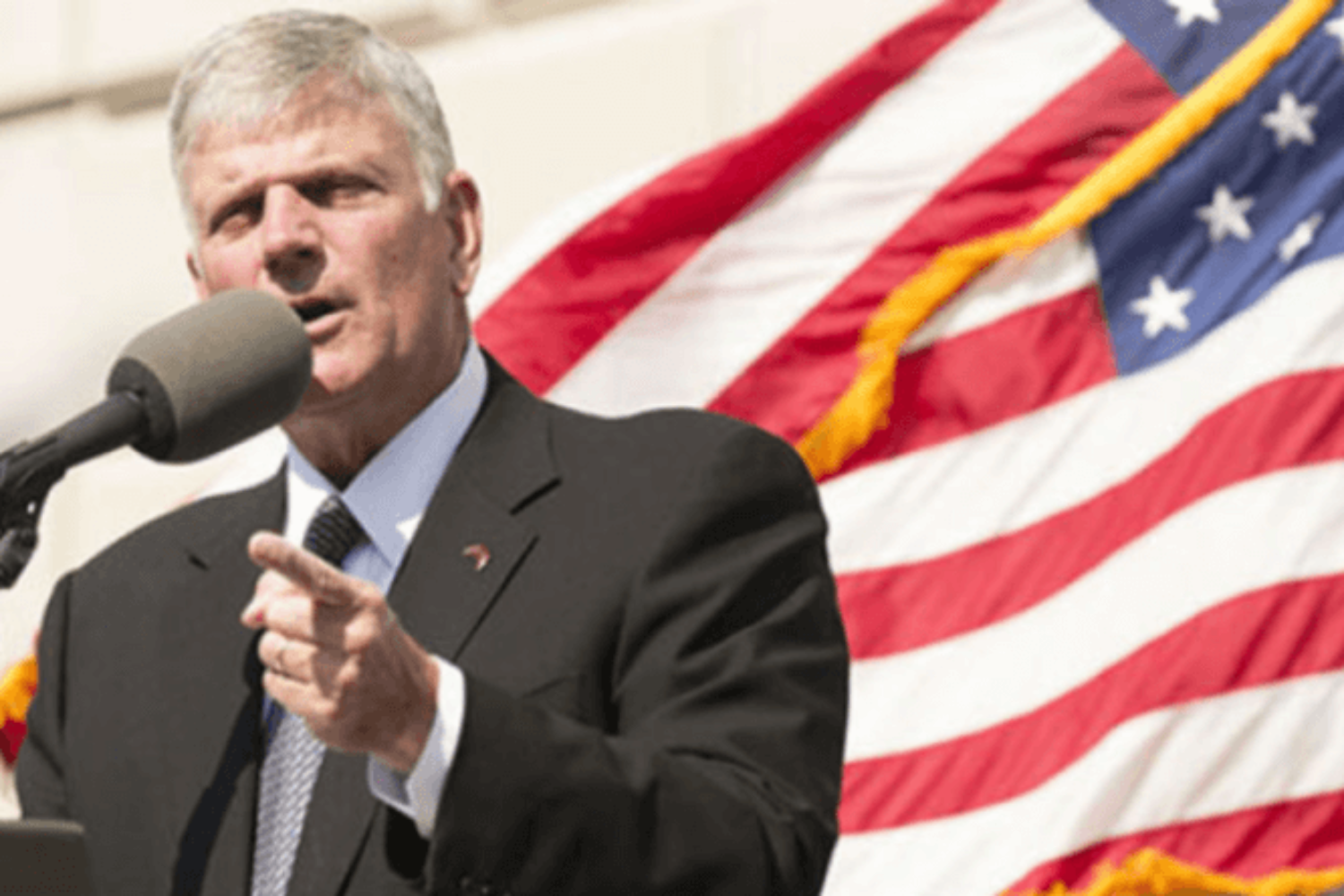 Constantine in Canada: The Conservative Evangelicals

WN: Years ago, I wrote an editorial in The Mennonite, a U.S.-based periodical, about evangelism being carried out – without the Gospel.  The Editor later informed me that he had never received so many angry Letters to the Editor attacking my article in his entire time in that position. It did not help that he chose to place in the centre of the page-long piece an iconic photo of Billy Graham, Bible open, preaching the “Gospel”! Sigh… (Billy Graham was of course throughout most of his career unofficial Chaplain (or “patron saint”)  to American Empire and the Oval Office.)

When I recently suggested to a friend who became a Christian through evangelist Francis Schaeffer of L’Abri Fellowship fame that there is all-too-often an “evangelism without the Gospel”, he bristled at my claim that this kind of “evangelism” is a heresy (false direction), if not attended by the Gospel – of which The Sermons on the Mount and Plain (Matthew 5 – 7 and Luke 6) are central.

Once again, such an anti-Gospel has reared its ugly head in Canada, this time in Vancouver with the invitation to Franklin Graham (the famed evangelist’s son) to be the keynote speaker at a “Festival of Hope” taking place this coming weekend. Indeed, with that, Constantine is coming to Canada in what is represented by Franklin Graham, and the conservative Christians who read the Judeo-Christian story as something apart from centrally a centuries-long account of call to rejection and subversion of Empire and Empire ways in all their manifestations. Since last century, the latest iteration of anti-Christ Empire is the American Empire, fully embraced by a majority of Evangelicals south of the border – and too often north of it too (and in many other places as well).

There had been a tragic history for Christians (never consistent, of course) of Christians being persecuted for their faith. When Constantine came to power, he reversed such a position and made Christianity the official religion of the Roman empire. Most thoughtful Christians, of course, were acutely aware that the interests of the state and church were not the same, and when push came to shove, the standards of the church took precedent over the state or empire. This did not mean Christians of the Late Antique world were anti-statist—to quote Thomas More, “the King’s good servant, but God’s first”. Most of the Fathers/Mothers of the Church knew the difference between ultimate, penultimate and antepenultimate concerns and priorities. But, there lingers the notion that when the church becomes subservient to the power structure of the state, Constantine has returned. How is such a reality being played out by conservative evangelicals in Canada today?

Missions Fest (MF) in Vancouver in January 2017 hosted an event in which many Christian booths advertised their vision of faith, but of these many booths, Christian Zionists (some with flags of Israel proudly flying) were given ample space but Palestinian Christians were not given a booth. Christian Zionists tends to be uncritically supportive of the state of Israel , and, now Trump is in power, the close relationship between the USA and Israel is firmly entrenched. Is this not a contemporary form of Constantine alive and well?—Christians genuflecting to two states (USA-Israel) and in the process legitimating a tale of two cities in Israel-Palestine.

Festival of Hope in Vancouver (March 2017) has had a turbulent history. The keynote speaker (Franklin Graham—son of Billy Graham) has a predictable history of being on the far right (neither as wise nor as moderate as his father). Franklin Graham offered uncritical support to Donald Trump (as a sort of new David and Moses), has trashed Islam (calling it an evil religion) and certainly lacks minimal sympathy for immigrants and many others. The deeper probes in Samaritans Purse reflect right of centre tendencies also. The fact a substantive element of the church in Vancouver (conservative evangelicals) would bring Graham to Vancouver, given his many questionable comments and support of Trump, speaks much about a Canadian-American form of Constantine incarnate—indeed, as T.S. Eliot would note, such strange gods.

The Evangelical Fellow ship of Canada (EFC) and the Centre for Israel and Jewish Affairs (CIJA) have formed a warm and friendly dialogical arrangement—needless to say, the fate of the Palestinians is kept far from the ongoing and deeper dialogue (if it can be called that). The EFC engagement with CIJA speaks much about the way conservative Christians are quite willing to work with Zionist Jews (who, of course, are quite supportive of the state of Israel). Needless to say, there are many secular and religious Jews who are deeply critical of the state of Israel. But, when EFC and CIJA join affectionate hands (Canada remains one the strongest supporters of Israel in the world), we see, all so clearly, those of faith bowing to Constantine yet once again. Trudeau is no more likely to criticise Israel than Harper (ironically, Trudeau and Trump are on the same page on Zionism). EFC & CIJA and Trudeau &Trump–even stranger gods.

The fact Missions Fest, Festival of Hope and EFC-CIJA take the positions they do reflect and embody a form of reviving Constantine in Canada, and it is, for the most part, conservative evangelicals that are the apologists and evangelists of such a position.