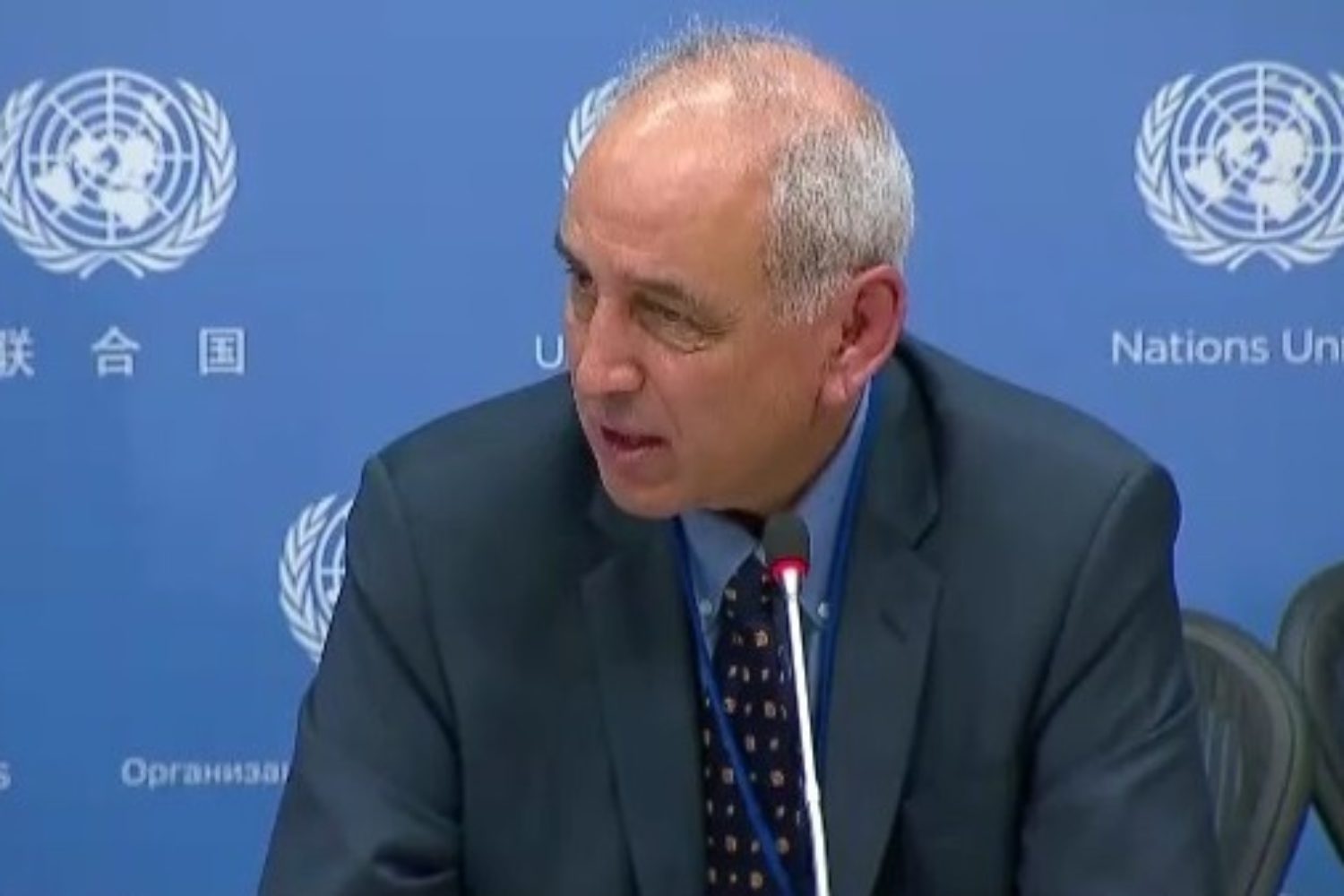 NEW YORK (27 October 2016) – Palestine’s right to development is being denied by Israel, creating an environment plagued by poverty, “epic” unemployment and economic stagnation, according to a new report from a United Nations human rights expert.

Michael Lynk – the UN Special Rapporteur on the situation of human rights in the Palestinian territories occupied since 1967 – expresses deep concerns about the situation in the Occupied Palestinian Territory (OPT), in the context of the right to development.

He calls on Israel to bring a complete end to almost 50 years of occupation, describing an atmosphere of “despair and hopelessness” among Palestinian citizens.

“The Palestinian economy is without parallel in the modern world,” said Mr. Lynk, delivering his first report* to the UN General Assembly in New York. “Israel’s occupation is denying Palestine’s right to development and severely hampering its ability to attain even the minimum targets of the Sustainable Development Goals (SDGs).

“Poverty is rising. Unemployment is rising to epic levels. Food insecurity is becoming more acute. The Palestinian economy is becoming more stifled and less viable under the occupation,” the expert said. “Israel’s deliberate fragmentation of the OPT and lack of development has negatively impacted human rights.”

“This occupation – which will be 50 years old in 2017 – is seriously deficient in its respect for the legal principles and obligations embedded within the right to development,” said Mr. Lynk.

“The deepening of the occupation, the constriction of basic human rights and the utter absence of a political horizon leading to self-determination for the Palestinians have reinforced an atmosphere of despair and hopelessness,” he stressed.

The Special Rapporteur said he had not received a reply from the Israeli government to his request to visit the OPT, noting the duty of Member States to cooperate with the UN human rights mechanisms as a fundamental obligation.

Mr. Lynk met civil society groups, international organizations and Palestinian government officials during a visit in July 2016 to the Jordanian capital, Amman, where he also received submissions for his report.

The Special Rapporteur praised human rights groups in the region for their inspirational courage and commitment.

“They face scorn, and worse, from those invested in the violation of human rights, and yet they remain more committed than ever to their invaluable work,” Mr. Lynk told the UN General Assembly. “The consistently high quality of their research, their reports and their activism is an inspiration to the rest of us.

“If a just and compassionate peace is ever to come to the Middle East, we will owe much to these fearless advocates,” the Special Rapporteur highlighted.

This year marks the 30th anniversary of the adoption of the Declaration on the Right to Development adopted by the General Assembly in 1986. It provides that every human being and all peoples have an inalienable right to economic and social development that is equitable and just, and fully observant of all human rights. This Right applies with full force to a territory under occupation. Check the declaration:
http://www.ohchr.org/EN/ProfessionalInterest/Pages/RightToDevelopment.aspx

In 2016, the UN Human Rights Council designated Mr. Michael Lynk (Canada) as the seventh Special Rapporteur on the situation of human rights in the Palestinian territories occupied since 1967. The mandate was originally established in 1993 by the then UN Commission on Human Rights. As a Special Rapporteur, Mr. Lynk is part of what is known as the Special Procedures of the Human Rights Council. Special Procedures, the largest body of independent experts in the UN Human Rights system, is the general name of the Council’s independent fact-finding and monitoring mechanisms that address either specific country situations or thematic issues in all parts of the world. Special Procedures’ experts work on a voluntary basis; they are not UN staff and do not receive a salary for their work. They are independent from any government or organization and serve in their individual capacity. Learn more, log on to: http://www.ohchr.org/EN/HRBodies/SP/CountriesMandates/PS/Pages/SRPalestine.aspx