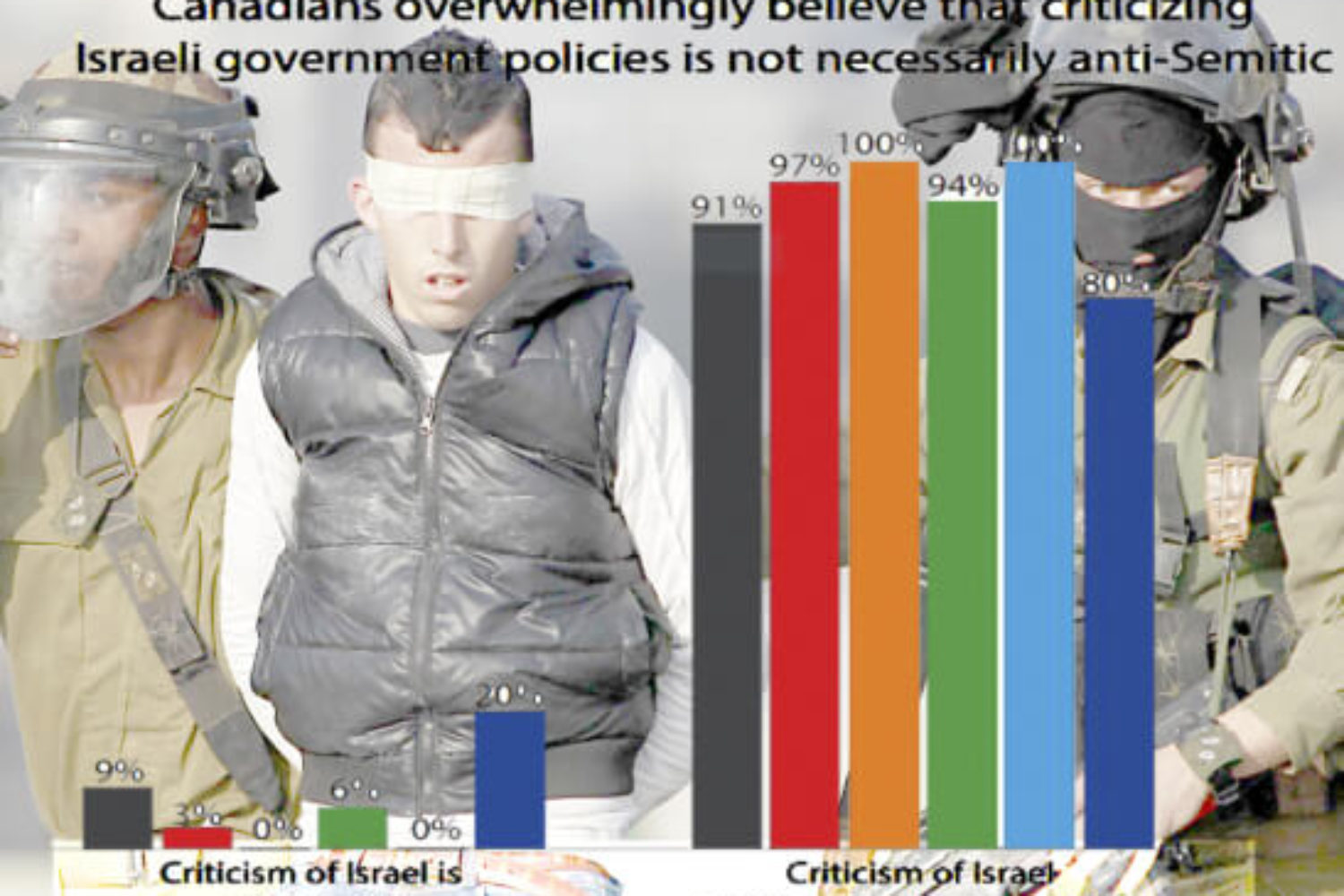 Disconnect: Canadians’ views of the Israeli government vs. Canadian gov’t policy toward Israel and Palestine

This survey exposes a dramatic disconnect between the opinions of Canadians and the positions of a government that is supposed to represent them. We found that Canadians tend to view the Israeli government negatively. But both the Harper and Trudeau governments have been unquestioningly supportive of Israel’s Government, regardless of its escalating violations of international law and human rights.

Study description: This study reports on the findings of a national on-line survey conducted by EKOS Research Associates of 1,000 Canadians conducted between January 25 to February 2, 2017, which explored their attitudes toward the Israeli government, their perception of whether the Canadian government and media are biased toward Israel or Palestine, and their opinion of whether they believe criticism of Israeli government policy is necessarily anti-Semitic…

REPORT: Pro-Israel Effort is Failing – Can Harsh Targeting of BDS ‘Instigators’ Save it?

The report, issued by the Anti-Defamation League and the Israel-based Reut Institute, claims that Jewish groups’s investments in fighting what they call “the assault on Israel’s legitimacy” has grown twentyfold since 2010, but that “results remain elusive.”

In 2015 and 2016, a long list of Jewish groups, in addition to the Israeli government itself, announced their own programs to counter the movement to boycott, divest from and sanction Israel. Organizations and donors pledged tens of millions of dollars to the effort.

The report claims that it’s not working.

“The challenge to the fundamental legitimacy of Israel…[is] growing around the world,” the report says.

But while the report’s authors acknowledge that the Israeli government’s own actions play a role in the worldwide growth of anti-Israel sentiment, they propose their own action plan for what they call the “pro-Israel network.”

The prescription seems to contain a contradiction….

Like Loading...
Israeli anti-BDS initiatives largely a failure, most Canadians critical of Israel and do not consider it anti-semitism