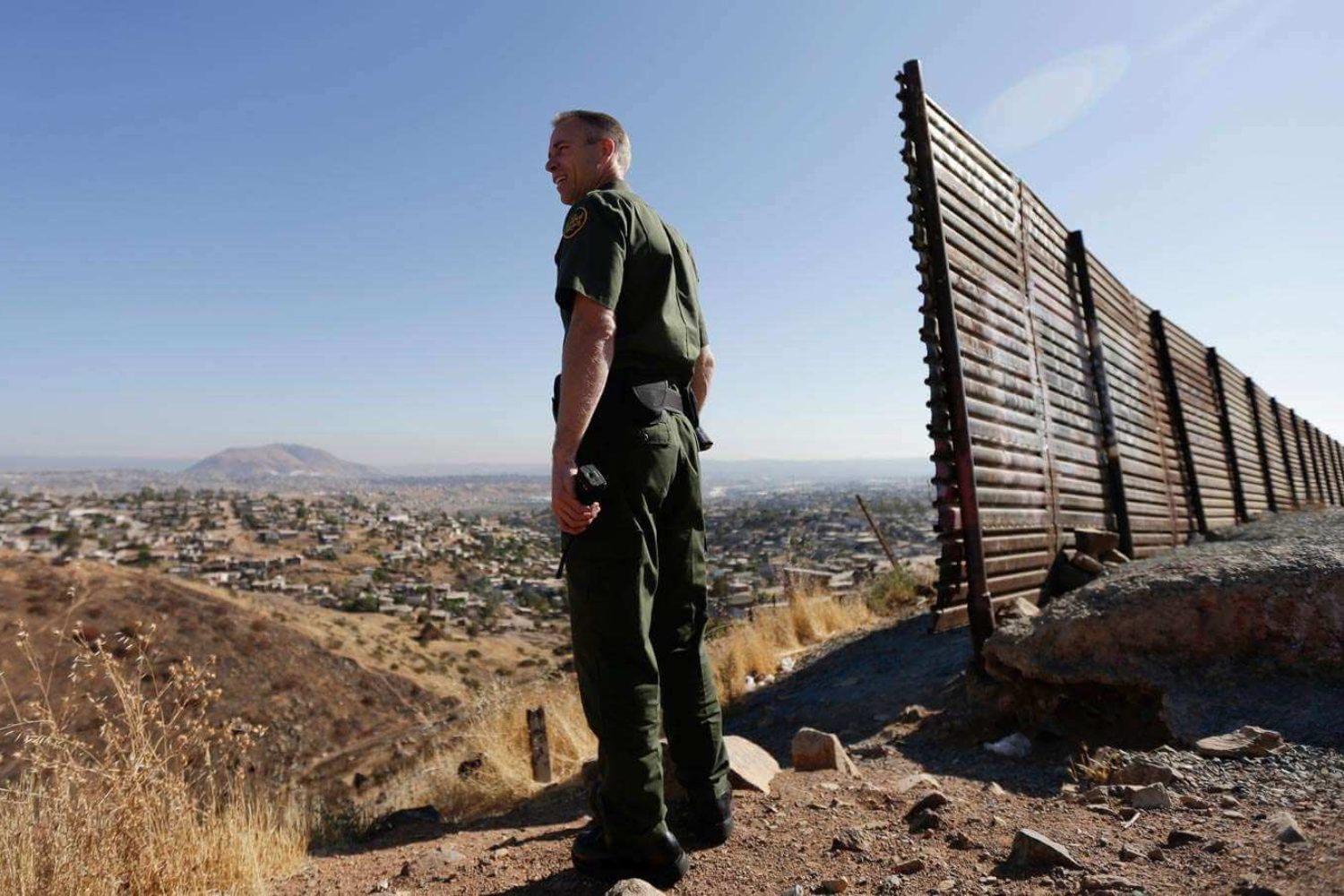 We live in fear of Trump’s plan for the Mexican border—not realizing that much of it already exists.

photo above: US Border Patrol agent Jerry Conlin looks out over Tijuana, Mexico, along the old border wall at the US-Mexico border ending at the base of a hill in San Diego, California. (AP Photo / Gregory Bull, File)

After taking a sip from her coffee and listening to the translation of Ignacio Sarabia’s comments, the magistrate judge looks at him and says she’s sorry for his predicament.

Personally, I’m mesmerized by his story as I sit on a wooden bench at the back of the court. I have a child the same age as his son. I can’t imagine his predicament. Not once while he talks does it leave my mind that my child might even have the same birthday as his.

The judge then looks directly at Sarabia and tells him that he can’t just come here “illegally,” that he has to find a “legal way” (highly unlikely, given the criminal conviction that will now be on his record). “Your son,” she says, “when he gets better, and his mother, can visit you where you are in Mexico.”

“Otherwise,” she adds, he’ll be “visiting you in prison”—not exactly, she points out, an appealing scenario: seeing your father in a prison where he will be “locked away for a very long time.”

She then sentences the nine men standing side by side in front of her for periods ranging from 60 days to 180 days for the crime of crossing an international border without proper documents. Sarabia receives a 60-day sentence.

Next, armed guards from G4S—the private contractor that once employed Omar Mateen (the Pulse nightclub killer) and has a lucrative quarter-billion-dollar border contract with Customs and Border Protection—will transport each of the shackled prisoners to a Corrections Corporation of America private prison in Florence, Arizona. It is there that Sarabia will think about his child’s endangered heart from behind layers of coiled razor wire, while the corporation that runs the prison makes $124 per day for incarcerating him.

Indeed, Donald Trump’s United States doesn’t await his presidency. It’s already laid out before us, and one place it’s happening every single day is in Tucson, only seven blocks from my house.