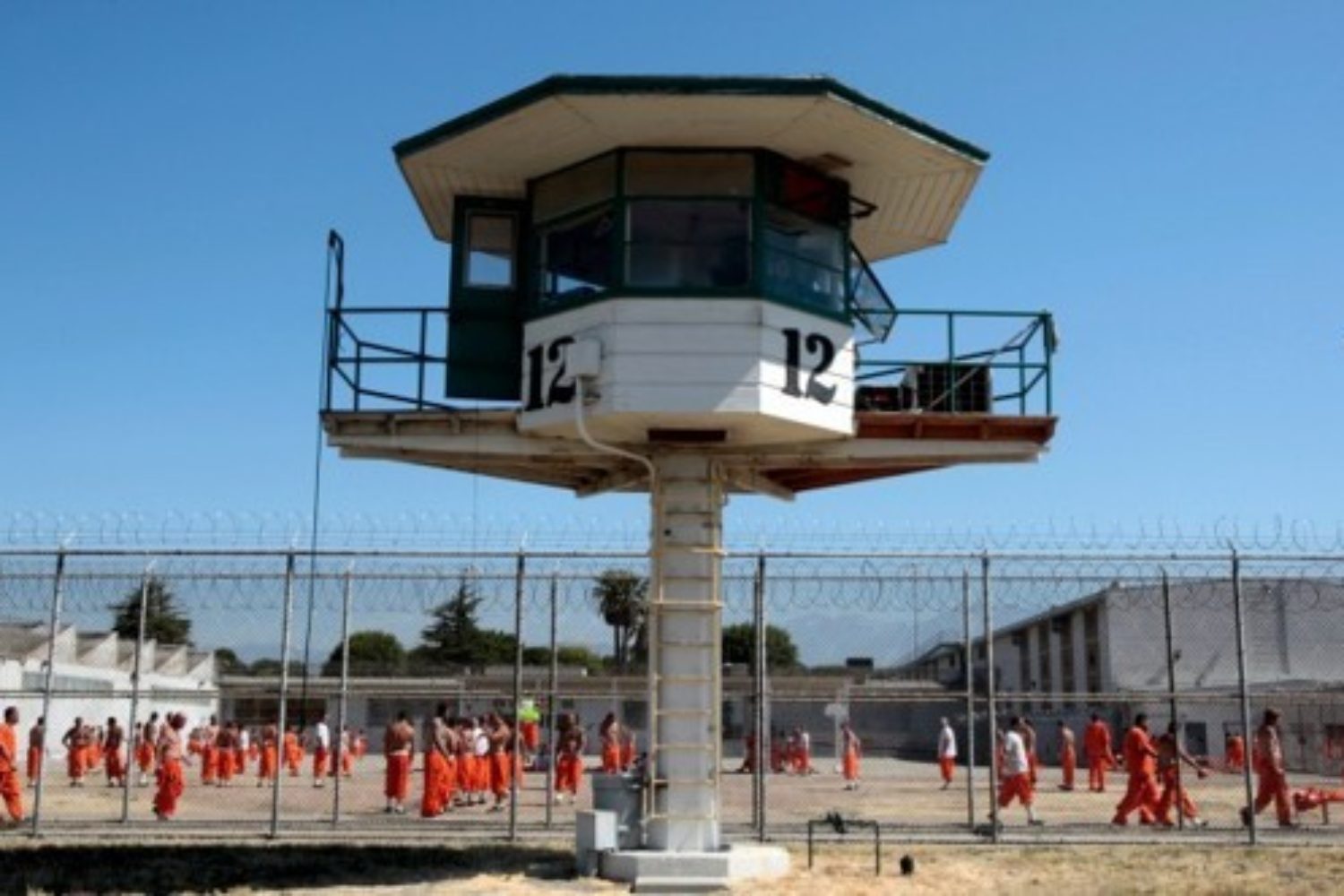 WN: In the early 1990s two of us Canadians were guests of the Department of Justice in Washington DC, during which time we discussed with many American criminal justice actors the emergence of Restorative Justice in that country. By definition, it contradicted a warmaking response to crime in favour of peacemaking. By then however, the U.S. was already 20 years into the emergence of mass incarceration, outcome of what Nixon tragically declared: a War on Drugs/Crime — conflating the two. We learn in fact from the ACLU website here:

Since 1970, our incarcerated population has increased by 700% ­­– 2.3 million people in jail and prison today, far outpacing population growth and crime.

One out of every three Black boys born today can expect to go to prison in his lifetime, as can one of every six Latino boys—compared to one of every 17 white boys.

I also know a former senior bureaucrat in the BOP (Bureau of Prisons). His take on the tragedy of mass incarceration is far rosier. As the article indicates however:

There’s no evidence to put much stock in the Justice Department and Bureau of Prisons radically improving conditions, of which they have long been well aware, without ongoing and intense public pressure.

This should come as no surprise. What America officially has done to its enemies since inception has been utterly brutal: against Indigenous peoples and Blacks initially; later to Filipinos, Puerto Ricans, etc., etc.; and since World War II in the so-called “American Century” (a misnomer) of Empire reach throughout the world, the United States has been mercilessly brutal to all enemies in its way. A book due out in three days is entitled: “How to Hide an Empire: A History of the Greater United States“, by historian Daniel Immerwahr. A book review here states:

But beyond its collection of anecdotes and arcana, this humane book offers something bigger and more profound. “How to Hide an Empire” nimbly combines breadth and sweep with fine-grained attention to detail. The result is a provocative and absorbing history of the United States — “not as it appears in its fantasies, but as it actually is.”

What “it actually is” , to which “the Gospel as Counter-Narrative” this website is dedicated, is inversion of everything decent, compassionate, pro-life/human rights — a condemnatory list of adjectives could proliferate exponentially. And criminals as domestic enemies have ever been disposable targets on a par with America’s endless list of international enemies.

The humanitarian crisis at Brooklyn’s Metropolitan Detention Center will have come as a shock to many. It is horrifying. If there is one institution, however, which has no grounds for shock, nor the performance of it, it is the Justice Department.

As a late-January polar vortex hit New York with frigid temperatures, the Metropolitan Detention Center, a waterfront federal prison, experienced an electrical fire, leaving incarcerated people inside without heat, light, warm food, or access to legal counsel for days. Following a furious response from protesters and legal advocates, public officials and a federal judge toured the facility, witnessing inhumane conditions far beyond the temporary and harrowing loss of heat and power.

On Wednesday, the Justice Department, which oversees all federal prisons and jails through the Bureau of Prisons, announced that it has asked an internal watchdog to investigate the Metropolitan Detention Center’s response to the electrical fire and heating failure, as well as broader infrastructural problems. That is to say: After the very public revelation of torturous neglect and brutality in New York City’s largest federal detention facility, the Justice Department is going to investigate itself.

To have faith that such an investigation will lead to significant change, one would have to believe that recent events and conditions at Metropolitan Detention Center are anomalous in the facility and the broader prison system. They are not.

Abuse, misconduct, and neglect have consistently been found to pervade federal prisons — and the entire carceral system —  with internal investigations by the Justice Department’s Office of Inspector General often leading to little more than recommendations, window dressing reform, and the flimsy appearance of accountability.

“Department of Justice attorneys, who represent the Bureau of Prisons, cannot be trusted to provide accurate information about the conditions at MDC Brooklyn, or to investigate the Bureau of Prisons,” said New York-based civil rights lawyer Gideon Oliver, who assisted the legal counsel in hearings this week for two people incarcerated at the Metropolitan Detention Center.

It’s worth noting that it was not the Justice Department, but the tireless work of protesters, prisoners’ families, and lawyers that deserves credit for drawing necessary attention to last week’s freezing emergency. As a result, the power and heat are back on, and federal judges and lawmakers are — for a moment at least — paying attention to incarcerated people.

The Justice Department, on the other hand, has known about poor conditions at the detention facility and done little to resolve them. Indeed, there can be no pretense that the dire conditions at the Metropolitan Detention Center, which holds 1,654 people, were previously unremarked upon.

A 2016 report by the National Association of Women Judges following visits to the jail described the conditions as “unconscionable.” Citing lack of light, air, medical services, and recreational space, the report claimed that the jail violated both the American Bar Association Standards on Treatment of Prisoners and the United Nations Standard Minimum Rules for Treatment of Prisoners.

“This recent crisis at MDC has brought new attention to an old reality. What has taken place at MDC is not exceptional.”

Similar conditions to those reported at Metropolitan Detention Center — the cold, the dank, the dark, extreme isolation, untreated medical crises, ignored suicide attempts, neglect, and retaliation from guards — have been reported at various points in many of the U.S.’s 122 federal prisons. And New York’s federal facilities in particular have long been sites of abuse.

When the toilets broke in Manhattan’s Metropolitan Correctional Center, guards gave prisoners bags in which to defecate, according to 2015 lawsuit reviewed by Gothamist. In the lawsuit, a prisoner also stated that he had “found rats in his bed and seen rats crawling on inmates while they slept.” At the Metropolitan Correctional Center, numerous guards have been accused and convicted of sexually assaulting and beating prisoners over the last 15 years. Staff at the prison tried to cover up the 2017 fatal beating of 35-year-old Roberto Grant by telling his family that he overdosed; medical examiners found no drugs in his system.

When the elevators break — which happens at least once a month — at a high-rise federal facility in Houston, the whole prison is held on lockdown. During a record breaking heat wave in California last year, people incarcerated at the Mendota federal prison had to wrap their heads in wet towels when the air conditioning failed. Meanwhile, toxic mold — a problem at many detention facilities across the country — was found to have given staff and inmates respiratory diseases.

“There is a great need for the court to appoint an independent special master, at a minimum,” Oliver, the civil rights lawyer, told me. A special master would be a third party, often a retired judge, appointed by the court, accountable only to the court and the parties involved. That we not leave a historically neglectful government agency to investigate itself, when the issue at hand is no less than torture, should indeed be the absolute minimum.

The Power Is Back on at Brooklyn Jail, but a Visiting Federal Judge Found Untreated Gunshot Wound, “Black Blotchy Mold,” and Ongoing Crisis

Like Loading...
How To Hide An Empire, Why the Justice Department Can’t Be Trusted to Investigate Abysmal Conditions in Federal Prisons