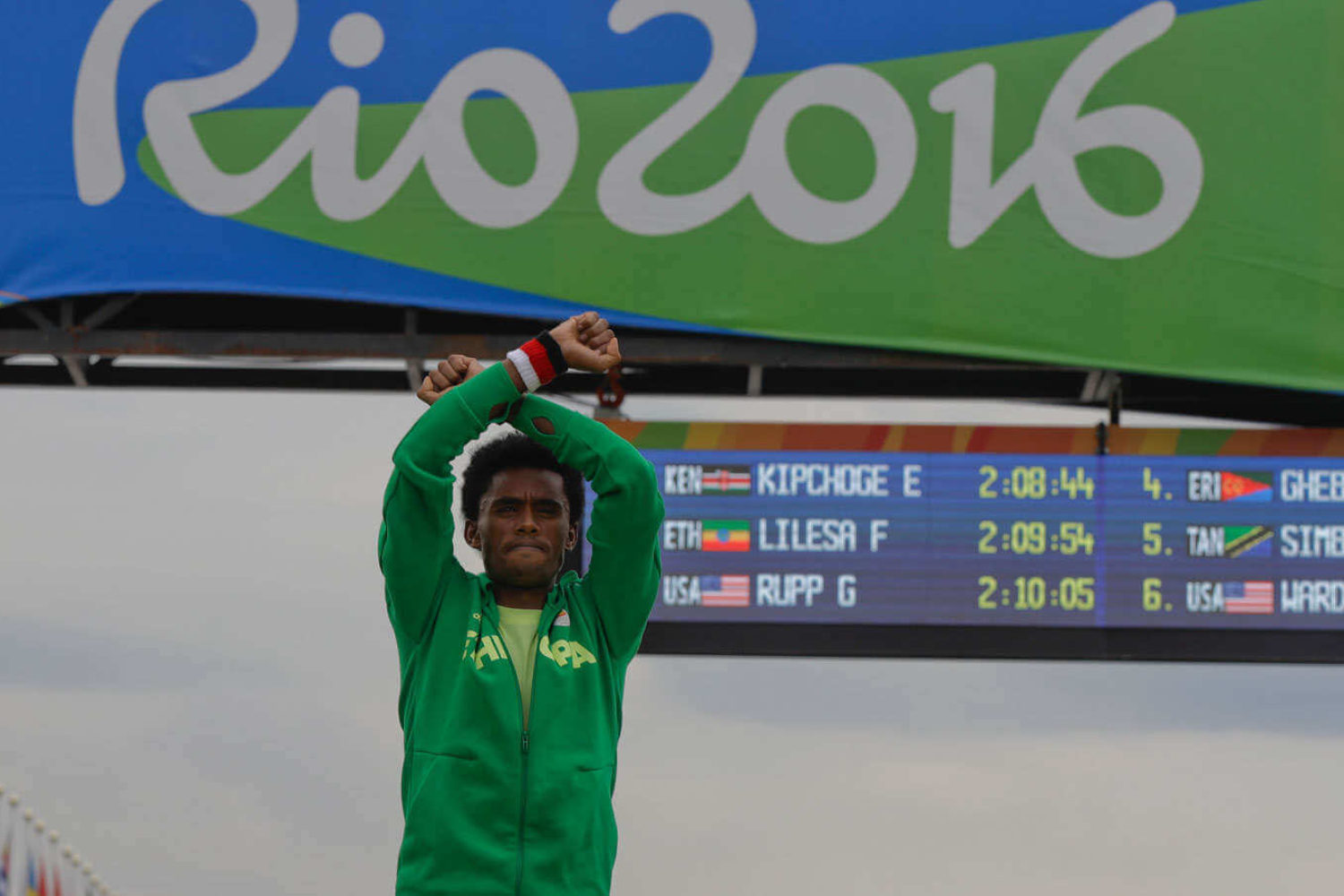 With one gesture, Ethiopian runner Feyisa Lilesa seized the Olympics spotlight and educated the world.

“If I go back to Ethiopia, the government will kill me.”

This is not usually what you hear after an Olympian shocks the running world by winning a silver medal in the marathon, but that is exactly what Feyisa Lilesa said about his future prospects in his homeland. Why would his country’s ruling party, the Ethiopian People’s Revolutionary Democratic Front (EPRDF), want to kill an Olympic hero? The answer is both ludicrous and as serious as a heart attack. Lilesa’s life is at risk because he raised his arms over his head and crossed his wrists as he broke through the finish line. Then, during his post-match presser, he lifted his arms and crossed them again. In Ethiopia, such a gesture at this moment in history is potentially a death warrant.

Lilesa’s crossed arms are a symbol of defiance that demonstrators in Ethiopia perform at great personal risk. It is a statement of solidarity with the masses of Oromo and Amhara people who are currently being displaced from their homes and farms by Prime Minister Hailemariam Desalegn in order to expand Ethiopia’s capital city of Addis Ababa into Oromia.