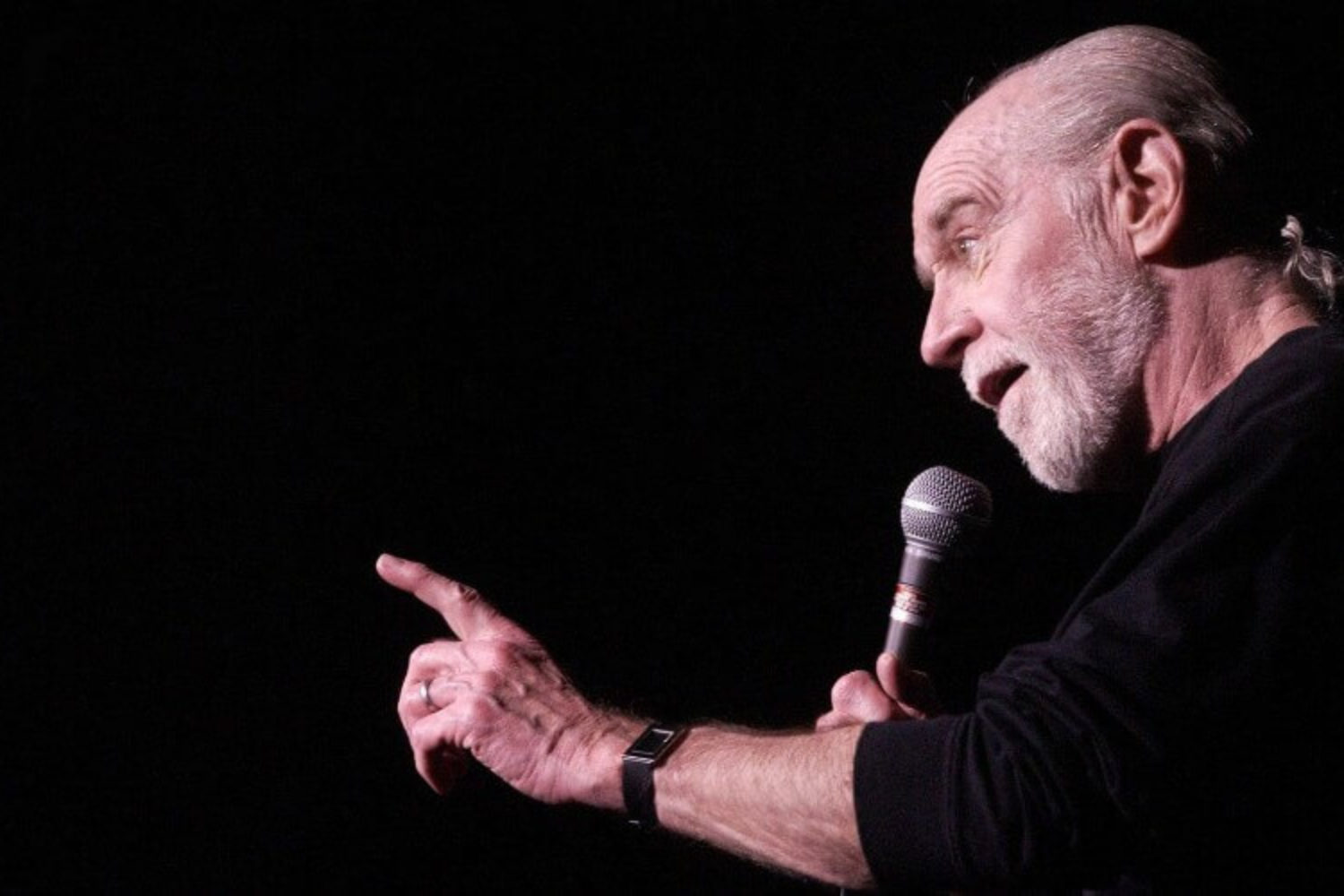 “I’m not a very good American because I like to form my own opinions,” said the famous standup comic in 1992 following the first Gulf War. “I don’t just roll over when I’m told to. Sad to say, most Americans just roll over on command—not me.”

photo above: Comedian George Carlin performing at the Paramount Theater in New York City on April 24th, 1992 during his eighth recorded special for HBO. (Photo: via Scrapsfromtheleft.com)

Amid growing concern that President Donald Trump will further escalate tensions with Iran and start a new war in the Middle East, Rep. Ilhan Omar—an outspoken anti-war Democrat in the U.S. House—shared a historic clip of comedian George Carlin Monday morning that bemoaned the pattern of American militarism in which the United States—often with the help of a conspiring media and pliant public—start or jump into a major war with another country just about every twenty years.

“We like war because we’re good at it! You know why we’re good at it? Cause we get a lot of practice. This country’s only 200 years old and already, we’ve had 10 major wars.” —George Carlin in 1992

Carlin recorded the routine—entitled “Rockets and Penises in the Persian Gulf“—as part of an HBO special in 1992 on the heels of the first Gulf War launched by President George H.W. Bush.

Sharing the clip on Twitter, Omar—who on Sunday announced a War Powers Resolution she plans to introduce with Rep. Barbara Lee (D-Calif.) to block Trump from additional attacks on Iran—suggested the topic of Carlin’s routine was once again relevant, but said it remains “no laughing matter.”

He goes on to describe that the U.S. government is especially fond of waging war against countries populated by brown people. He explains that bombing people is a good thing to be good at if you don’t have any other national talents.

“Can’t build a decent car, can’t make a TV set or a VCR worth a fuck, got no steel industry left, can’t educate our young people, can’t get health care to our old people, but we can bomb the shit out of your country all right! Huh? Especially if your country is full of brown people—oh we like that don’t we? That’s our hobby! That’s our new job in the world: bombing brown people. Iraq, Panama, Grenada, Libya, you got some brown people in your country, tell them to watch the fuck out or we’ll goddamn bomb them!”

Carlin, who died in 2008 at the age of 71, is widely heralded as one of the great standup comedians of all-time and was known for his sophisticated social critiques  which included irreverent attacks on conventional thinking and cultural norms.

“That’s our hobby! That’s our new job in the world: bombing brown people. Iraq, Panama, Grenada, Libya, you got some brown people in your country, tell them to watch the fuck out or we’ll goddamn bomb them!”

“I got this real moron thing I do; it’s called ‘thinking,'” he continues. “And I’m not a very good American because I like to form my own opinions. I don’t just roll over when I’m told to. Sad to say, most Americans just roll over on command—not me.”

In order to maintain this position, Carlin explains that he has certain rules that he lives by. “My first rule,” he says, “I don’t believe anything the government tells me… nothing, zero, no.”