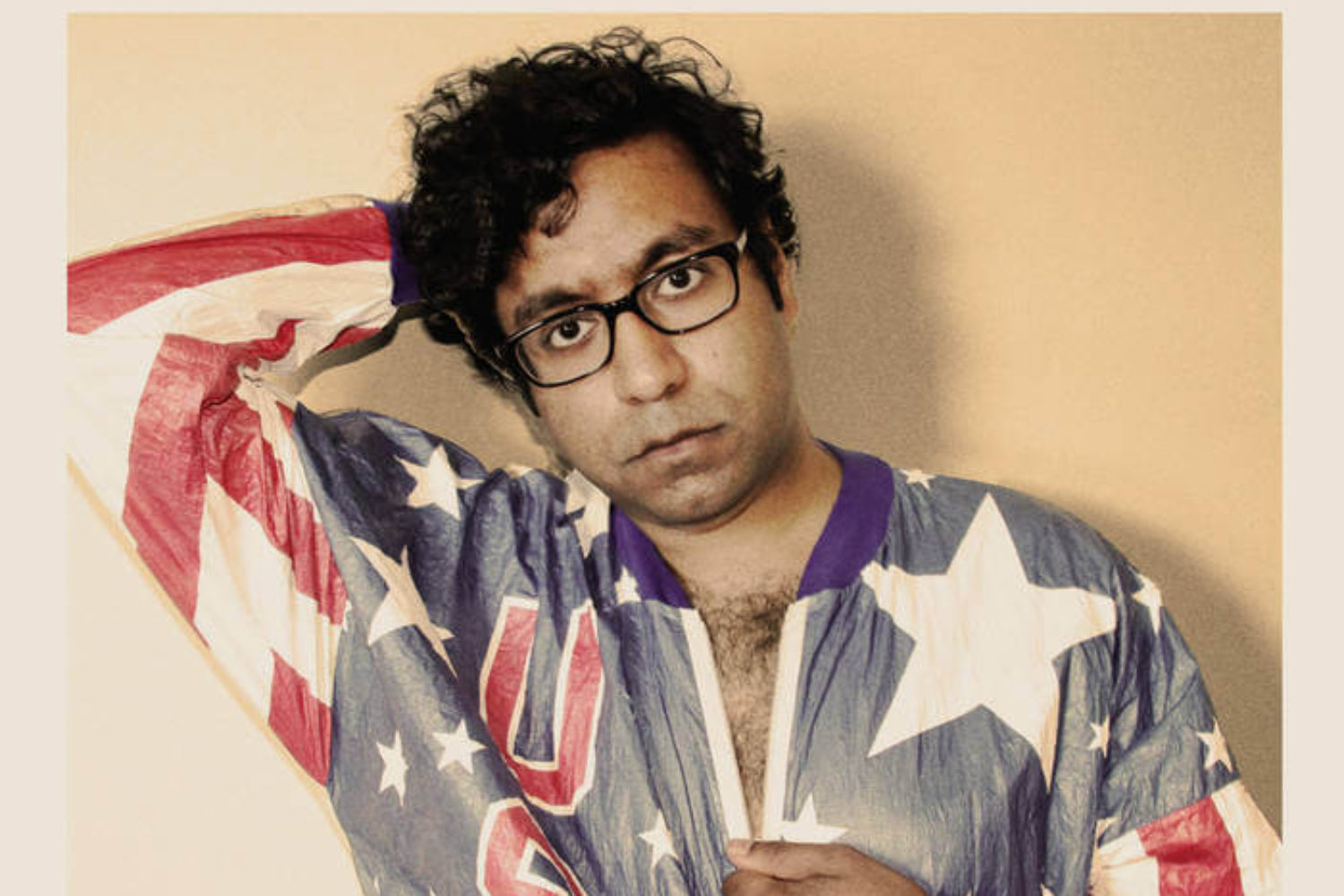 Hari Kondabolu is a Brooklyn-based comedian and writer who the NY Times has described as “one of the most exciting political comics in stand-up today.” His new album Mainstream American Comic is a follow-up to his critically acclaimed debut Waiting for 2042, which was also released on legendary indie label Kill Rock Stars. Paste Magazine named the album one of the Top 10 Standup Albums of 2014 and The Portland Mercury wrote that “the marriage of careful joke structure and fiercely intelligent commentary elevates this album from a collection of solid progressive punchlines to a work of art.” It is currently on high school and college curriculums around the country.

Currently, Hari is making a documentary film with Tru TV tentatively titled “The Problem with Apu” about the stereotypical Indian character on The Simpsons. He is also set to shoot a pilot in the Fall, potentially for his own weekly series with the network. He has appeared the Late Show with David Letterman, Conan, Jimmy Kimmel Live, John Oliver’s NY Standup Show, @midnight, The Nightly Show and has his own half-hour Comedy Central Presents special.

Hari was a writer and correspondent on the Chris Rock produced Totally Biased with W. Kamau Bell on the FX network. Kamau has described his long-time friend and collaborator as “the comedy equivalent of a punk rock concert that breaks out at a human right’s rally.” The duo are currently co-hosting a weekly political podcast through First Look Media.

A public radio regular, Hari has been interviewed on Fresh Air with Terry Gross and has also been heard on Morning Edition, All Things Considered, Studio 360, Bullseye with Jesse Thorn, Marketplace and The Moth. He has also been profiled by The New York Times and PBS NewsHour.

On the podcast front, he has made appearances on WTF with Marc Maron, Death, Sex and Money, You Made It Weird, Too Beautiful to Live and 2 Dope Queens. His podcast The Untitled Kondabolu Brothers Podcast with his brother Ashok (Dapwell from Das Racist) is currently on hiatus.

In the UK, he has established himself with a month-long run at 2011 Edinburgh Fringe Festival and TV appearances on Russell Howard’s Good News, Live at The Electric and 8 out of 10 Cats. He has also been profiled in The Guardian and New Statesman.

Hari has also performed at such notable festivals as the HBO Comedy Festival, South by Southwest, Bumbershoot, Sasquatch, Outside Lands, Sled Island, Riot LA, Bridgetown, the Aspen Ideas Festival and Just for Laughs in Montreal and Chicago.

Hari attended both Bowdoin College and Wesleyan University, graduating from the former institution with a BA in Comparative Politics in 2003. A former intern with then-Senator Hillary Rodham Clinton and a former immigrant rights organizer in Seattle, Hari received an MSc in Human Rights from the London School of Economics in 2008. He was named the NYU APA Institute’s “Artist in Residence” for the 2014-2015 Academic Year. In 2015, political website Mic named him one “the next generation of impactful leaders, cultural influencers, and breakthrough innovators.” In 2016, he was chosen to have a public dialogue with legendary feminist academic and writer bell hooks as part of St. Norbert College’s “Delight in the Fight: Disarming Injustice with Humor & Joy” series.

You may order his most recent CD: Mainstream American Comic, by clicking below.