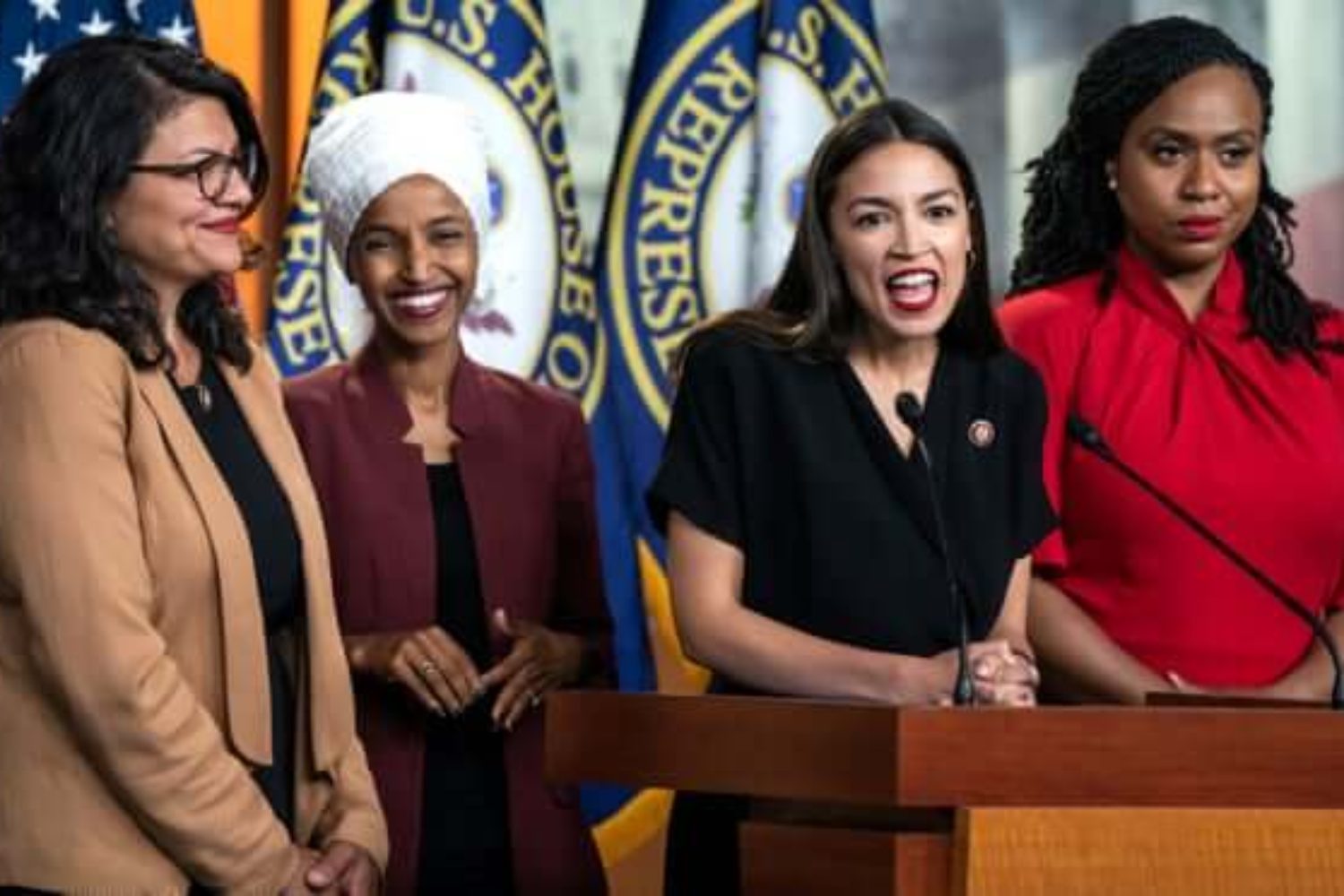 Here’s the real reason Trump is attacking ‘the squad’: he’s scared of their politics

The four congresswomen who came under attack by Trump are popular – as are their policies. That’s why he is terrified of them

WN: One can only hope and pray these four courageous women remain focussed and safe.

And yet it is precisely their policies that have Trump and the Republicans worked up into a frothing lather. The members of the Squad, in stark contrast to not only the Republicans but the rest of the Democrats, have put forth boldly progressive policy proposals – from the Green New Deal to Medicare for All to student debt cancellation to abolishing Ice and the Department of Homeland Security to increasing the marginal tax rate to 70%.

After less than a year in office, the members of the Squad have greatly expanded the realm of political possibility in the United States

These proposals are popular, and not only among liberal Democrats, but across a wide swath of the American public. A poll conducted earlier this year found that 60% of independent voters supported Ocasio-Cortez’s 70% top tax-rate proposal, as did 45% of Republicans. Polls consistently show a clear majority of Americans back Medicare for All. Even as sweeping a proposal as the Green New Deal enjoys more support than opposition among likely voters, Obama-to-Trump voters, and moderates. There is an obvious desire among the broader public for the kind of transformational politics that the members of the Squad have brought to Congress.

Indeed, while much of the media coverage of the various Squad members have focused on their identities, their appeal goes far beyond matters of representation. Of course, representation is important, and the Squad, comprised of women of color, represents not only important “firsts” – the first Muslim-American congresswomen, the youngest ever member of Congress, the first black female representative from Massachusetts. They represent what America looks like today far better than the pale, greying gerontocracy that rules the country. At 45, Pressley is the oldest member of the Squad; Nancy Pelosi, for comparison, is 79, and Trump, 73.

But what distinguishes them as much as who they are is what they have done. After less than a year in office, the members of the Squad have greatly expanded the realm of political possibility in the United States. They have energized the public with a fighting progressivism, preferring open confrontation with the Republicans to the tepid triangulation that the Democrats have longed preferred – and which the party’s leadership mistakenly still does.

They speak not in focus-grouped platitudes but with real passion and empathy for ordinary people’s pain. It is for this reason that they have succeeded in connecting with the public. It is why they dominate the news day after day. And it is why they drive Trump and the Republicans crazy. In the Squad – diverse, comparatively young, energetic and charismatic – Trump and the Republicans see their own impending political and literal obsolescence.

Trump tweeted that the four women of color should “go back” to “the totally broken and crime infested” countries they came from (all are American citizens and only Omar was born outside of the United States). Trump then doubled down on his attacks against them Monday morning following Senator Lindsey Graham’s appearance on Fox & Friends. “We all know that AOC and this crowd are a bunch of Communists, they hate Israel, they hate our own country,” the president tweeted, quoting Graham. “They are antisemitic, they are Anti-America, we don’t need to know anything about them personally, talk about their policies.”

Faced with the prospect of multiracial social democracy that the members of the Squad represent, Trump and the Republicans are employing the same tactics to thwart progressive political change and sabotage redistributivist policies that defenders of the existing order have used throughout American history. They seek to sow distrust among the vulnerable and the marginalized, to divide working-class people of color and white working-class voters, and, now, to pit Muslims and Jews against one another. Afraid of losing their grip on power, they have opted to instill fear and terror in the American public through both rhetoric – the demonization of immigrants, the delegitimization of dissent – and policy – Ice raids across US cities and the initial steps towards a war with Iran. And in statehouses around the country, Republicans are working to guarantee white minority rule into perpetuity as the country’s demographics shift.

If there is a lesson from Trump’s most recent racist tirade, it is that between the Republican’s xenophobic nationalism and the Squad’s multiracial social democracy, there is no longer a viable middle ground. In a show of rank pettiness and political irresponsibility, Democratic House majority leader Nancy Pelosi lashed out at the Squad in an interview with the New York Times, and the official House Democrats Twitter account, controlled by corporate Democrat Hakeem Jeffries, fired off a vicious attack on Ocasio-Cortez’s chief of staff. These attempts by the centrist Democratic leadership to challenge the Squad’s progressive agenda only backfired, opening the door for Trump, whose sole natural talent may be trolling, to exploit the Democrats’ intra-party divisions. And yet by Monday, the Democrats’ leadership had lined up to defend Ocasio-Cortez and the other members of the Squad.

Like Loading...
Here's the real reason Trump is attacking 'the squad': he's scared of their politics, The Squad