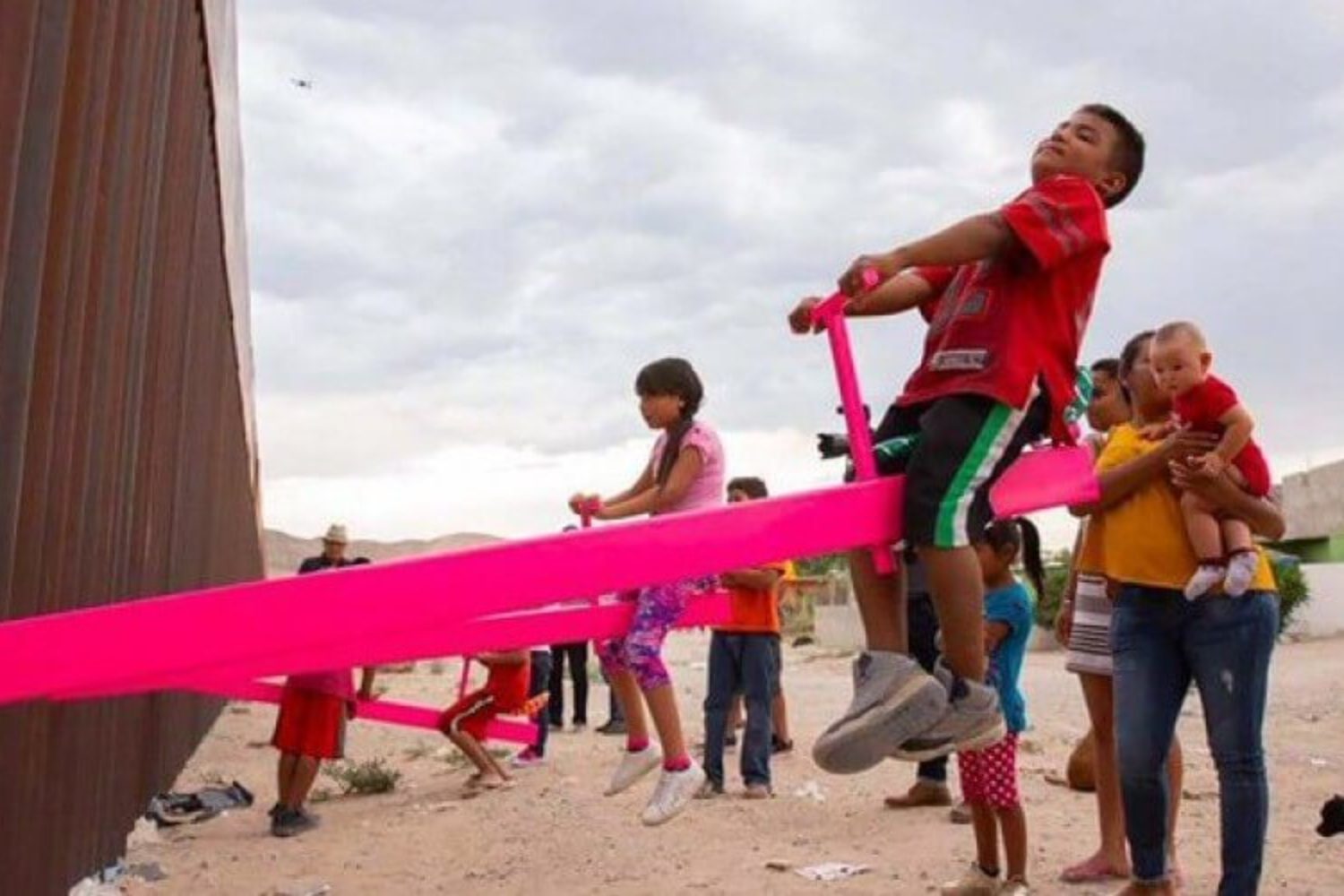 “We are all connected.”

photo above: “The symbolism of the seesaw is just magical.” (Photo: Twitter/Channel 2 KWGN)

WN: Wow! What a delightful act of defiance! How totally “uplifting”! 🙂

Two California professors built three pink seesaws on the U.S.-Mexico border to allow families to play together and to bring “joy, excitement, and togetherness” to both sides of the divide.

As The Guardian reported:

Installed along the steel border fence on the outskirts of El Paso in Texas and Ciudad Juárez in Mexico, the seesaws are the invention of Ronald Rael, a professor of architecture at the University of California, Berkeley, and Virginia San Fratello, an associate professor of design at San José State University, who first came up with the concept 10 years ago.

The symbolism of the seesaw is just magical. A #Border fence will not keep us from our neighbors. Que bella idea usar un subibajas para unir las comunidades de ambas naciones.

Artists installed seesaws at the border wall so that kids in the U.S. and Mexico could play together. It was designed by architect Ronald Rael. ⁣

“The wall became a literal fulcrum for U.S.-Mexico relations,” said Rael, “and children and adults were connected in meaningful ways on both sides with the recognition that the actions that take place on one side have a direct consequence on the other side.”