WN: In fact, Christ is in the business of tearing down walls, as in Ephesians 2:

14For He Himself is our peace, who has made the two one and has torn down the dividing wall of hostility 15by abolishing in His flesh the law of commandments and decrees. He did this to create in Himself one new man out of the two, thus making peace 16and reconciling both of them to God in one body through the cross, by which He extinguished their hostility.

17He came and preached peace to you who were far away and peace to those who were near. 18For through Him we both have access to the Father by one Spirit.

The United States government has been partially shut down now for just over 16 days.

All because of a wall.

A wall nobody wants.

Well, nobody except Donald Trump and his small, but blindly devoted band of followers.

Over the weekend, Jeffress was back at it offering his sanctification for Donald Trump’s objectively anti-Christ policies.

This time Jeffress was trying to defend Trump against critics who say his wall is immoral (Because it is. Because it serves no real purpose. It’s nothing more than a monument to bigotry and racism.) His defense rested on what has become a popular meme in conservative Christian circles. You know the one. You’ve seen it all over Facebook. It’s some version of  this…. 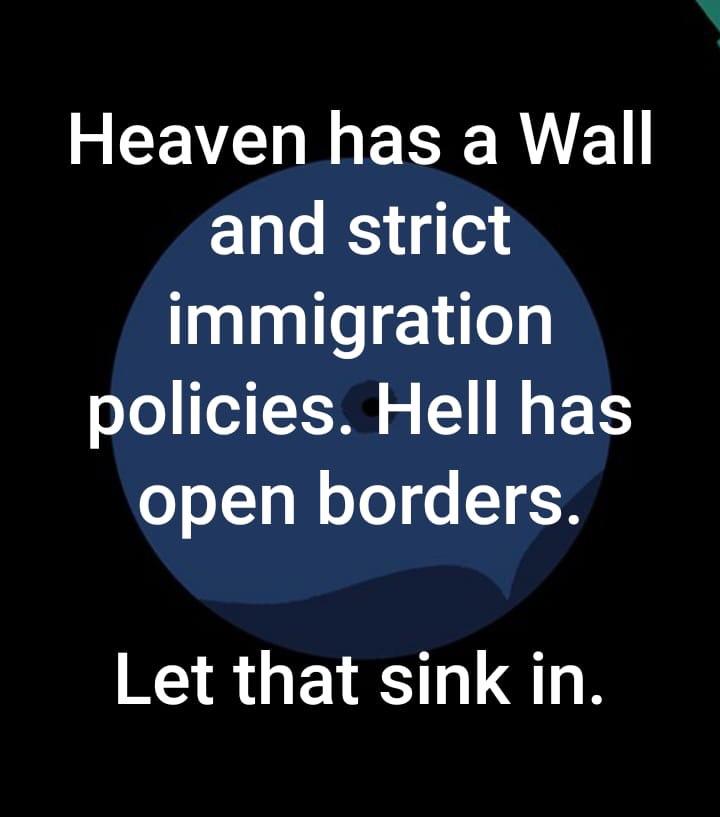 Not to be outdone by a meme, Jeffress decided to dial things up to 11 and claim that if a border wall is immoral, then God is immoral because God built a wall around heaven.

So, yes, there is a metaphorical wall in the book of Revelation. But it’s not there to sanctify Trump’s monument to racism, bigotry, and fear. It’s there as a subversive message of hope. A promise that one day the walls of exclusion and oppression and fear will be torn down. And the gates of heaven will be thrown open to welcome everyone regardless of race, language, or place of birth.

The hope of Revelation isn’t a promise we’re told to sit around and wait to be fulfilled in the distant future.

The hope of Revelation is found in its invitation to live out the future hope it proclaims in the here and now. Revelation isn’t a road map to the future. It’s a calling to incarnate the kingdom of God on earth as it is in heaven. Which is why Revelation has anything to teach us about Trump’s wall it’s that the role of the Church in the here and now isn’t to sanctify fear and erect boundaries to keep out people who are different from us.

The role of the Church in the here and now is to make sure those walls – both real and metaphorical – never get built and to tear them down whenever we do. Tearing down walls and throwing up the gates is a sacramental act that proclaims the future promise of Revelation as a present reality that is already being fulfilled in our lives now.

Heaven Does Not Have A Border Wall, No