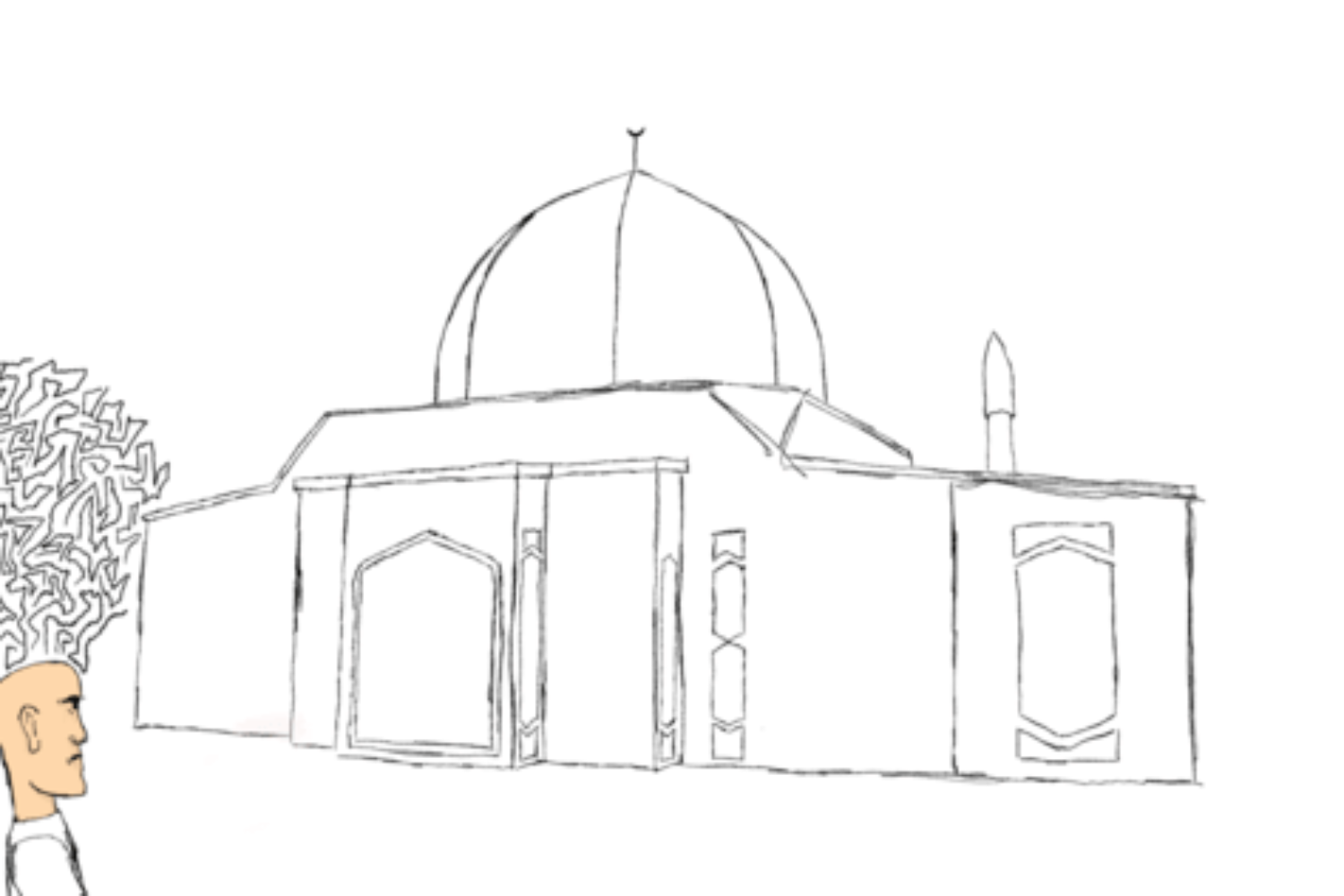 WN: There is much on “savage capitalism” on this website. This expression likely references Rudyard Kipling’s famous line “The savage wars of peace” from his classic pro-American Empire poem: “The White Man’s Burden: The United States & The Philippine Islands, 1899“.

Further, a direct connection between such mass killers and Donald Trump is made in this article: “People who do despicable acts of hate keep praising Donald Trump and so do far right Christians“.1

This beside the fact, as reported in this post, that an international Tribunal just found Trump and Filipino dictator Duterte guilty of crimes against humanity!…

A “dummy spit” (as seen in the article) is akin to a puerile hissy fit: “The act of overreacting (as an adult) to a situation childishly, in an angry or frustrated manner.”

There is hope in the response by New Zealanders. Please see: “Because There Is No Difference: On Bikers, Headscarves, Haka and Unity“. And the action described in this article is deeply moving: “Christchurch Mosque Attacks Survivor Farid Ahmed Says He Forgives Terrorist Who Killed His Wife“.

Despite his own denials, anti-Muslim xenophobia underwrites the 74-page manifesto compiled by Australian mass murderer Brendan Tarrant. The title itself, The Great Replacement, references a far-right conspiracy theory holding that white genocide is being engineered by useful idiots amongst the liberal elite advocating mass migration, demographic growth and cultural diversity.

To this conspiracy theory, the failure to uphold cultural and racial supremacy is identified with the destruction of whites. The politics of the dummy spit underwrite the belief that acknowledging the existence of and respecting other cultures and ethnic groups is tantamount to the death of the Self. It reflects the mentality of the infantile ego, yet to discover the existence of others outside of the realm of the known, associated in practise with the ego.

It is not a little telling that this atrocity was carried out on the same day as the latest in a series of large-scale climate strikes by secondary students throughout Australia and the world. On the one side, those directly threatened by a very real crisis took active measures to do something positive and constructive. On the other, a small group of people preoccupied with the threat of the existence of others carried out a negative and destructive atrocity. The contrast could hardly be clearer.

What to make of the difference between the two? In an eponymous [same name — as question posed] 2017 work2, anthropologist Ghassan Hage inquires, is racism an environmental threat? Hage explicitly links the global rise in racism, demagoguery and bigotry, of which we can quite easily include this latest Christchurch massacre, with a reaction amongst elite groups to the social consequences of climate change.

In awakening a need for meaningful and profound social change amongst increasingly vast sectors of the world’s population, Hage argued, the climate crisis has come to present increasingly clear and present threats to elite privilege. It has done so in the main, he contended, through rude infringements of scientific fact and lived daily experience on the ideological mores that have upheld a world order of haves and have nots built on 500 years of colonialism.

This oscillating tendency reflected in essence a scapegoating dynamic3, deriving from the fact that capitalist development remained an ongoing process after it had reached an advanced stage. This was specially insofar as late capitalism is plagued by periodic crises driven by the tendency of the rate of profit to fall, or by democratic challenges from below. This, Hage argued, drove the oscillation between ‘civilised’ and ‘savage’ modes, as privileged elites returned to violence to rescue their privilege from the shortcomings of the system that upheld them, or from democracy, or from both.

The Islamic bugbears and hobgoblins in particular were created as a result of the power of the corporate media to control the meaning of deviance and impose their definition on public discourse4—not on the features of those so demonised. The global instability created by a world order in which the richest one percent owned half the world’s wealth and the richest ten percent owned ¾ of it could be blamed on the Islamic Other.

Which brings us back to this latest example of white supremacist terrorism in Christchurch. Nothing about this atrocity and the terrible loss of life is special, other than the fact that it took place on the same day as the latest round of climate strikes lead by secondary students. The contrast between the preoccupation with conspiracy and manufactured crisis and the very clear scientific understanding of climate crisis reflects with a unique conspicuousness the function of the former in dodging the reality of and constructing scapegoats for the latter.

If whites are feeling insecure, this has nothing to do with the social and environmental consequences of global economic modality built on the assumption that the world is an infinite resource and infinite garbage dump—it is the fault of those existing outside of the culturally hegemonic and supremacist monoculture for existing. Herein lies the scapegoating dynamic of savage capitalism, built on a white victim complex refusing to acknowledge any difference between respecting other cultures and the death of the Self.

As Ghassan Hage noted, the impetus for the scapegoating of savage capitalism and the white victim complex arises out of accumulation crisis, as the very real social, economic and environmental consequences of maintaining the world of haves and have-nots becomes harder and harder to sweep under the rug. As corporate-captured governments around the world continue to fail to act on climate change in prioritising profit over the planet, opposition from the young in particular can only ever grow.

As long as they continue to be useful in suppressing the ultimate reality that there is no class privilege on a dead planet, prominent Islamophobes in the corporate media and politics (Andrew Bolt and Cori Bernadi here in Australia being prime examples) will continue to promote the conspiracy theories driving the likes of Brendan Tarrant and Anders Brevik to deadly violence. In the end, the terror that these atrocities produce for the affected communities only reflects the racialised terror from which the Western-dominated world order was born, and whose consequences condemn us all to ecological Armageddon.