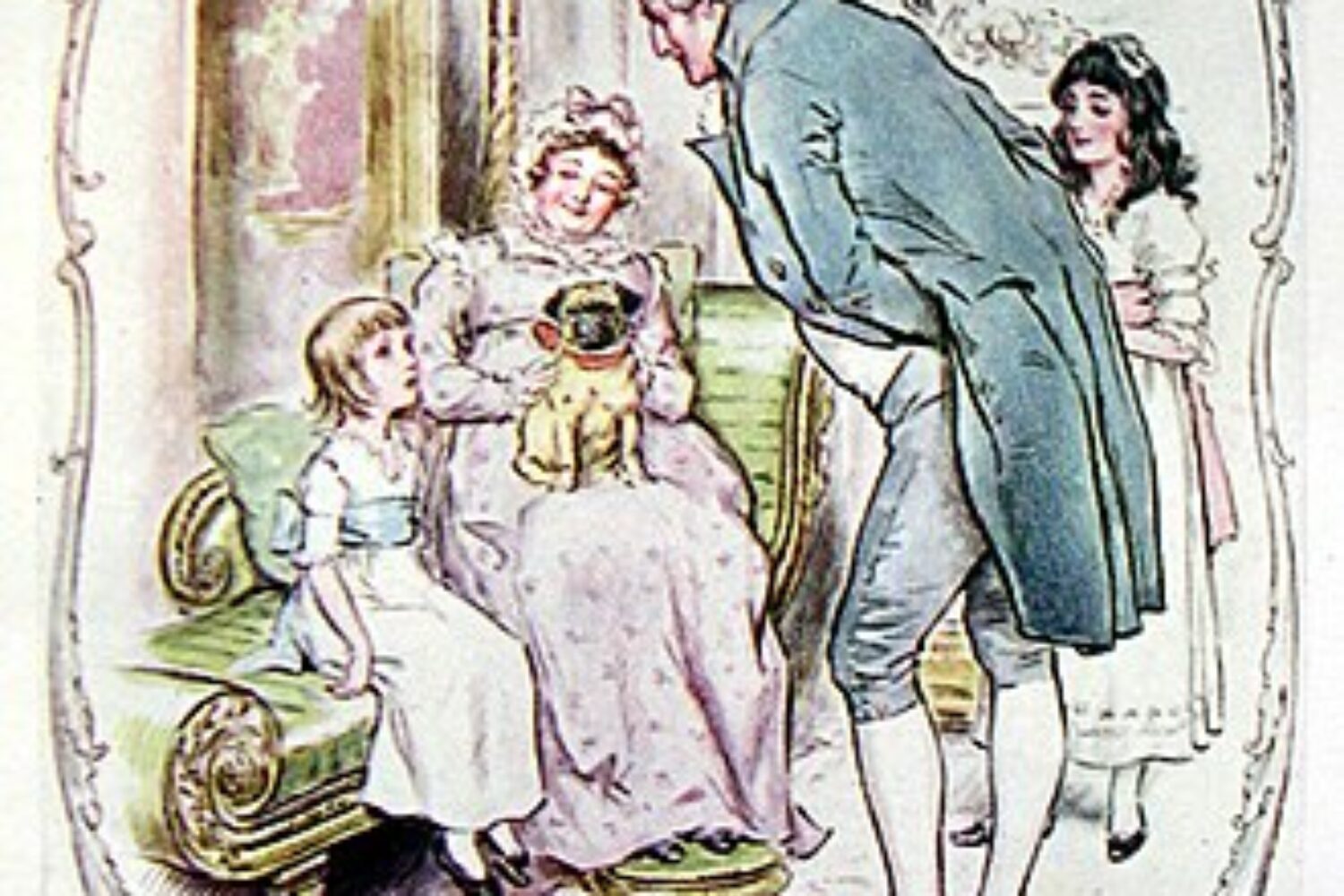 image above: The young Fanny and the “well-meant condescensions of Sir Thomas Bertram” on her arrival at Mansfield Park. A 1903 edition

WN: This was published in the Calgary Herald on the occasion of the 60th anniversary of D-Day.

Western culture is committed to a mass mythology of the righteousness of war. The latest 60th Anniversary D-Day commemorations are recent evidence.

Anthropologist René Girard defines “mythology” as that which camouflages violence to benefit its perpetrators.

I have now lived through 55 Remembrance Day and D-Day commemorations. I have only heard officially about the sacrifice and bravery of our soldiers in both World Wars. No government ceremony however has recounted Allied savagery and brutality, nor commemorated the millions of Allied civilian victims. This is disingenuous mythology.

My dad fought on the Italian front in World War II. It was known that at its most savage, Allied soldiers did not take prisoners… A few years ago, my teen-age eldest burst into tears when this awareness sank in. His grandfather never talked about the War until his dying day. But silence like mythology only covers, does not exonerate, culpability.