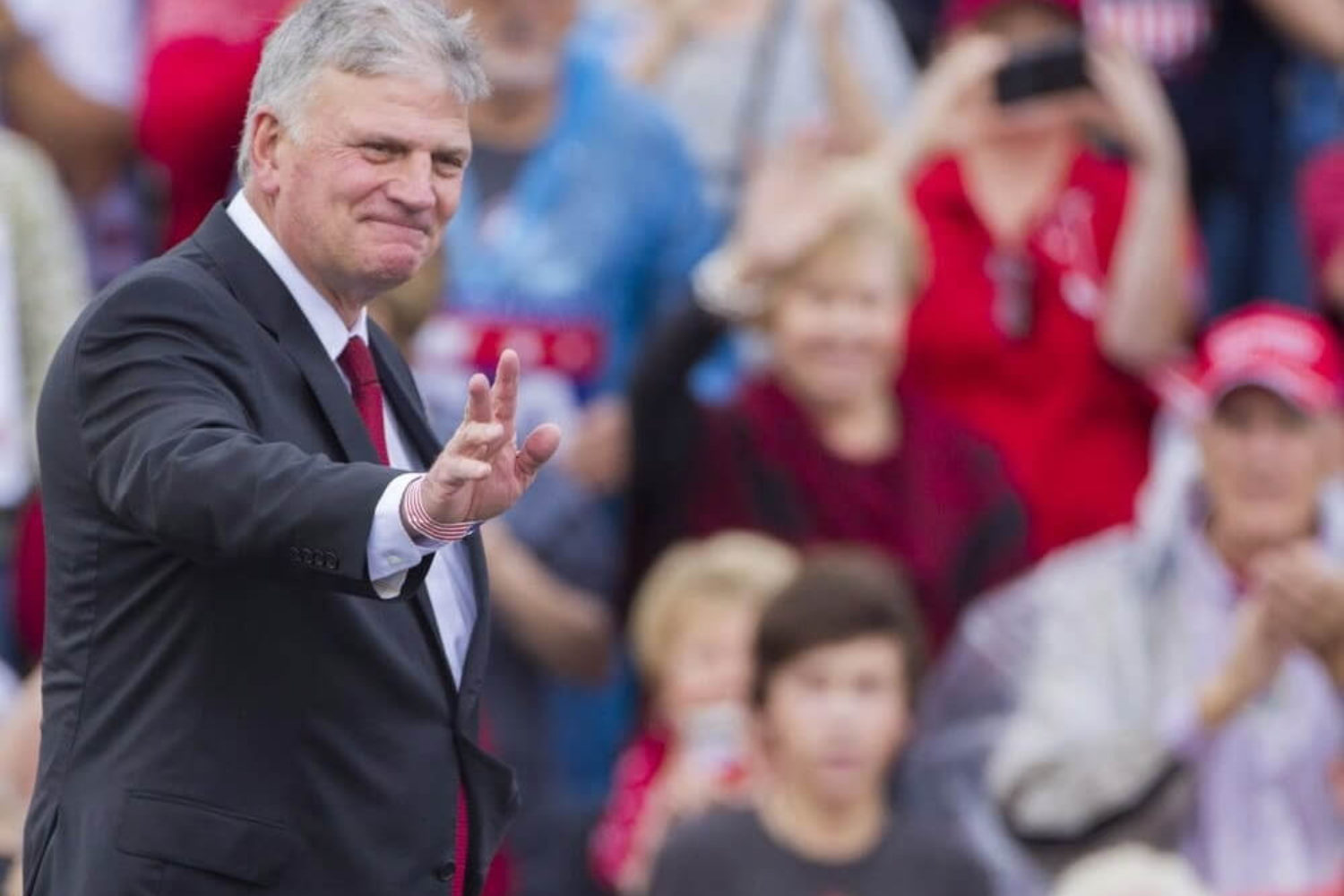 WN: In reading numerous comments on the original story by Flyn Ritchie in anticipation of Graham’s coming to Canada, it is amazing the super-pious, self-congratulatory tone of so many who see the devil at work in the opposition to Graham’s visit.  One constantly wonders just what “Gospel” they are reading – so contrary to that of Christ: in fact an “anti-Christ” Gospel….

Evangelist Franklin Graham has created a perfect storm of opposition by coming to Vancouver.

After offering adoring prayers at the inauguration of Donald Trump, whom he said was elected “by the hand of God,” the globe-trotting evangelist is venturing to the West Coast of Canada where an Insights West poll shows nine out of 10 disapprove of the billionaire president.

Graham is exposing himself to a multi-faith, immigrant-filled city with an influential gay community and a population of 2.5 million that tends to boast tolerance of everything except intolerance.

Metro Vancouverites – two of five of whom have “no religion” – have a live-and-let-live view of things Graham denounces: homosexuals, atheists, abortion, immigrants, Islam, refugees, Democrats, gun control and assisted dying.

Since Graham also has a habit of telling Christians who disagree with him that they’re not real Christians, it’s another reason he’s been drawing spikey local and international media attention for his March 3-5 crusade at Rogers Arena.

It did not help public-relations efforts that Graham is bringing his incendiary politics to B.C. just four weeks after a gunman murdered six Muslims in an attack in a Quebec mosque.

Unlike in the U.S., mass murders are uncommon in Canada. So emotions are running high – including in the protest-filled reaction to the gala Tuesday opening of Vancouver’s brassy Trump Tower, built by Malaysian billionaire Joo Kim Tiah.

The evangelist, a leading figure of the Religious Right, has been asked to stay away by Vancouver Mayor Gregor Robertson and gay Councillor Tim Stevenson, who is also a clergyman. Both politicians said the visit threatens “public safety.”

As if that’s not enough, Graham has the bad luck of coming to a city in which Roman Catholic, evangelical and mainline Protestant clergy, representing more than half the city’s one million Christians, have been honing the art of ecumenism.

Thirty-three Christian leaders, including Catholic Archbishop Michael Miller, wrote a public letter admonishing Graham for saying “all Muslims should be banned from the U.S. because Islam is a ‘very evil and wicked religion’ at war with the Christian West” and for “portraying the election, administration and policies of U.S. President Donald Trump as intrinsically aligned with the Christian church.”