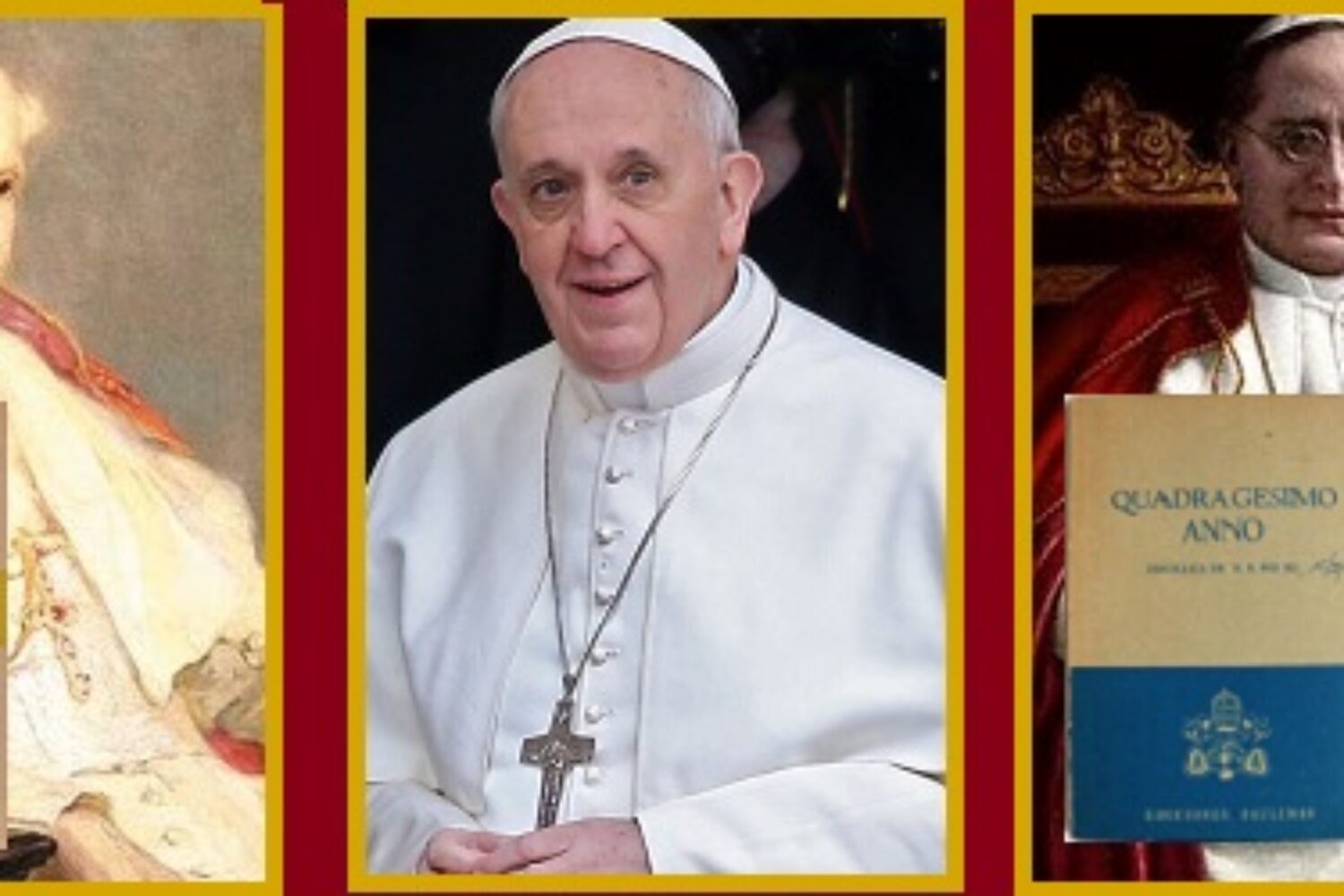 WN: This in my view is an outstanding article. Read it, and the extensive interaction with it afterwards.

Pope Francis faces many challenges in his efforts to modernize the application of Catholic social doctrine to today’s problems, particularly the growing global wealth, income, and power gap. His greatest challenge, however, may be overcoming a prevailing ignorance or misunderstanding of the basic moral principles that make lasting, systemic solutions possible.

As taught in academia, then embodied in law and promulgated by the media, there is an unquestioned assumption that capitalism and socialism (or some amalgam of the two) are the only possible arrangements of the social and economic order.

Neither system, however, empowers and liberates every person within it. Both systems are structured to concentrate opportunity, ownership, and power in a few hands—whether in private hands (as in capitalism), or in the State (as in socialism). Such concentration inevitably breeds poverty, corruption, and conflict.

What few academics, politicians, or media gurus have considered seriously is whether there can be a moral and truly democratic alternative—a “Just Third Way”—that transcends both capitalism and socialism.

If such an alternative is conceivable, what are its principles for restructuring the economic system? How could the system itself help close the wealth and income gap—without depriving anyone of their wealth and property rights? What are its means for empowering economically each person through equal opportunity, and access to the means of acquiring and possessing income-producing wealth?

Please click on: Pope Francis and The Just Third Way