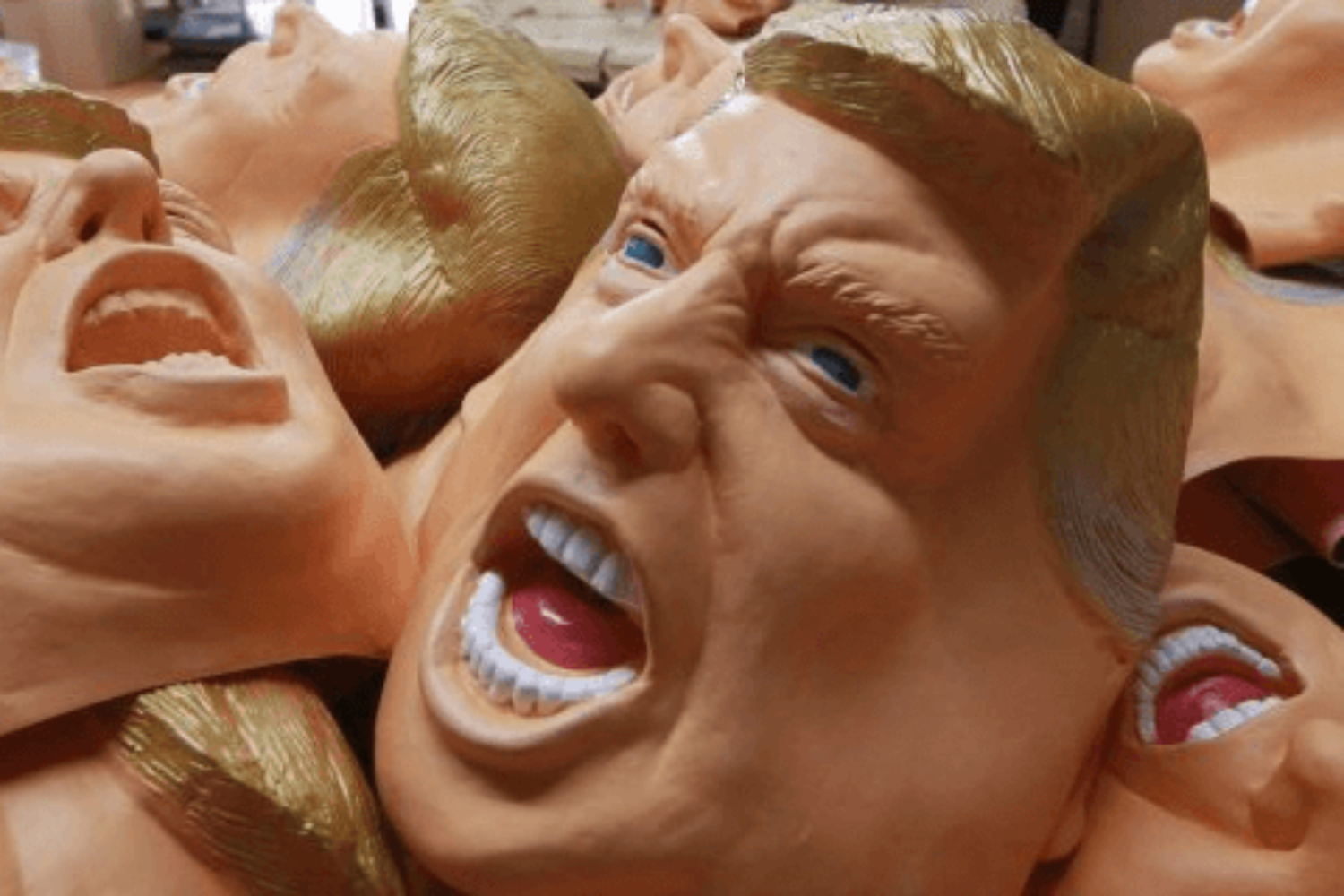 Take the quiz to see how your fact-checking skills stack up against others nationwide.

WN: I’ve generally stopped postings about Trump. But below is report of a fascinating poll, that speaks to larger philosophical/theological issues about truth-telling.

A personal example is a friend who ended his career as police chief in a major Canadian city. A committed Christian, a nice guy. But he had no qualms about routinely lying, and supporting that widely used strategy in policing. They in the know can name so many more institutional instances. The dilemma at its simplest is his lying all day on the job, then coming home to reprimand his son for his lying. Something dies with such official lies.

Another personal example is a relative who believes Trump apparently to hell and back. Here is an article about the tally of Trump’s lies in his first 700 days as President: a whopping 7,546! My relative in response to such facts asks: But who is checking the fact checker? Impossible will to believe against all odds, otherwise known as completely brainwashed! Hence the joke about the man convinced he was dead who was given books to read by his doctor about the state of dead men. Upon the patient’s acknowledging the next doctor visit that dead men do not bleed, the doctor whips out a giant needle, stabs his arm, and blood splurts out. The patient looks at his arm askance, and declares: “Dead men do bleed after all!”

Back to my former police chief friend: The issue becomes more serious when the lies cover up routine police wrongdoing. Anyone with even a passing acquaintance of the work on Canadian policing by journalist Paul Palango knows of the devastating consequences of official RCMP lies and far worse. There is no exemption for municipal police forces. This is where sayings like “The rich get richer, and the poor get prison“, and “Laws are like cobwebs: they catch the little guys and let the big ones get away” have absolute cachet in Canada1.

There is a fuller discussion of this in my “War, Police and Prisons: Cross-Examining State-Sanctioned Violence” (also a chapter in my series: Justice That Transforms: Volume Three.)

The problem only vastly deepens when institutional racism is added to the criminal policing mix. Listening to Canadian Broadcasting Commission (CBC’s) Cross Country Checkup today (“How can we tackle racism in Canadian policing?”) was intensely distressing for those of us making up the dominant white community with consciences about these things.

Not one, but three reports were released this week on the state of race and policing in Canadian cities, and all of them scathing in their conclusions.

In Thunder Bay, Ont., police are under intense scrutiny over relations with Indigenous people after two separate reports suggested the police service is rife with institutional racism.

In Toronto, police are also under criticism after the Ontario Human Rights Commission released stats showing that black people are “grossly over-represented” in violent interactions with city police.

Sadly, the result of these reports aren’t new revelations. They only confirm what black and Indigenous people have reported for some time. Nor are Thunder Bay and Toronto unique among Canadian cities, as many police forces wrestle with complaints of police discrimination.

Whether you believe in institutional racism exists among police forces or not, trust is broken in Canada’s justice system.

Our question: How can we tackle racism in Canadian policing?

One need also only read one book on Canadian police racism such as Secret Service to learn its endemic nature: one largely denied by Canadian police forces, or paid scant lip service to. Or one can adduce any of the dust-gathering Canadian government inquiries into the criminal justice system such as the 1999 “Report of the Aboriginal Justice Inquiry of Manitoba” which in Volume I begins:

One must add: and more likely to be shot dead. In a brand new Report we read that

A black person in Toronto is nearly 20 times more likely than a white person to be shot and killed by police, according to a new Ontario Human Rights Commission report on race and policing.

It is suggested that Big Oil and other Big Fossil Fuel extraction corporations will only likely fail when the oil or coal, etc. run out… if gargantuan environmental catastrophe does not shut down the Planet first. Sadly, widespread police criminal wrongdoing, racism, brutality and the like will not likely end unless the Planet comes to similar societal catastrophic demise.

As to politicians lying, scholar A. J. Coates writes:

Internationally known political scientist Hans Morgenthau in refined casuistry argues that ‘there is no escape from the evil of power’ and that ‘to know with despair that the political act is inevitably evil, and to act nonetheless, is moral courage’ (cited by Coates). We know the 19th-century saying by British Catholic historian Lord Acton:

This at least puts in some kind of perspective the endless stream-of-consciousness prevarications of Trump: and who in America believes him…2

For months, President Trump has claimed that U.S. Steel has announced plans to build more than six new plants. Throughout the midterm election, he repeatedly said that Democrats had signed onto an “open borders” bill. And he has long charged that millions of fraudulent votes were cast in the 2016 election.

None of these claims is true. What’s more, most Americans don’t believe them, according to a new Washington Post Fact Checker poll.

Fewer than 3 in 10 Americans — including fewer than 4 in 10 Republicans — believe these or several other prominent claims by the president, according to the poll.

Trump was particularly careless with the truth at his raucous 2018 campaign rallies. The Fact Checker evaluated two Trump campaign rallies in July and September and found at least 70 percent of Trump’s factual assertions were false or misleading.

The Post poll finds little connection between watching Trump’s rallies and believing his false claims. Americans who report watching rallies on TV or in-person are seven percentage points more likely than others to believe false claims made by Trump, but rally watchers are also six points more apt to accurately identify the true alternative claim to Trump’s falsehood.