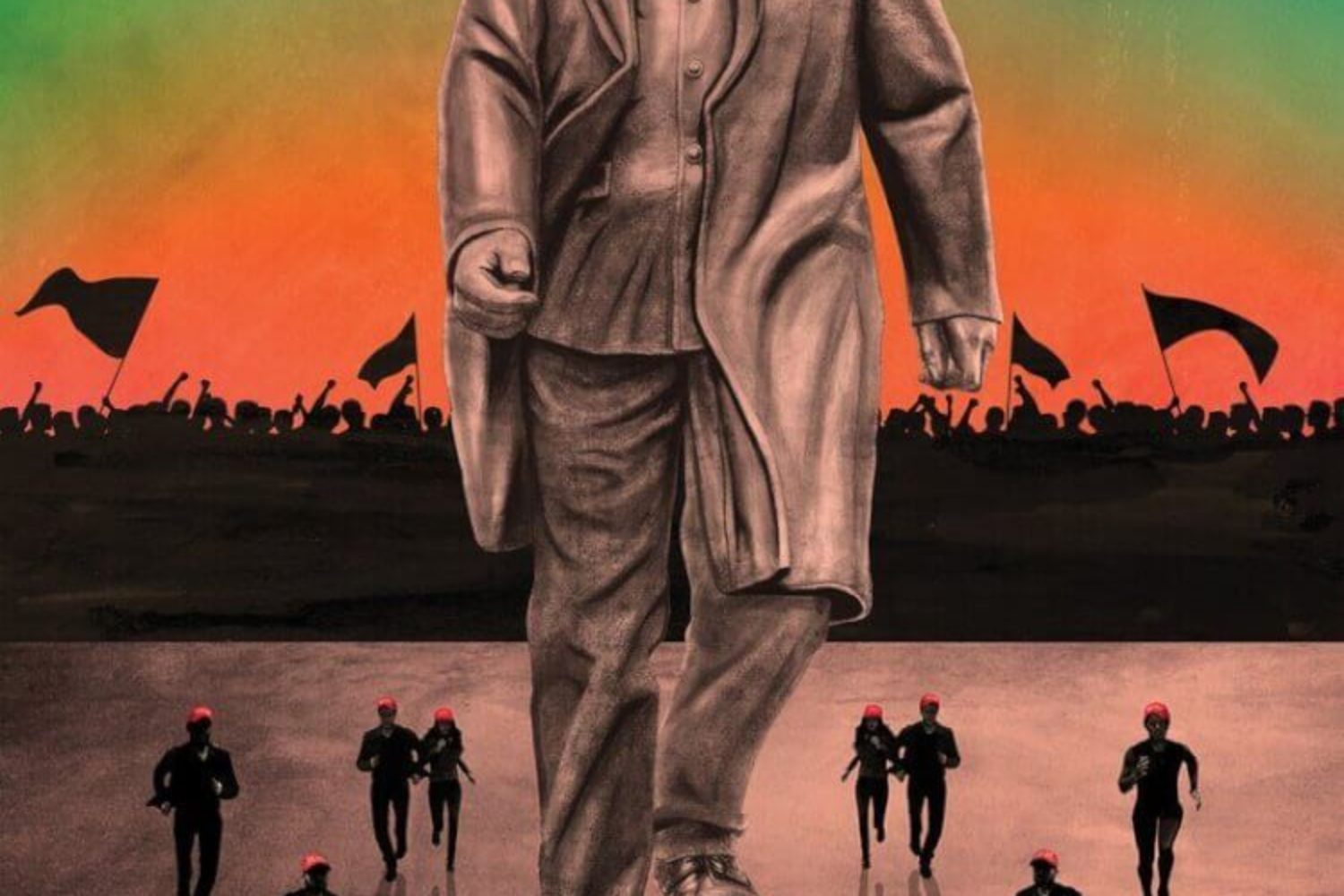 Escape from the Trump Cult

Millions of Americans are blindly devoted to their Dear Leader. What will it take for them to snap out of it?

WN: The very well-researched article highlighted below is fascinating, not because about Trump, but about deprogramming cultists from fundamental irrationality1 — and ultimately deep disillusionment. At least for some who invariably end up there, once seeing the light…

One can only wish enlightenment on all Trump devotees for their own good: not to indulge I-told-you-so fantasies.

This article by Dartagnan is also worth a read: We’re living through the consequences of a cult of personality, where the personality is sociopathic. We read:

Donald Trump has spun a cult of personality around himself, aided by a wholly complicit Republican Party now under his complete control. Most of what Americans are witnessing happening to the country today in real-time is a direct consequence of that cult of personality, with a death toll from the Sars-CoV-2 virus now exceeding 170,000 Americans, with a collapsed economy hamstrung from recovery by Republican ideology, and now, in a bizarre twist, with the bizarre attack on the U.S. Post Office by Trump and his willing sycophants to tilt the election in his favor.

In Trump, we are dealing with the cult of a personality where the “personality” at issue is that of a dangerously deluded psychotic (or sociopath, if you prefer). The only difference between Trump’s destructive impulses and those of Mao and Stalin is the environment where it is taking place; fortunately, at least thus far, there are some institutional barriers to the consequences of Trump’s cult of personality. But, as we have seen, it is none the less destructive personally to millions of Americans for that fact. The differences essentially amount to differences in scope and execution.

As was reported in the Washington Post Trump’s obsession with the Post Office dates back to a single delusion borne of his personality cult; namely, that “voter fraud” was the cause of his popular vote loss to Hillary Clinton.

This delusional fixation against the Post Office has now manifested itself by the insertion of a loyal sycophant, Louis DeJoy, who was eagerly recruited by another sycophant, Steven Mnuchin, to further Trump’s obsession.

As a result, we are now seeing a pillar of Americans’ existence lives come under assault, not for any rational reason, but in the feverish pursuit of pleasing the leader. This is the cult of personality writ large. It is as insidious, senseless, and corroding as any institutional attack fostered by a Stalin or a Mao.

The difference is only one of degree.

On December 20, 1954, some 62 years before Donald Trump would be sworn in as president of the United States, Dorothy Martin and dozens of her followers crowded into her home in Chicago to await the apocalypse. The group believed that Martin, a housewife, had received a message from a planet named Clarion that the world would end in a great flood beginning at midnight, and that they, the faithful, would be rescued by an alien spacecraft.

Unbeknownst to the other “Seekers,” three of their group—Leon Festinger, Henry Riecken, and Stanley Schachter—were not there to be saved, but to observe. Psychologists from elite institutions, they had infiltrated the pseudo-cult to study Festinger’s recently elaborated theory of “cognitive dissonance.” The theory predicted that when people with strongly held beliefs were presented with contrary evidence, rather than change their minds they would seek comfort and “cognitive consonance” by convincing others to support their erroneous views.

Festinger’s prediction was right. When neither the apocalypse nor the UFO arrived, the group began proselytizing about how God had rewarded the Earth with salvation because of their vigil. His subsequent book, When Prophecy Fails, became a standard sociology reference for examining cognitive dissonance, religious prophecy, and cult-like behavior. What the three researchers probably never predicted, though, was that over half a century later Festinger’s theory would be applicable to roughly 25 percent of the population of the United States and one of its two major political parties. Nor could they have foreseen that the country’s salvation might well depend on its ability to deprogram the Trump cult’s acolytes—an effort that would require a level of sympathetic engagement on the part of nonbelievers that they have yet to display.

Personality cults are a hallmark of populist-autocratic politics. The names of the various leaders are practically synonymous with their movements: Le Pen, Farage, Duterte, Orbán, Erdogan, Chávez, Bolsonaro, Putin. Or if we were to dip farther back into history: Castro, Franco, Mussolini, Hitler, Stalin. Like religious cult leaders, demagogues understand the importance of setting up an in-group/out-group dynamic as a means of establishing their followers’ identity as members of a besieged collective.

Trump, like the populist authoritarians before and around him, has also understood (or, at least, instinctually grasped) how indispensable his own individual persona is to his ultimate goal of grasping and maintaining power. Amidst his string of business failures, Trump’s singular talent has been that of any con man: the incredible ability to cultivate a public image. Of course, Trump did not build his cult of followers—his in-group—ex nihilo; in many ways, the stage was set for his entrance. America had already split into two political identities by the time he announced his campaign for president in 2015, not just in terms of the information we consume, but down to the brands we prefer and the stores we frequent.

And so with particularly American bombast and a reality TV star’s penchant for manipulating the media, Trump tore pages from the us-against-them playbook of the European far right and presented them to a segment of the American public already primed to receive it with religious fervor.

In an interview with Pacific Standard, Janja Lalich, a sociologist who specializes in cults, identified four characteristics of a totalistic cult and applied them to Trumpism: an all-encompassing belief system, extreme devotion to the leader, reluctance to acknowledge criticism of the group or its leader, and a disdain for nonmembers. Eileen Barker, another sociologist of cults, has written that, together, cult leaders and followers create and maintain their movement by proclaiming shared beliefs and identifying themselves as a distinguishable unit; behaving in ways that reinforce the group as a social entity, like closing themselves off to conflicting information; and stoking division and fear of enemies, real or perceived.

Reason rarely defeats emotion—or, as Catherine Fieschi, an expert on political extremism, told me, gut instinct. If it did, right-wing populist movements from Brexit to Bolsonaro would be on the retreat, not in the advance. Those caught in the web of Trumpism do not see the deception that surrounds them. And if scandals too numerous to list have not dented faith in Trump, those holding out for an apocalyptic moment of reckoning that suddenly drops the curtain—the Russia investigation, or his taxes—will only be disappointed. In all likelihood, the idea that Trump is a crook has been “priced in.”

When presented with his actual record, which has often fallen short of what he promised on the campaign trail, Trump supporters time and again have displayed either disbelief or indifference. As a Trump supporter explicitly stated in reference to the president’s many, many lies, “I don’t care if he sprouts a third dick up there.” What actually is doesn’t matter; what does is that Trump reflects back to his supporters a general feeling of what ought to be, a general truthiness in their guts.

Amidst the frenetic pace of disgrace and outrage, Trump’s support remains stable among too large a chunk of the American public to just ignore. Trump, who insisted on the presence of voter fraud by the millions in an election he ultimately won, and a coterie of prominent Republicans spent the week after the 2018 midterms delegitimizing the very notion of counting all the votes in key races in Florida, Georgia, and Arizona. Trump’s claim that he could shoot someone in the middle of Fifth Avenue and still retain the loyalty of his followers is jokingly referred to as the truest thing he’s ever said, but it’s less funny that 52 percent of them would hypothetically support postponing the 2020 election if he proposed it. What happens when a man who has already >promoted political violence, and whose most hardcore supporters have shown their willingness for such violence, finds on election night two years from now that he has just narrowly lost? Do any of us truly believe that Donald J. Trump and his followers will simply slink away quietly into the night?

So, how do we get those caught up in the cult of Trump to leave it?