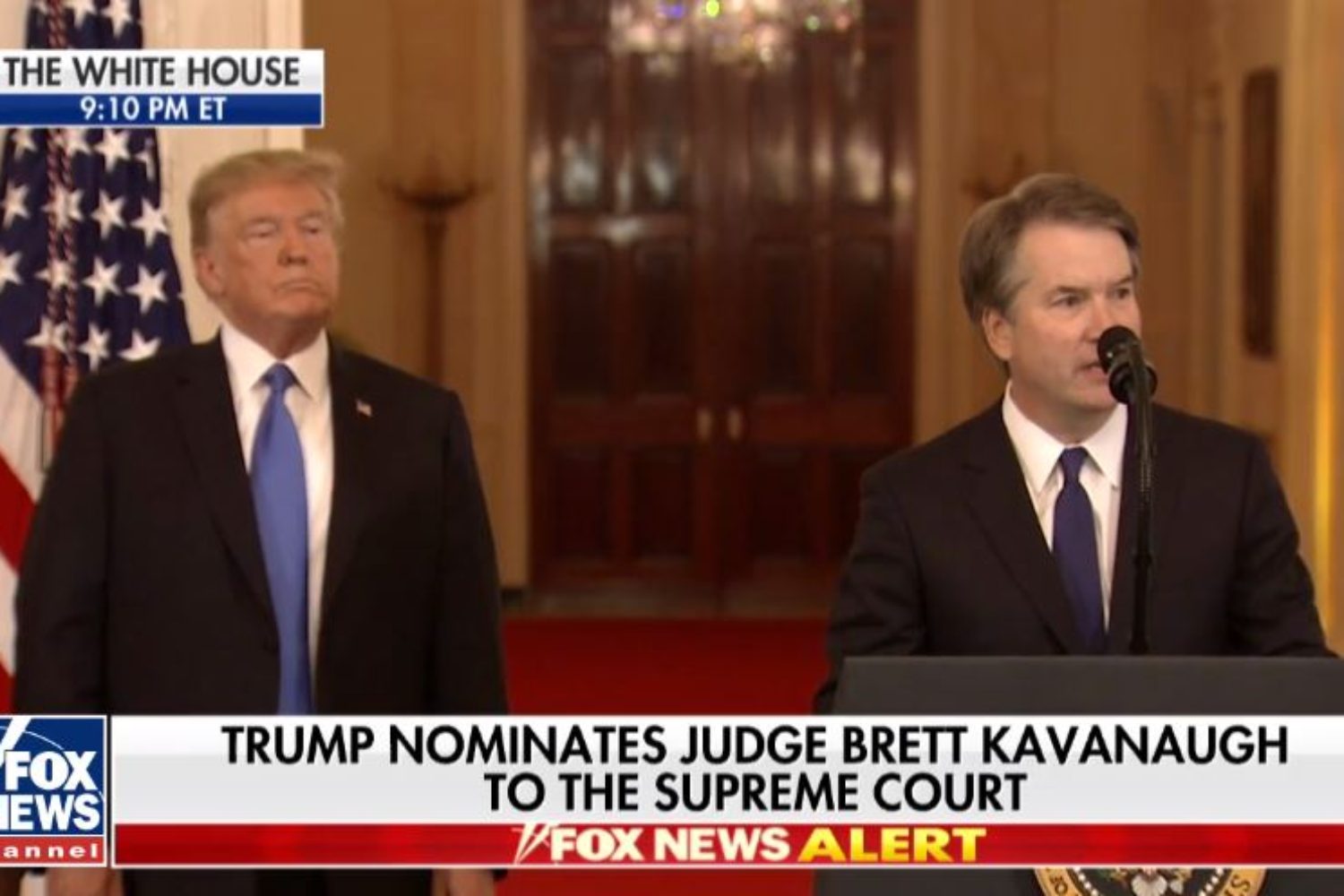 WN: And Hitler was apparently an animal lover…

While his legal record is perhaps not as bad as it might be with regard to criminal cases, his decisions on national security make up for it with indefinite detentions to spare. His stance on the unassailable nature of executive power alone should disqualify him from the U.S. Supreme Court while a president is under FBI investigation. Yet, as so often happens with this administration, Americans are faced with a veritable cornucopia of a candidate’s failings.

Brett Kavanaugh’s character is also bad—in the sense that the multiple, credible allegations against him display a consistent inability to see women as fully human. Instead, as Lili Loofbourrow argued in Slate, these women become props in a drama of “toxic homosociality.” His Thursday hearing before the Senate Judiciary Committee provided a dramatic encore of that homosociality, as he performed rage for President Donald Trump and the Senate Republicans, over the bodies and voices of Christine Blasey Ford, multiple female senators, and Rachel Mitchell, the female prosecutor hired to question him.

In retrospect, it seems inevitable that a man with these politics would have this character. It feels natural—intuitive, even: a small step from the intimate violence of attempted rape to the legal violence of denying Jane Doe an abortion. But this kind of straight line, from what we might loosely call “character” or “temperament” to politics, assumes that “character” is something that is consistent, stable, and entirely knowable from actions that others have both observed and reported. The same argument that connects Kavanaugh’s bad character to his bad politics, in other words, implicitly admits the converse: that good politics are a sign of good character.

Brett Kavanaugh’s character is also bad—in the sense that the multiple, credible allegations against him display a consistent inability to see women as fully human.

We know this is not true. Ted Kennedy placed so little value on a woman’s life that he not only left her to drown but neglected to report the incident for more than nine hours while running political damage control. Later in his life he had a 100 percent rating from NARAL and Planned Parenthood. Women’s groups such as NOW referred to him as a “women’s rights champion” after his death. President Bill Clinton vetoed the obscenely named “Partial-Birth Abortion Ban Act” and appointed Ruth Bader Ginsburg to the Supreme Court. He also has been accused of sexual harassment by multiple women and had an inherently coercive affair with Monica Lewinsky. He has never apologized. Harvey Weinstein gave generously to both President Barack Obama’s and Hillary Clinton’s campaigns; he has allegedly raped, assaulted, or harassed more than a dozen women.

T.S. Mendola is an academic editor and writer. She has published at The Rumpus, The Modern Language Review, The Yearbook of Comparative Literature, Narrative Culture, and Health Affairs. She can be found on Twitter @tsmendola.

Like Loading...
Judge Brett Kavanaugh’s Bad Character Has Nothing to Do With His Bad Politics, T.S. Mendola