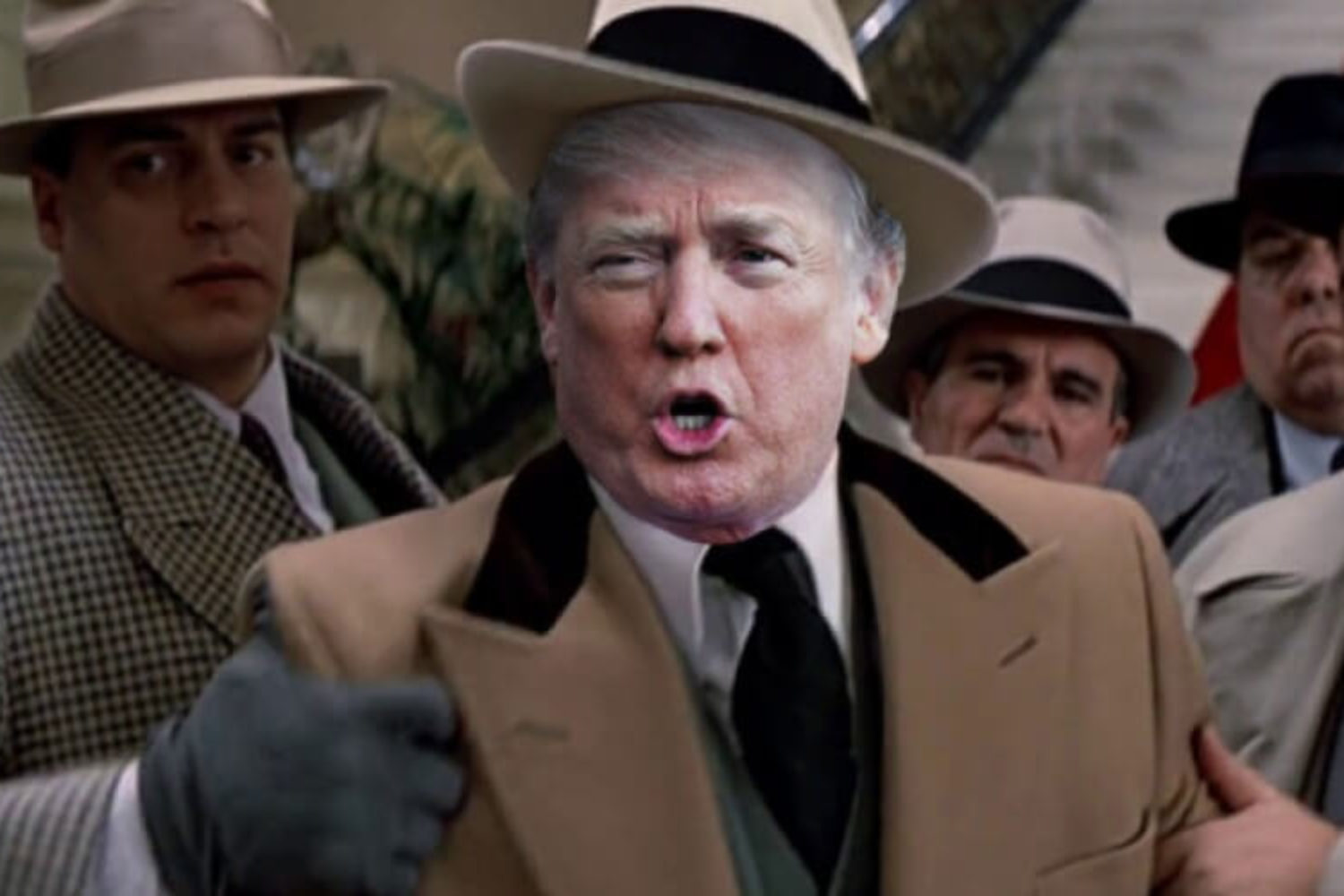 The White House theocrats may be the biggest danger of all.

Men never do evil so completely and cheerfully as when they do it from religious conviction.

The author in the article highlighted below makes great sense!

That said, contrary to the author’s juxtaposition of the Inquisition with the Enlightenment, Sir Larry Siedentop in Inventing the Individual: The Origins of Western Liberalism, that does a sweep of 1800 years of Western history, demonstrates that

The roots of liberalism—belief in individual freedom, in the fundamental moral equality of individuals, in a legal system based on equality, and in a representative form of government befitting a society of free people—all these were pioneered by Christian thinkers of the Middle Ages who drew on the moral revolution carried out by the early Church. These philosophers and canon lawyers, not the Renaissance humanists, laid the foundation for liberal democracy in the West. — from description of book highlighted above; emphasis added).

The Enlightenment became known for a kind of unhinged anticlericalism every bit as dogmatic and false to history as the worst of the Christianity some notables like Voltaire were excoriating.

“I have done nothing to harm these people but they are angered with me, so what do they do, doctor up some income tax, for which they have no case… to harass a peaceful man.”

You could be excused for thinking that Donald Trump spoke these words of self-pity. In fact, they’re from Robert de Niro, playing that other gangster, Al Capone, in the 1987 movie The Untouchables, written by David Mamet.

Like Trump, a would-be dictator madly claiming the overwhelming support of the populace, the real-life Capone insisted that his criminal acts satisfied “a public demand.” He declared, “I am just a businessman, giving the people what they want.” And a certain percentage of the civilian population—Capone’s “base,” if you will—thought he was just swell.

Scarface even rigged elections. In 1924, in Cicero, Illinois, Capone was fearful that the Republican mayor who fit snugly in his pocket might be defeated for another term. So those who opposed the incumbent were kidnapped, beaten and murdered. Ballot boxes were stuffed and voters threatened. Problem solved.

Trump hasn’t reached the point of kidnapping and killing voters—yet—but it’s clear that he views elections with equal distemper and has no scruples about cheating to win or even eliminating elections altogether. He welcomed what has been thoroughly documented Russian interference in the 2016 election, yet continues to deny it ever happened, and now is doing his best to obstruct efforts for fair elections in 2020.  The nationwide GOP effort to suppress voter turnout continues.

There’s no longer anyone at the White House to stop him from crashing down the slope from one boulder to the next, caroming like a tangerine billiard ball, inflicting further death and despair on families at home and abroad and increasing the odds of complete disaster, including a resurgence of terrorist violence. See Syria, the Kurds, Turkey and a mindboggling series of boneheaded, deadly decisions.

Meanwhile, his appeals to racial prejudice, lies and seedy conspiracy theories are backed by cynical opportunists who know they’re all false yet don’t care as long as their own goals are achieved. They’re joined by people so angry, clueless and out of touch with the way government actually works—or doesn’t—that they think our bureaucracy is capable of pulling off plots like some wannabe James Bond villain.

In the last week, speeches from the second and third most powerful men in the Trump administration powerfully illustrate that the old-time religion they have in mind is more along the lines of the Inquisition than the Enlightenment.

On Friday, Attorney General William Barr, took it upon himself to speak to an audience at Notre Dame Law School not about jurisprudence but a “campaign to destroy the traditional moral order.”

In that social order, Barr insisted, “moral values must rest on authority independent of men’s will – they must flow from a transcendent Supreme Being.”

He decried what he saw as the “force, fervor, and comprehensiveness of the assault on religion we are experiencing today. This is not decay; it is organized destruction. Secularists, and their allies among the ‘progressives,’ have marshaled all the force of mass communications, popular culture, the entertainment industry, and academia in an unremitting assault on religion and traditional values.”

The same day as Barr’s closed-door address, Secretary of State Mike Pompeo—Savonarola to Barr’s would-be American Torquemada—went before the American Association of Christian Counselors in Nashville. “I know some people in the media will break out the pitchforks when they hear that I ask God for direction in my work,” he said. He asked that those in attendance “pray for my work in defending religious freedom,” and added, “You will all be in my prayers as you do God’s work, and I covet yours as I lead American diplomacy.”

Trump hit the religion hot buttons, too, when he spoke on Saturday at the Value Voters Summit in DC, sponsored by the Family Research Council. But it’s hard to take seriously anything he says about faith. Barr and Pompeo, on the other hand, really mean it.

Pompeo, who has said, “I keep a Bible open on my desk to remind me of God and his word, and the truth,” has expressed his firm belief in the Rapture. Barr, as my friend Joan Walsh writes in The Nation, “is actually neck-deep in a web of extremist conservative Catholic institutions, and he has been for the last three decades.” These include the Catholic Information Center, run by the far-right Opus Dei, the Becket Fund for Religious Liberty and Bill Donohue’s Catholic League for Religious and Civil Rights.

This is all of a piece with the increasing right-wing embrace of a philosophy known as integralism, which, as colleague Mike Lofgren recently explained, “stresses a comprehensively integrated social and political order complete with religious and cultural conformity. Of course, somebody would have to do all that integrating, and that means a powerful state apparatus keeping everyone in line and inevitably deciding which religious views should be fostered and which are heretical.”

Integralism’s adherents—whether they know the word for it or not—are part of anti-democratic movements all over the world.  We’re right, you’re wrong, they say, and like Al Capone, to hell with any egalitarian process or legality that gets in our way. In June, Adam Serwer at The Atlantic wrote, “The leaders of both the populist and establishment wings of the Republican Party have concluded that they cannot be allowed to lose power simply because a majority of American voters do not wish them to wield it.”

The ends—their desire for a Christian dominated, dictatorial theocracy—justify the means. In their use of religious belief to bolster this current autocratic government, Pompeo and Barr are hitting all the buzzwords and sounding the dog whistles. In many ways they are worse then Trump because they possess a clear and doctrinaire vision, know exactly what they want and how to make it happen. In the words of author and journalist Michael Tomasky, “Doubt nothing about what these people are capable of.”

This is scary stuff, everyone. Be very afraid. Pay attention. Resist.