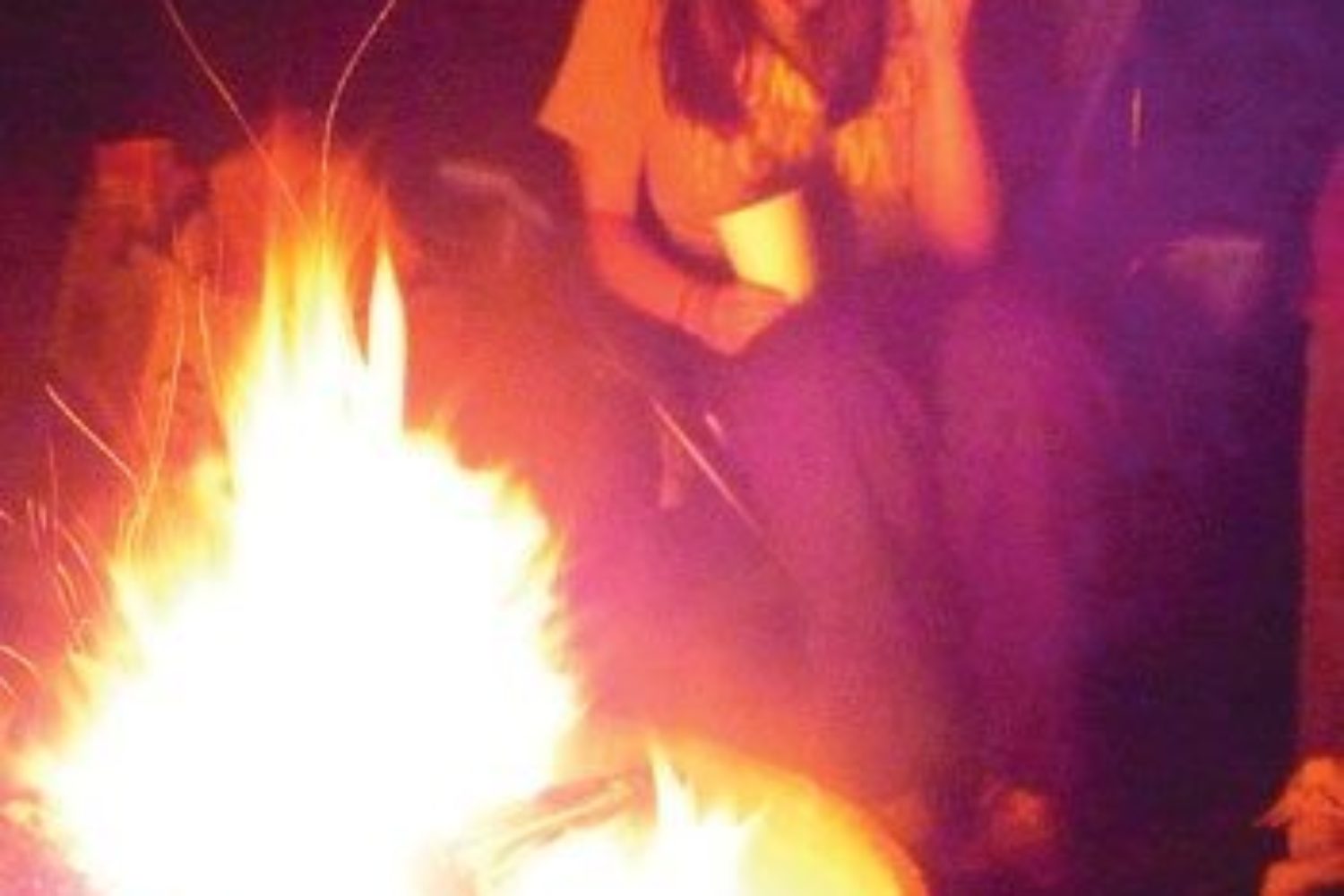 Technology feeds our insatiable hunger for stories, but fails to satisfy our need for human connection. A boom in live storytelling could be changing that.

When I moved to Ireland for graduate school in 2012, Pádraig Ó Tuama, a leader of the Corrymeela Community, was the first person I met. As he drove me into the city from the airport, he invited me to the monthly storytelling event he and Paul Doran ran known as Tenx9 (pronounced “ten by nine”), where nine people had ten minutes each to tell a real story from their lives, based on a theme.

In the months I lived in Belfast, I attended every Tenx9, and when I returned to Nashville, I asked Pádraig and Paul if I could start a chapter back home. They agreed, and I ran the first event in September 2013, with another following every month since.

It didn’t take long before people began noticing how popular live storytelling events were becoming. Events like Tenx9 have popped up around town and around the country. People want storytelling, in part because of a longing for human connection. In this technological age, we’ve become increasingly digitally connected and simultaneously locally estranged. We’re losing much of the intimacy of intentional human connection, trading it for constant connectivity, availability, and impersonal comments sent to “someone” “somewhere else.”

At Tenx9, we try to cultivate human connection by being a place where ordinary people tell ordinary stories. Alongside silly and delightful stories, you can hear stories of pain and struggle. At the first Nashville event, the theme was “Journey,” and a friend of mine shared a story about an incredible biking adventure he took with his dad. The audience smiled and laughed and relaxed. The very next story was also about a father, but one quite different. The storyteller told of her turbulent relationship with her dad, of always wanting to feel loved by him. She told how that longing began to mask itself with anger. And then she shared about the day she got a call that her father had been found dead in his garage, car exhaust filling his vehicle, and a goodbye note left behind – for her.

Recently, I’ve begun working with Narrative 4, a nonprofit that runs empathy-building programs all over the world. The core methodology is a story exchange, where paired participants tell their partner a true story from their life. Their partner listens deeply to the story. Then, when the participants regroup, each person tells their partner’s story in first-person pronouns, as if that story happened to them. Former United Nations Secretary General Ban Ki-Moon said that the world is suffering from an “empathy gap.” Narrative 4 is trying to address this gap.

In early September, I collaborated with a local nonprofit to bring together a group of twelve Christians, Muslims, and Jews to participate in such a story exchange. Gathering in the home of a Palestinian Christian, I watched a white Christian woman inhabit the story of a brown Muslim woman. I watched a Jewish man give his story to a Muslim man to tell. Afterward, each of the twelve expressed surprise at how they had learned to connect and empathize with each other. One woman said she felt freer, as well: hearing someone else tell her story lifted the burden of carrying it alone. At the end of our time together, another participant said, “This was possibly the closest experience of encountering the divine in the world that I’ve ever had.”

While practicing empathetic storytelling and listening can be difficult with a friend, doing so with your enemy is even harder. During recent storytelling projects in Israel, Palestine, Northern Ireland, and South Africa, I interviewed dozens of people who have done just that. One of the people I met was Bassam Aramin.

Bassam is a middle-aged Palestinian man who, at age seventeen, was sentenced to seven years in Israeli prison after a group of his friends threw grenades at Israeli soldiers. (No one was injured.) While in prison, one of Bassam’s Israeli jailers began conversations with him, challenging him on the story Bassam believed about his history, politics, and people. As the jailer and Bassam each told his understanding of the conflicted story of Israelis and Palestinians, Bassam hoped to convince the man to his way of thinking; I suspect the jailer hoped for the opposite. After a while, the jailer started bringing Bassam coffee; – an attempt to provide some dignity and a sign of growing respect, or at least less disdain.

One October day, around a hundred Israeli soldiers entered the prison as part of a military exercise, bringing each Palestinian out of his cell to be beaten in a gauntlet formation. When they seized Bassam, he resisted and was taken into a side room for a more severe beating. As the soldiers struck him over and over, another person entered and threw his body over Bassam’s to protect him. It was his jailer.

If we can get close enough to hear the story of our enemy, we may be able to subvert the narrative of fear.

Some years later, after Bassam was free, he began meeting with former soldiers to exchange stories and hear different points of view, meetings that eventually led to the creation of Combatants for Peace. “I started to learn the other side,” he told me. “Then I began to see the soldiers in the checkpoints not as targets. For the first time, I started to look at their faces.… The change starts in yourself. Rumi said, ‘Yesterday I was clever, so I started to change the world. Today I am wise, so I start to change myself.’”

In 2007, an Israeli soldier shot and killed Bassam’s ten-year-old daughter, Abir, as she came home from school. Bassam’s response to his daughter’s killing was remarkable: he went to graduate school to study the Holocaust, hoping to better understand the history of his Jewish neighbors. Today Bassam is a spokesperson for Parents Circle–Families Forum, an organization of Israelis and Palestinians who have lost family members in the conflict.

These are the kinds of stories that can save us from succumbing to fear of the other. They subvert the narrative of the dangerous difference between “us” and “them.” Rami Elhanan, the Israeli leader of the Parents Circle–Families Forum, whose fourteen-year-old daughter, Smadar, was killed by a Palestinian suicide bomber, once said to me, “We bang our heads against this very high wall of hatred and fear that divides these two nations. And we put cracks in it, cracks of hope.”

Contributed By Michael T. McRay is the founder and curator of Tenx9 Nashville Storytelling. He lectures at Lipscomb University and is the author of Letters from “Apartheid Street” and Where the River Bends. michaelmcray.com