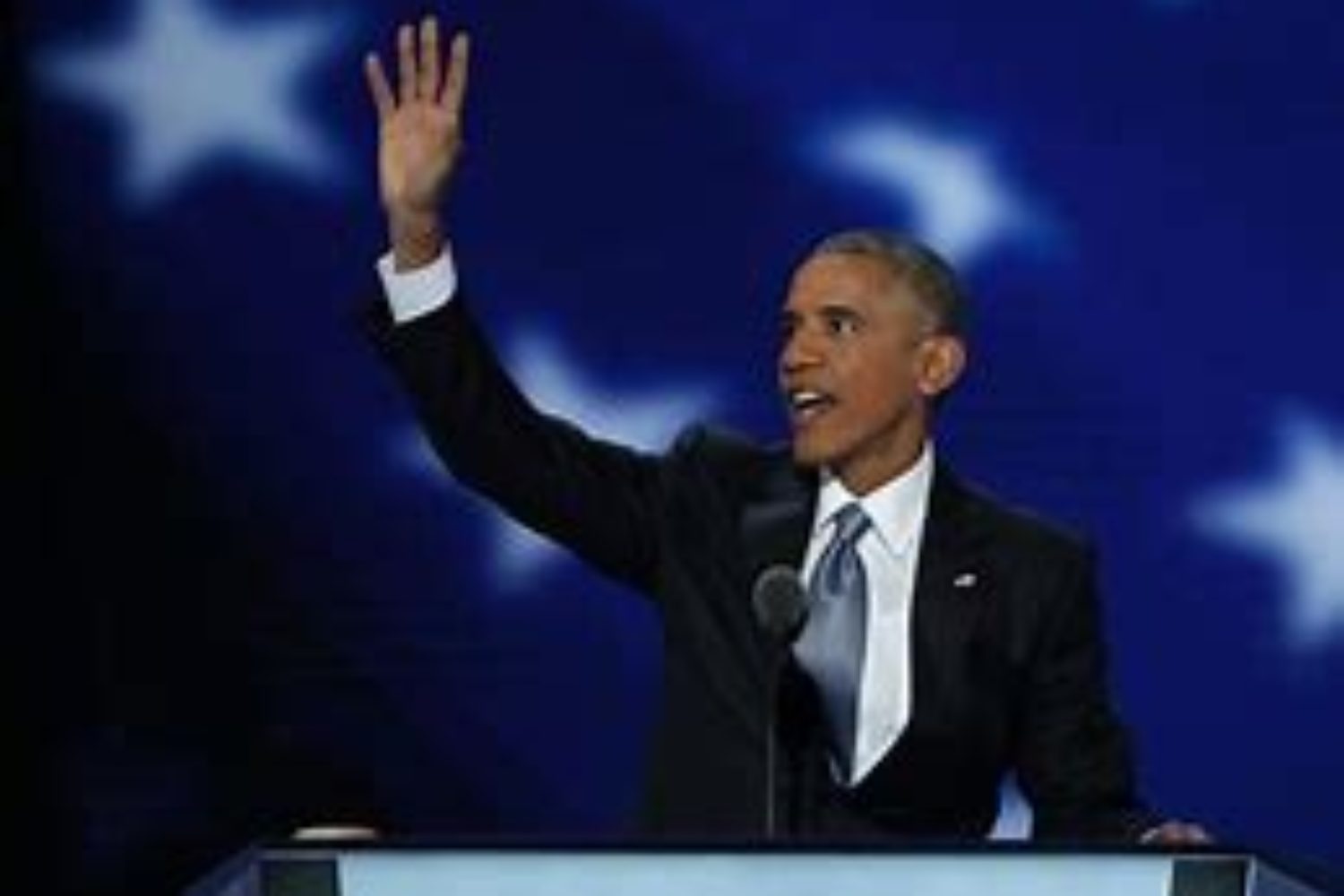 WN: The review below of the recent massive biography of Barack Obama is scathing with reference to Obama’s supreme narcissism (matching Trump’s one could argue, though not in constant bombast). Paul Street powerfully demonstrates how Obama, in a long line of Presidents, was in thrall to the brutal American Empire Project1 of what increasingly is becoming the 1%, who spread their pitiless (and pitiful) tentacles around the globe in pursuit of endlessly amassing more wealth, voraciously ever arrogating to themselves more power over humanity and the Planet. The United States of America has since inception ruthlessly run a (now worldwide) crime syndicate that sucks wealth and vitality out of all peoples and the Good Earth; destroying or dominating everything that is in its path, human or material. And Obama was an obsequious pawn in thrall to this brutal Empire. Another scathing book tracking the supremely phony Obama is Hopeless: Barack Obama and the Politics of Illusion, of which one reviewer (Thomas H. Naylor) comments:

“Jeffrey St. Clair and Joshua Frank have skillfully smoked out the real Barack Obama . . . the technofascist military strategist disguised as a Nobel Peace Laureate, but owned, operated, and controlled by Wall Street, Corporate America, and the Pentagon.”

It is hard to deny these two assertions:

This review of Obama’s memoir, A Promised Land, by Carlos Lozada (November 17, 2020), entitled The examined life of Barack Obama, underscores for me the inverse relationship between those (for sure in America, “the most violent nation on earth”–Martin Luther King Jr.; in the West generally; stuff of nation-states worldwide), who aspire to ever higher levels of political power . . . and human decency. FULL STOP. Obama was pure pragmatist from beginning to end of his public life.

“In his memoir, Obama is both the subject and the judge” is subtitle of the article. We read:

It’s a tic of temperament but also of design. As early as his college years, Obama cultivated the habit of questioning his assumptions, which he thinks “inoculated” him against the revolutionary zeal of the Reagan-era left. The vaccination has lasted.

“Thy Kingdom Come” seems expunged from Obama’s Lord’s Prayer recitation in favour of “My Career Succeed“. Well, Obama’s career did succeed, and his post-Presidential hobnobbing with the rich and famous is secure.

“They have their reward” is not however something to aspire to in Kingdom Come.

Another long article (November 23, 2020) by Paul Street in response to Obama’s new book is: A Man-Child in A Promised Land: Obama, Trump, Jeffrey Goldberg, and Richie Rich. His concluding words:

Thanks for all that and so much more, Obama.

What on Earth motivated the Pulitzer Prize-winning historian and law professor David J. Garrow to write an incredibly detailed 1078-page (1460 pages with endnotes and index included) biography of Barack Obama from conception through election to the White House? Not any great personal affinity for Obama on Garrow’s part, that’s for sure. Rising Star: The Making of Barack Obama is no hagiography. On the last page of this remarkable tome, Garrow describes Obama at the end of his distinctly non-transformative and “failed presidency” as a man who had long ago become a “vessel [that] was hollow at its core.”

Garrow very incompletely quotes Reed’s reflection only to dismiss it as “an academic’s way of calling Barack an Uncle Tom.”  That is an unfortunate judgement. Reed’s assessment was richly borne out by Obama’s subsequent political career.  Like his politcio-ideological soul-brothers Bill Clinton and Tony Blair (and perhaps now Emmanuel Macron), Obama’s public life has been a wretched monument to the dark power of the neoliberal corporate-financial and imperial agendas behind the progressive pretense or façade of telegenic and silver-tongued professional class politicos.

Reed’s prescient verdict more than 12 years before Obama became president brings more insight to the Obama tragedy than Jager’s reflection five years into Obama’s presidency. Obama’s nauseating taste for supposedly (and deceptively) non-ideological “get things done” “pragmatism,” “compromise,” and “playing it safe” – for “accepting the world as it is instead of trying to change it” (Jager) – was not simply or merely a personality quirk or psychological flaw. It was also and far more significantly a longstanding way for “liberal” Democratic presidents and other politicos to appear “tough-minded” and stoutly determined to “getting things done” while they subordinate the fake-populist and progressive-sounding values they mouth to get elected to the harsh “deep state” facts of U.S. ruling class, imperial, and “national security” power. A “pragmatic,” supposedly non-ideological concern for policy effectiveness – “what can be accomplished in the real world” – has long given “liberal” presidents a manly way to justify governing in accord with the wishes of the nation’s ruling class and power elite.

Garrow and Jager might want to look at a forgotten political science classic, Bruce Miroff’s  Pragmatic Illusions: The Presidential Politics of John F. Kennedy [1976].) After detailing the supposedly progressive Kennedy’s cool-headed, Harvard-minted, and “best and brightest” service to the nation’s reigning corporate, imperial, and racial hierarchies, Miroff explained that:

“Most modern presidents have claimed the title of ‘pragmatist’ for themselves.  Richard Nixon was just as concerned as John Kennedy and Lyndon Johnson to announce that he was not wedded to dogma, and that his administration would follow a realistic and flexible course. It has chiefly been the liberal presidents, however, who have captured the pragmatic label… For liberal presidents – and for those who have advised them – the essential mark of pragmatism is its ‘tough-mindedness.’ Pragmatism is equated with strength and intellectual and moral strength that can accept a world stripped of illusions and can take the facts unadorned. Committed to liberal objectives, yet free from liberal sentimentality, the pragmatic liberal sees himself as grappling with brute and unpleasant facts of political reality in order to humanize and soften those facts… The great enemy for pragmatic liberals is ideology… An illusory objectivity is one of the pillars of pragmatic ‘tough-mindedness.’ The second pillar is readiness for power.  Pragmatists are interested in what works; their prime criterion of value is success…[and] as a believer in concrete results, the pragmatist is ineluctably drawn to power.  For it is power that gets things done most easily, that makes things work most successfully.” (Pragmatic Illusions, 283-84, emphasis added).

The classic neoliberal Bill Clinton embraced the pragmatic and non-ideological “get things done” façade for state capitalist and imperialist policy. So did the pioneering neoliberal Jimmy Carter and the great corporate liberals Lyndon Johnson, John F. Kenney and Franklin Roosevelt. Was this really or mainly because they were psychologically wounded?  The deeper and more relevant reality is that they functioned atop a Superpower nation-state rule by unelected and interrelated dictatorships of money, empire, and white supremacism. They were educated, socialized, seduced and indoctrinated – to understand in their bones that those de facto dictatorships must remain intact (Roosevelt boasted of having saved the profits system) and that liberal “reform” must always bend to the will of reigning institutions and doctrines of concentrated wealth, class, race, and power. Some or all of them may well have to believe and internalize the purportedly non-ideological ideology of wealth- and power-serving pragmatism. And Obama was either a true believer or one who cynically chose to impersonate one as the ticket to power quite early on.

The most glaring thing missing in Rising Star is any understanding of U.S, Senator and presidential candidate Obama’s imperial world view. His brazenly “American exceptionalist” and imperial mindset, straight out of the Council on Foreign Relations, was written all over Obama’s foreign policy speeches and writings (including large sections of The Audacity of Hope) in 2006, 2007, and 2008. I wrote about this at length in the fourth chapter (titled “How Antiwar? Obama, Iraq, and the Audacity of Empire”) in my 2008 book Barack Obama and the Future of American Politics.

This is a significant omission but it is unsurprising given Garrow’s own apparent enmeshment in the American imperial mindset.  Rising Star’s long epilogue includes John McCain-like criticisms of Obama for failing to launch military strikes on Syria and for being too allergic to “the use, or even the threat of force” in global affairs. Garrow even offers a lengthy critical quote on the need for “the next president” to be more “resolute” from the former leading imperialist defense secretary Robert Gates, who Garrow strangely describes as “the weightiest and most widely respected voice of all.”

If I could ask Garrow one question beyond the personal matter of why my own heavily researched and annotated study of (and Left warning on) “rising star” Obama (Barack Obama and the Future of American Politics [Paradigm-Routledge, 2008]) is so egregiously missing in his bibliography and endnotes, it is this: what does Garrow think his previous epic biography subject Dr. Martin Luther King. Jr. (who politely refused progressives’ effort to enlist him as a presidential candidate and whose bust sat behind Obama in the Oval Office), would have thought of the career of Garrow’s new epic biography subject, Barack Obama?

As Garrow knows, King in his final years inveighed eloquently against what he called “the triple evils that are interrelated,” essentially capitalism, racism, and militarism-imperialism. King came to the end of his martyred life with the belief that the real faults in American life lay not so much in “men” as in the oppressive institutions and social structures that reigned over them.  He wrote that “the radical reconstruction of society itself” was “the real issue to be faced” beyond “superficial” matters. He had no interest, of course, in running for the White House of all things.

Obama took a very different path, one that enlisted him in service both to narcissistic self and to each of the very triple evils (and other ones as well) that King dedicated his life to resisting.

The Obama-King contrast continues into Obama’s post-presidential years.  As Garrow showed in Bearing the Cross: Martin Luther King. Jr. and the Southern Christian Leadership Conference (William Morrow, 1986), the great Civil Rights leader and democratic socialist Dr. King sternly refused to cash in on his fame.  Now that he is out of the White House, Obama, by contrast, is cashing in. He’s raking in millions from the publishing industry and Wall Street and he’s back to his old “hobnobbing” ways with the rich and famous.

The reverend would be 88 years old if he had been blessed with longevity.  My guess is that he would be less than pleased at the life and career of the nation’s first technically Black president.