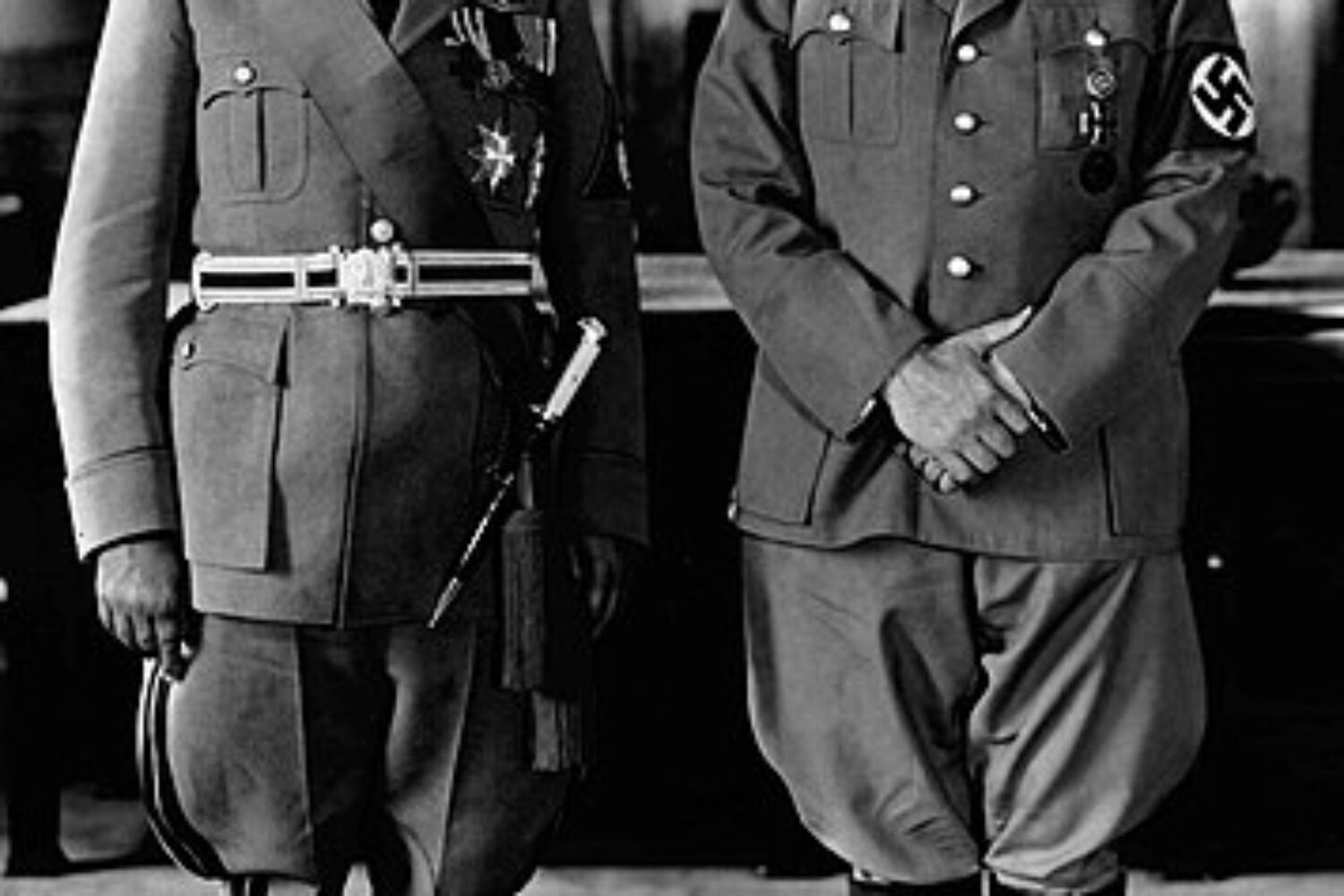 image above: Benito Mussolini (left) and Adolf Hitler (right), the leaders of Fascist Italy and Nazi Germany, respectively, were both fascists.

See too: On Tyranny: Twenty Lessons from the Twentieth Century, by Timothy Snyder. Of it:

The Founding Fathers tried to protect us from the threat they knew, the tyranny that overcame ancient democracy. Today, our political order faces new threats, not unlike the totalitarianism of the twentieth century. We are no wiser than the Europeans who saw democracy yield to fascism, Nazism, or communism. Our one advantage is that we might learn from their experience.

On Tyranny is a call to arms and a guide to resistance, with invaluable ideas for how we can preserve our freedoms in the uncertain years to come.

But. . . What if the Founding Fathers and every federal government administration since were to varying degrees tyrannical themselves? Have we in fact learned from that experience? See:

Political scientist Dr. Lawrence Britt recently wrote an article about fascism (“Fascism Anyone?,” Free Inquiry, Spring 2003, page 20). Studying the fascist regimes of Hitler (Germany), Mussolini (Italy), Franco (Spain), Suharto (Indonesia), and Pinochet (Chile), Dr. Britt found they all had 14 elements in common. He calls these the identifying characteristics of fascism. The excerpt is in accordance with the magazine’s policy.

Please click on: The 14 Characteristics of Fascism, and here for original.