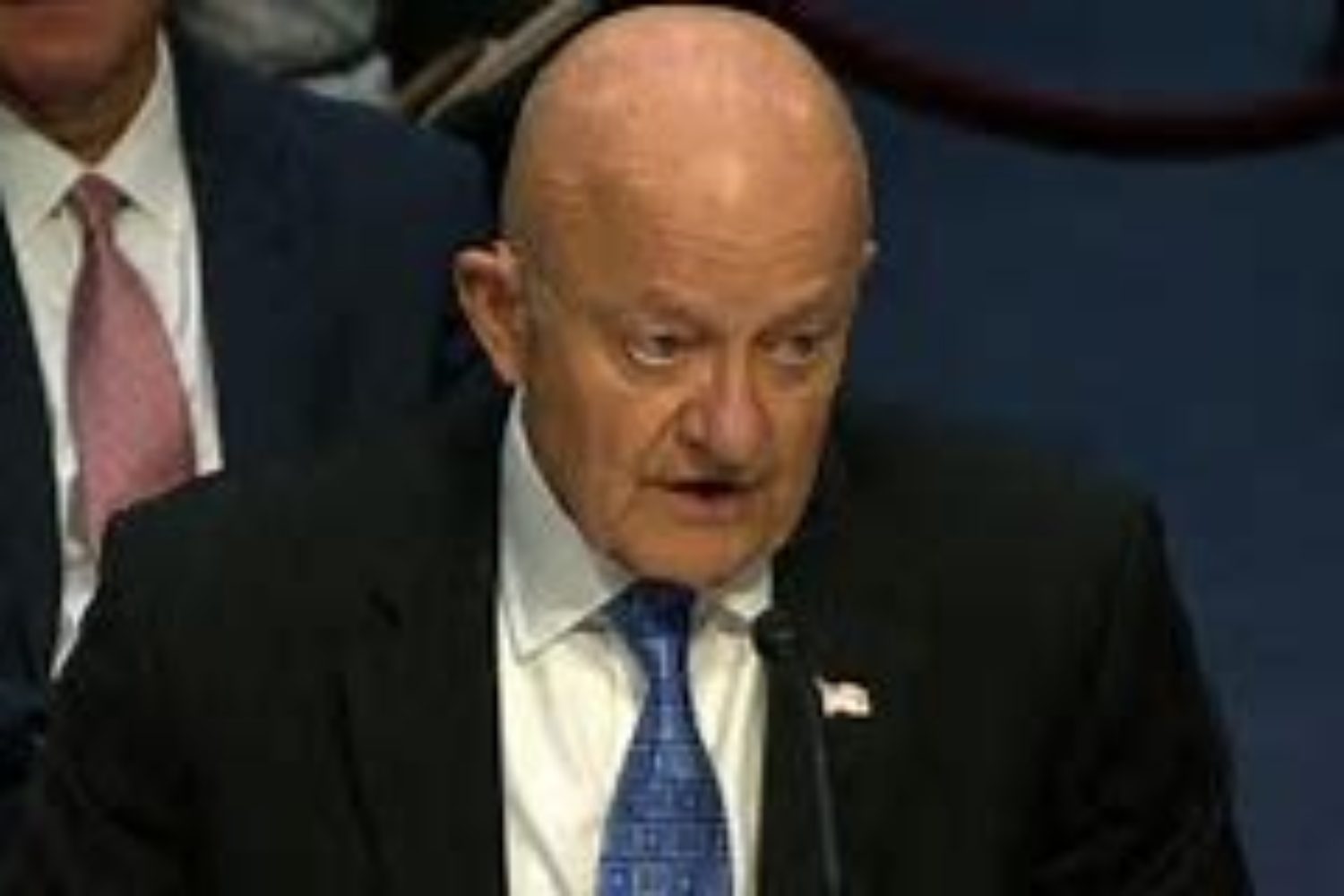 James Clapper questioned the US president’s ‘fitness to be in this office’ after his speech in Phoenix, joining a growing chorus of alarm over his erratic behavior

James Clapper, director of national intelligence (DNI) for seven years under Barack Obama, questioned the US president’s “fitness to be in this office” after his demagogic performance in Phoenix, and expressed anxiety about Trump’s power to launch nuclear weapons without consulting Congress or any other official.

Once a president has verified his identity with a code kept constantly on his person or nearby, the military chain of command has no power to block his launch orders.

James Clapper: democratic institutions are ‘under assault’ by Trump

“Having some understanding of the levers that a president can exercise, I worry about, frankly, the access to the nuclear codes,” Clapper told CNN, pointing to the current stand-off with North Korea.

If “in a fit of pique he decides to do something about Kim Jong-un, there’s actually very little to stop him. The whole system is built to ensure rapid response if necessary. So there’s very little in the way of controls over exercising a nuclear option, which is pretty damn scary.”

Bruce Blair, a former missile launch officer, warned last week about the president’s untrammeled power to start a nuclear war. He voiced concern over Trump’s threats against North Korea, vowing the country would never be allowed to field a missile capable of striking the US mainland and declaring that “fire and fury like the world has never seen” would befall Pyongyang if it continued to threaten the US.

“Nuking another country just because it seeks to acquire nuclear weapons enjoys virtually zero support from US nuclear troops,” Blair wrote in a Washington Post commentary. “Yet Trump indulges in issuing such threats, and he has unchecked authority to order a preventive nuclear strike against any nation he wants with a single verbal direction to the Pentagon war room.”

Blair is now a research scholar in Princeton University’s Program on Science and Global Security and a founder of Global Zero, a movement calling for the elimination of nuclear weapons.

“ Under the current nuclear strike protocol, [Trump] can consult any and all – or none – of his national security advisers, and no one can legally countermand his order,” he wrote.

“If he gave the green light using his nuclear codes, a launch order the length of a tweet would be transmitted and carried out within a few minutes. I could fire my missiles 60 seconds after receiving an order. There would be no recalling missiles fired from silos and submarines.”