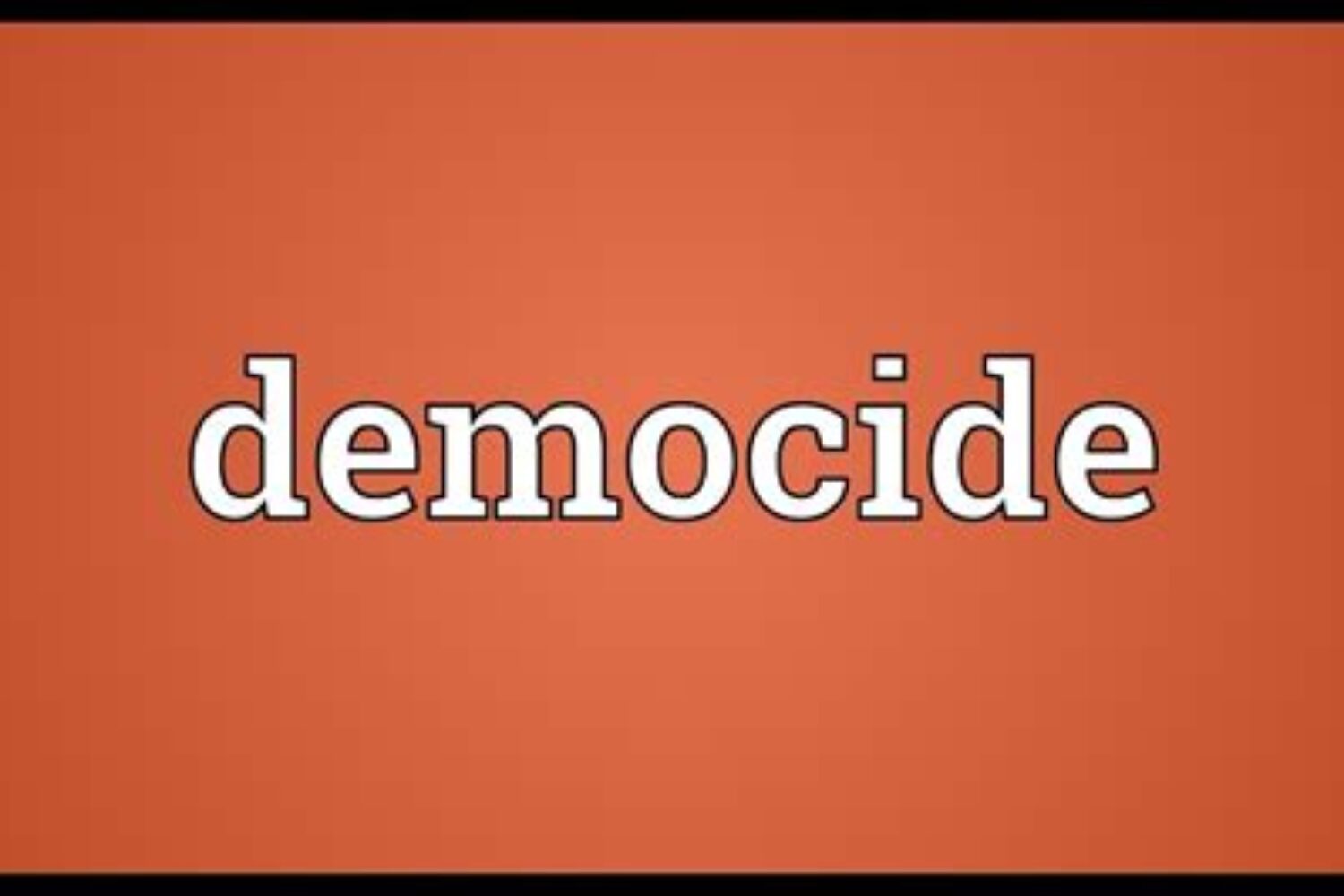 WN: Democide: “the murder of any person or people by a government, including genocide, politicide, and mass murder.”

The Most Dangerous Animal by David Livingstone Smith of course puts humans at the top of the list.

If there were a Last Judgment as Christians believe, how do you think our excuses would sound before that
final tribunal?– Bertrand Russell, UNPOPULAR ESSAYS

• Eight million residents of the Congo Free State killed by the Belgians between 1877 and 1908.
• Sixty-five thousand Namibian Herero killed by the Ger¬mans between 1904 and 1907.
• One and a half million Armenian Christians killed by Muslim Turks in 1915-16.
• Five million Ukranians killed in 1931-32 by the Soviet Union’s perpetration of famine.
• Over four million Soviet citizens killed by their own government in the Great Terror of 1937-1938.
• Over three hundred thousand Chinese residents of the city of Nanking killed by the Japanese in 1937.
• Eleven million Jews, Roma, Poles, homosexuals, and others killed by the Germans during the 1940s.
• Over two hundred fifty thousand Muslims, Serbian Orthodox Christians, Roma, and others killed in
death camps run by the Roman Catholic Ustashi regime in Croatia between 1941 and 1945.
• More than two hundred thousand Muslims killed by the French in the 1954-62 war for Algerian
independence.
• Around one million Indonesians killed by their own government in 1965-66.
• One million seven hundred thousand Cambodians killed by the Khmer Rouge during the 1970s.
• Roughly two and a half million people, mainly Hindus, killed by the Muslim Pakistani army in
East Bengal in 1971.
• Around one hundred fifty thousand Hutus killed by Tutsis in Burundi in 1972.
• Around two hundred thousand Maya killed by the government of Guatemala between 1970 and 1996.
• Two hundred thousand Muslims killed by Serbian Orthodox Christians in Bosnia-Herzegovina during
the 1990s.
• Close to one million Tutsi killed by the Hutu majority in Rwanda in 1994.
• Two hundred thousand Roman Catholics in East Timor killed by the Muslim Indonesian occupation
force between 1975 and 1999.
• An as yet undetermined number of Muslims killed by Serbian Orthodox Christians during the 1990s.
• Around two million black Sudanese killed in Darfur by the government of Sudan, which is ongoing
at the time of writing. .
• An undetermined number of Anuak killed by the government of Ethiopia, ongoing at the time of writing.
Other victims of twentieth-century genocides include the Bubii Equatorial Guinea, the Dinka, Nuba, and Nuer
of Sudan, the Isaak of Somalia, the Karimojong of Uganda, the San of Angola and Namibia, the Tuareg of
Mali and Niger, the Tyua of Zimbabwe, the Atta of Philippines, the Auyu of West Papua and Indonesia,
the Dani of Papua New Guinea, the Hmong of Laos, the Kurds of Iraq, the Nasioi of Papua New Guinea, the
Tamil of Sri Lanka, the tribal peoples of Bangladesh, the Ache of Paraguay, the Arara, Ticuna, Nambiquara,
and Yanomami of Brazil, the Cuiva, Nunak, and Paez of Colombia, the Mapuche of Chile, the Maya of
Guatemala, and the Miskito of Nicaragua. Today’s genocides and ethnocides often take place at the behest
of multinational corporations eager to acquire resources, typically by dispossession and environmental
degradation. These include oil interests in Ecuador, Burma, Nigeria, copper and cold mining in West Papua,
farming in Tanzania, logging in Malaysia, and uranium mining in Australia.