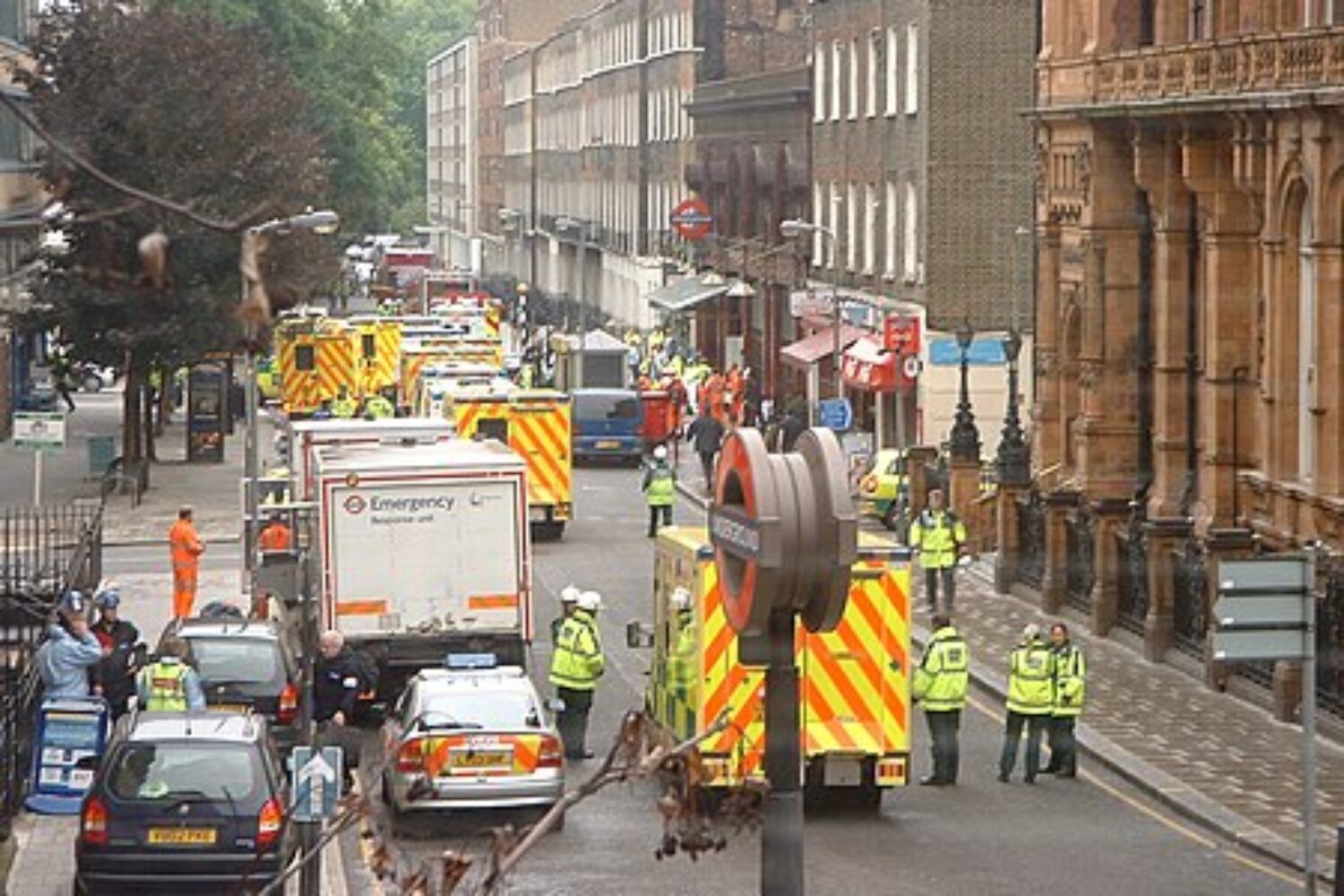 Prime Minister Tony Blair hypocritically called the London bombings “barbaric attacks.” On September 1, 1939, President Roosevelt similarly wrote to the major powers that aerial bombing of civilians had “profoundly shocked the conscience of humanity” and was “inhuman barbarism.” He later as disingenuously referred to the December 7, 1941 attack on Pearl Harbour as a “date, which will live in infamy.” President Bush joined the pharisaical chorus in designating the September 11, 2001 attackers “evildoers.”

James Berardinelli in a review of Errol Morris’ documentary The Fog of War wrote:

[Former Defense Secretary Robert S. McNamara] served in World War II under the unrelenting command of General Curtis LeMay, the commander of the 20th Air Force. In 1945, LeMay was in charge of a massive firebombing offensive in Japan that resulted in the deaths of nearly 1 million Japanese citizens, including 100,000 in Tokyo during a single night. LeMay’s B-29 bombers raked 67 Japanese cities, sometimes killing more than 50% of the population. McNamara points out that, had the United States lost the war, he and LeMay would have been tried as war criminals.

The stench of Western moral equivalency matches the stench of hundreds of thousands of innocent Western “civilization” sacrificial lambs: by any normal use of language, mass Western Allied holocaust.

General Curtis LeMay, who au contraire became the most decorated military officer in U.S. history, boasted of the Tokyo raid:

[W]e scorched and boiled and baked to death more people in Tokyo on that night of March 9-10 [1945] than went up in vapor at Hiroshima and Nagasaki combined.

The Chief of Staff for Presidents Roosevelt and Truman, William Leahy, memoired of the atomic bombs that killed at least 120,000 civilians instantly in Hiroshima and Nagasaki (LeMay’s bullish boasting was wrong):

It is my opinion that the use of this barbarous weapon at Hiroshima and Nagasaki was of no material assistance in our war against Japan… My own feeling was that in being the first to use it, we had adopted an ethical standard common to the barbarians of the Dark Ages. (italics in original) (1945: US responses to the atomic bombing of Hiroshima and Nagasaki)

Columnist Bob Herbert (New York Times, November 1, 2004) drew on for him reliable sources to inform us there were by then already 100,000 civilian deaths due to the American invasion of Iraq, the majority caused by coalition forces massacres. (Most sources allow for “only” about 30,000 slaughtered civilians.) President Bush declared of all this mass murder,

It is worth it,

echoing former Secretary of State Madeleine Albright’s judgment, whose family was decimated by the Nazi Holocaust, that one million civilian deaths from earlier sanctions against Iraq were

Historian Tami Biddle wrote that when aerial warfare was still only imagined in the 19th century, it meant

English-speaking peoples raining incendiary bombs over the enemy to impose the customs of civilization. (Biddle, Tami (2002).  Rhetoric and Reality in Air Warfare: the Evolution of British and American Ideas about Strategic Bombing, 1914-1945, Princeton: Princeton University Press.)

Rudyard Kipling equally applauded the ruthless conquering of the Philippines after the Spanish-American War, and other mass terrorist acts of British and American Empire, by writing in “The White Man’s Burden”:

Take up the White Man’s burden–/The savage wars of peace –.

Michael Scheuer, the initially anonymous CIA author of Imperial Hubris: Why the West Is Losing the War on Terror, in an interview said of mass slaughter of civilians:

That’s the way war is. I’ve never really understood the idea that any American government, any American elected official is responsible for protecting civilians who are not Americans (italics added).

Chris Hedges wrote in War Is a Force That Gives Us Meaning:

But war is a god, as the ancient Greeks and Romans knew, and its worship demands human sacrifice. We urge young men to war, making the slaughter they are asked to carry out a rite of passage. And this rite has changed little over the centuries, centuries in which there has almost continuously been a war raging somewhere on the planet.

If we humans become too morally troubled by the brutality to revel in the glories of the civilization made possible by it, we will simply have to reinvent culture. This is what Nietzsche saw through a glass darkly… This is the central anthropological issue of our age.”(Violence Unveiled: Humanity at the Crossroads, p. 79)

When will they ever learn? (Where Have All the Flowers Gone?)

Shakespeare expressed in Hamlet: “The lady doth protest too much, methinks.” He might have been describing a gaggle of 20th- and 21st-century Western leaders – and aping journalists who “protest” the morality of Western “civilization,” in particular British and American Empires in upholding same as in the current “civilized” War on Terror.

In the West, no less than elsewhere, the “clash of civilizations” (Samuel Huntington) is in truth the “clash of barbarisms” (Gilbert Achcar). The ancient Babylonian creation myth established the culturally ubiquitous maxim: Might is right. Theologian Walter Wink declares this to be worldwide humanity’s ultimate religious commitment. Jared Diamond in The Third Chimpanzee: The Evolution and Future of the Human Animal wrote that the only consistent signature of the human species is genocide, all protestations of noble “civilization” notwithstanding.

Anthropologist René Girard says all cultures known to humanity are built upon a founding murder, and are perpetuated by a mythology of recurring scapegoating violence that camouflages violence to benefit its perpetrators.

Mahatma Gandhi once was asked,

What do you think of Western civilization?

I think it would be a good idea.

When, contrary to Peter MacKay and endless numbers of his ilk, will a Western political leader for once speak the non-violent language of civilization/truth?