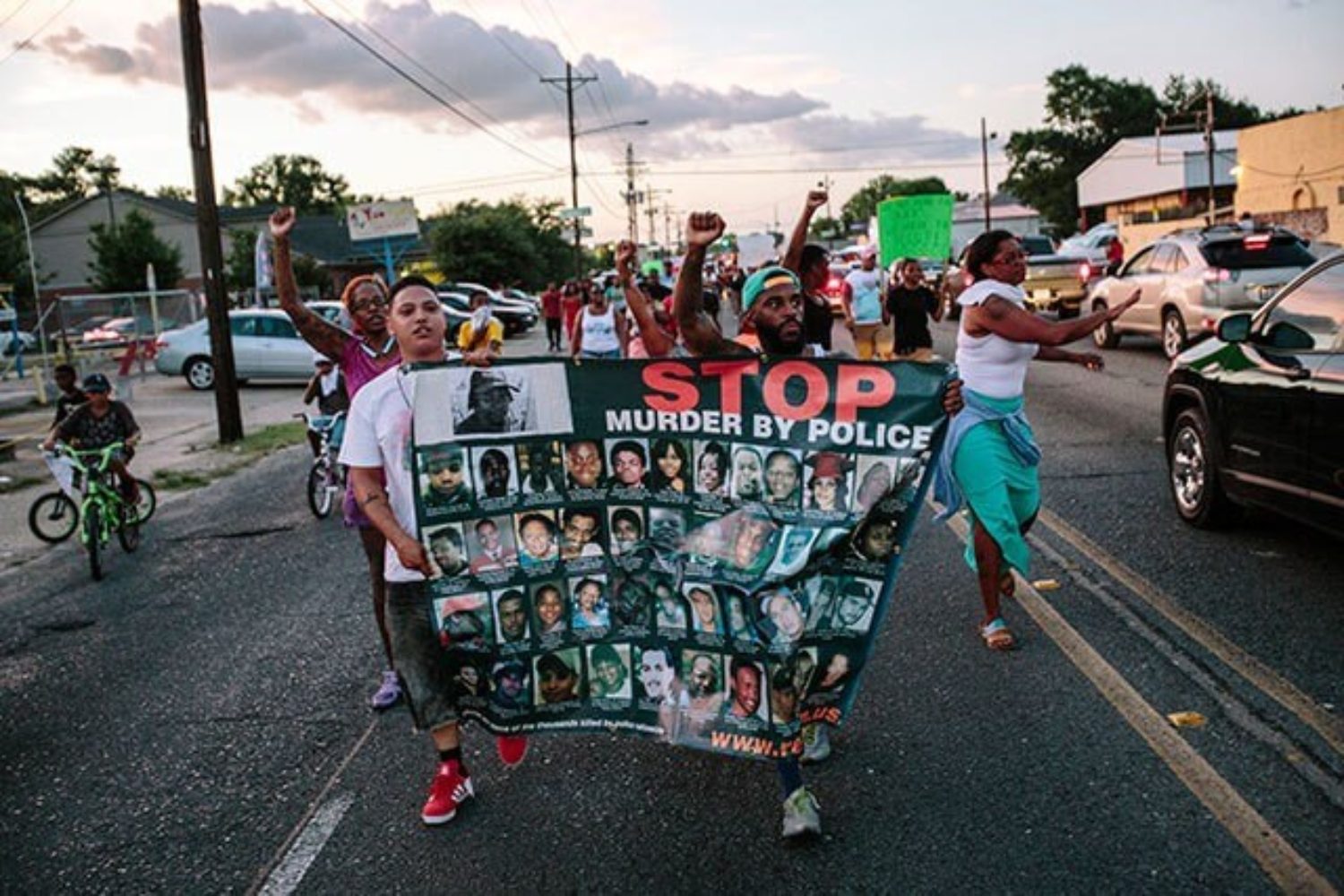 There are moments when atrocities are so horrendous that they paralyze. I am feeling that sense of immobility now.

I already knew that on average, a Black person is extrajudicially murdered by the police or a vigilante every 28 hours in the United States, thanks to a study by the Malcolm X Grassroots Movement. I had yet, however, to witness this fact in real time, until yesterday.

Yesterday, the world watched the horrendous police murder of Philando Castile take place mere hours after the videotaped murder of Alton Sterling in Baton Rouge, Louisiana, became public. For the first time, a police murder was livestreamed on Facebook. That reality is simultaneously astonishing and sickening.

President Obama responded to both killings with a statement that included mention of his task force on policing. He said:

… two years ago, I set up a Task Force on 21st Century Policing that convened police officers, community leaders and activists. Together, they came up with detailed recommendations on how to improve community policing. So even as officials continue to look into this week’s tragic shootings, we also need communities to address the underlying fissures that lead to these incidents, and to implement those ideas that can make a difference.”

This statement exemplifies how incapable the government is of ending police killings. It problematically tasks communities with finding the solutions to a state-created problem, while tacitly implying that the issue of racist police violence is rooted within our communities themselves. The culminating assertion is that it is the community’s responsibility to implement answers to these “underlying fissures” in order to “make a difference.” While this is true, it is true for reasons not intended by the president. It is always our duty to free ourselves. Our freedom will not be willingly granted by the state. Freedom is always forced. It is always asserted and taken. However, the president’s statement tacitly implies that communities experience this level of police violence due to conditions for which they are at fault, thus criminalizing and blaming victimized communities.