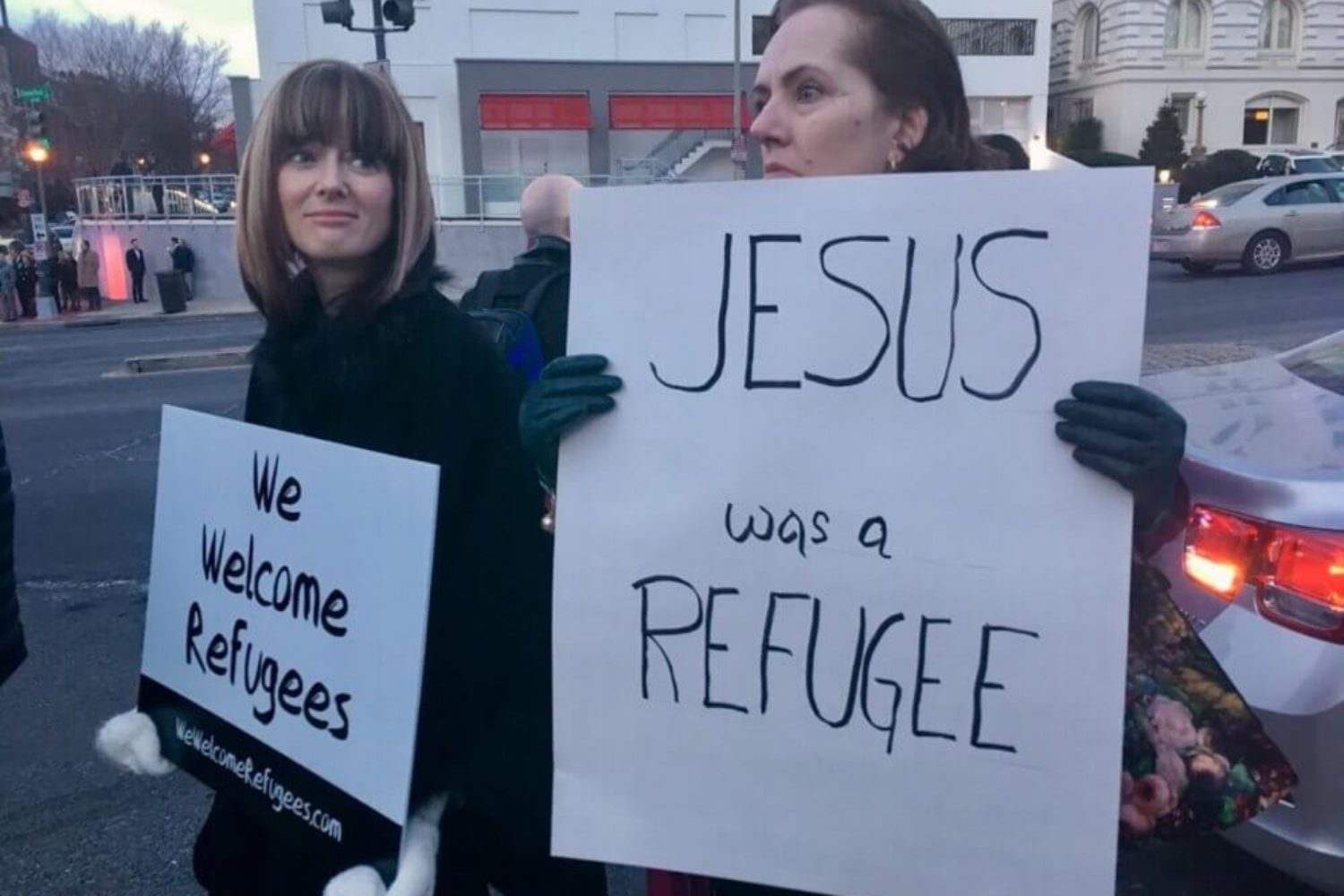 “This is not the usual list of left-leaning, social justice-oriented, religious leaders,” he said in an email. “This is a surprising list of prominent evangelicals who care enough about this issue to use their leadership platform to speak out, even when many evangelicals have deep fears and concerns about refugees entering this country.

Of religious groups polled by the Pew Research Center in October, evangelicals were the most likely to say the United States is not responsible for accepting Syrian refugees.

“We live in a dangerous world and affirm the crucial role of government in protecting us from harm and in setting the terms on refugee admissions,” the ad states. “However, compassion and security can coexist, as they have for decades. For the persecuted and suffering, every day matters; every delay is a crushing blow to hope.”

The question of whether to welcome refugees to the United States has only recently become politically controversial among evangelicals. When Matthew Soerens of the evangelical ministry World Relief co-wrote the book “Welcoming the Stranger” in 2009, Soerens said it barely touched on refugees because the idea was not seen as controversial.

Soerens said he has worked with more than 1,000 churches in the past two years and has not had one church back out of its ministry to refugees. He noted a surge in interest from some evangelicals in helping refugees, though he also says that in areas where refugees are not resettled people have “less personal experience with refugees to rebut the misconceptions they are hearing from some politicians.”

Lynne Hybels said in a statement that she has met refugees in Jordan, Lebanon, Iraq, Congo and in Illinois and Michigan.

“For some people, embracing refugees is a political issue,” she said in a statement. “For me, as a Christian, speaking up for and caring for refugees is more an act of worship and obedience to a God whose Kingdom is global and whose ‘mercies are new every morning.’”

Finally, please consider signing this petition regarding an upcoming visit to Vancouver by Franklin Graham: