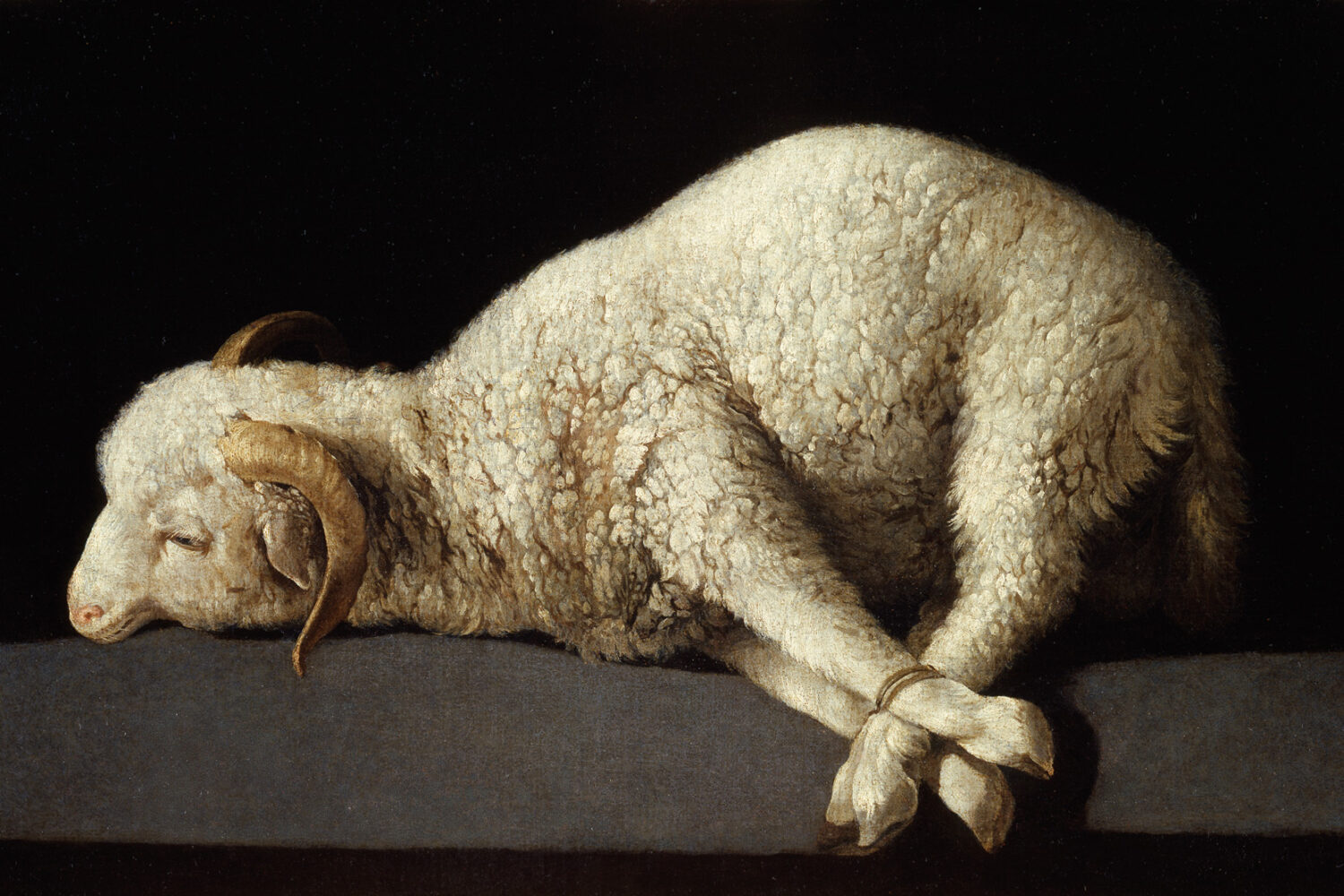 49But one of them, named Caiaphas, who was high priest that year, said to them, “You know nothing at all! 50You do not realize that it is better for you that one man die for the people than that the whole nation perish.”

51Caiaphas did not say this on his own. Instead, as high priest that year, he was prophesying that Jesus would die for the nation,52and not only for the nation, but also for the scattered children of God, to gather them together into one.

WN: The above is the classic scapegoating text in the New Testament. You will learn much about scapegoating by reading on.

It was my longstanding friend and colleague Hugh Kirkegaard (currently (2021) and for some years Director of Chaplaincy, Correctional Services Canada, Atlantic Region) who inspired and co-authored this paper; and had worked closely in Toronto with B. O. He arranged for CSC funding for us to attend the COV&R (Colloquium on Violence and Religion) Conference at Emory University, Atlanta in 1999, where we presented on what was turned into the paper highlighted below.

You know nothing at all! You do not realize that it is better for you that one man die for the people than that the whole nation perish.—Caiaphas

It has been translated, published in anthologies, and referenced numerous times since, thanks to the power of René Girard’s insights on scapegoating. The original paper is still on the Emory University COV&R ’99 website here.

My wife Esther and I felt greatly privileged this past weekend to have gone on an unusual trek: an overnight excursion as guests of B. O. and his wife. The reason: a celebration with them and others of a milestone birthday. It was delightful!

About 15 of us gathered in the clubhouse of the complex where they lived, and partook of a meal of delicious barbecued hamburgers, replete with condiments, salads, chili, and topped off by delicious birthday cake–and Happy Birthday! congratulations.

Only two others there knew his past: the part-time chaplain at his time of release and his wife.

After the other guests had departed, we told each other our stories of the circumstances of that experience with B. O., when he was released from prison for the last time.

Let out in June 1999, he travelled to the small town of Clinton British Columbia (not without drama here, but we continue), Canada. Initially “under the radar,” upon discovery that he was living there, a Town Meeting was organized by a Citizen’s Action Committee, and was attended by, it seemed, every adult in the community.

I also attended; and listened, not a little gobsmacked, to the thunderous applause given one local shopkeeper who yelled out, “The only cure for a pedophile [which B. O. incidentally was not], is a bullet to the head!” Yet another stood up and said: “I just want that pedophile to know that behind every door in Clinton is a loaded shotgun aimed at him!” Thunderous applause yet again. It was further very chilling that about 200 at the meeting subsequently marched down the street to O.’s residence and began chanting: “Die a slow death, O.!  Die a slow death O.!” A rock was thrown through a closed window of an apartment (wrong one as it turned out). No one was charged.

One must step back and of course ask: Were the fine people of Clinton somehow socialized any differently from elsewhere in Canada—or any other “civilized” country for that matter?  I don’t think so. They were simply displaying what lies beneath the surface, within us all, especially collectively, when we do not consciously commit to peacemaking, restorative ways of response to crime. Søren Kierkegaard wrote:

The crowd is untruth.

Restorative Justice asks: What is the difference between youth mob violence that led to Reena Verk’s tragic murder by fellow schoolmates in Victoria in 1997, and societal mob violence in Clinton in 1999 that wishes the same thing on pedophiles?

When serial killer Ted Bundy was executed in 1989 in Florida amidst the fanfare of a Mardi Gras-like celebration outside the prison gates1, with thunderous applause erupting when he was electrocuted, a journalist wrote about the state killing as “a brutal act done in the name of civilization.”2  What?!

For this very kind of scapegoating, Gandhi responded to the question, “What do you think of Western civilization?” with: “I think it would be a good idea!”  Restorative Justice is that “good idea” in response to crime.  It counters all “brutal acts done in the name of civilization.”  On the contrary, peacemaking is its essence.

Bluntly stated: lurking just below the surface of our so-called “civilized” Western society is a profoundly violent yen and practice of/to scapegoat(ing).3

The morning after the drama of that Town Meeting, B. O. headed out to our home at that time in Langley BC. He was almost immediately pulled over by the local Clinton RCMP Officer who had been on the stage during the Town Meeting; who had accompanied the mob as they sang out their death chants. He had not once intervened to say: “You are uttering death threats–this meeting is ended.”; “You are uttering death threats–this mob needs to go home!” That cowardly RCMP Officer detained B. O. for about three hours, using a false claim initially that B. O. had been seen in a local park . . .

We had arranged with a “Circle of Support and Accountability (CoSA)”4—the first of its kind in BC—to get B. O. to them safely. While there was even here a bit of false-alarm drama, the deed was done without major incident. Everyone, in particular B. O., breathed a huge sigh of relief. The scapegoating mob, the RCMP Officer, and others who over the years had meant extreme ill-will towards him, were all foiled. He had escaped their scapegoating clutches—for good!

And B. O. has never looked back. Several decades in, his life is full; he’s a deeply caring man; he’s healed greatly and continues healing . . . As our two mantras go:

He is not disposable!

He has created no more victims.

I once heard a Filipino Catholic priest shout out at a Restorative Justice Conference:

I just want to remind everyone here that every saint has a past, and every sinner has a future!

Mark Twain once was asked if he believed in infant baptism. His response?:

Often people have asked me if I really think “criminals” can change. My response?

Once when B. O. was staying with us, we were sitting in the living room, quietly chatting about some of the traumas he had endured over a lifetime; some of the harm he had caused too. Esther was sitting above the room on the stairwell, listening. She afterwards commented on the numerous times she had observed B. O.’s eyes well up with tears . . .

Hell yes! Esther has seen it!

This past weekend, it was now our turn to be hosted overnight at B.O.’s. Our hearts fairly burst with joyful gratitude. He had come a long way, and knew it! As did we.

So thank you B. O. for showing the way and being a model for others. Thank you, Mark Twain, for giving me those wonderful words:

Amen. And again I say, Amen!

This attempted expulsion, which led ultimately to B. O. requesting to be returned to the prison he was released from, to serve the remainder of his sentence, is reminiscent of other expulsions and other victims. The broken taboos that sexual offending, particularly those offences against children, represent, create a kind of “holy fear”. But this alone does not explain the visceral and violent response which demonizes individuals like B. O., rendering them less than human and the most heinous of offenders. There are other impulses that prompt such responses, that legitimize the violence that is an all too common response to them. Viewed through the lens of mimetic theory these realities beg the question, ‘Is it possible that sex offenders have become scapegoats among us?’