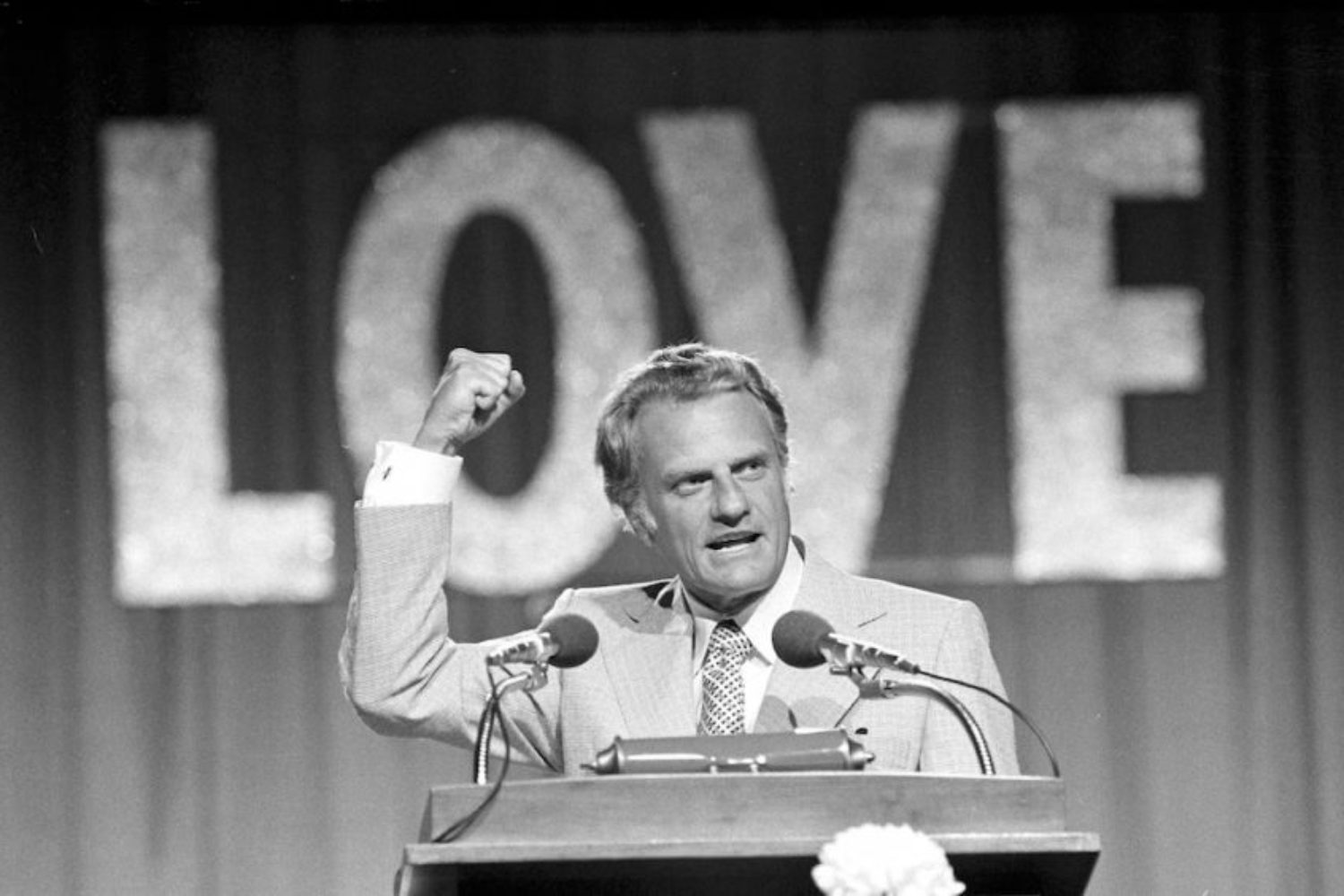 By: William Hughes
originally published in The People’s Voice

WN: Neither are most of us…

Rev. Graham has been doing his preaching gig for over 60 years. He has reportedly spoken to “more than 210 million people in 185 countries and territories.” (1) My question is this: To what end? Rev. Graham has made no impression on me at all. None. While the late Phil Berrigan, an ex-Josephite priest, who lived for many years in Baltimore, and died there, on Dec. 6, 2002, has. (3) Why was I influenced so profoundly by Berrigan? Because he, unlike the timid Rev. Graham, dared to speak the truth to power! He took on the nation’s War Party, whether it was headed by Richard Nixon, LBJ, that union-bashing Ronald Reagan, Bill Clinton, or Bush 1 or Bush 2. Berrigan courageously acted out his Biblical duties. He spent 11 of his 79 years in prison protesting the excesses of America’s militarism, nuclear weapons’ proliferation, and its War and Death Machine. What was Rev. Graham doing all of that time? Well, he was busy, “praying” with presidents, and traveling around the globe “talking” about the Gospel!

Please click on: The Rev Billy Graham is No Phil Berrigan!