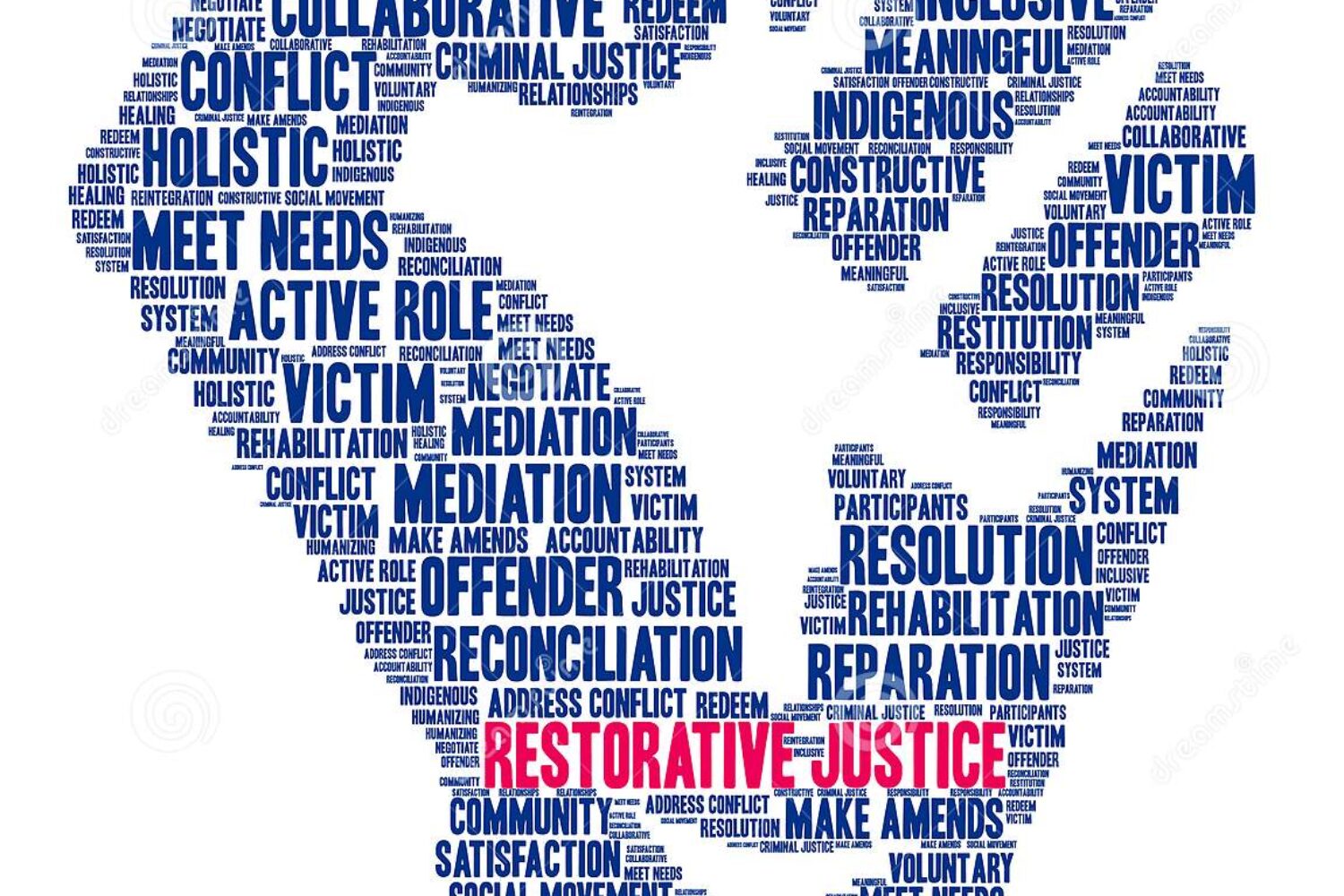 M2/W2 (Man-To-Man/Woman-To-Woman) is the Restorative Justice agency with which I was associated for forty years.

A few years ago, at a VOMA (Victim Offender Mediation Association) conference in Des
Moines, Iowa, I saw a plaintive note on a bulletin board: DOES ANYONE KNOW OF ANY RESTORATIVE JUSTICE VIDEO RESOURCES THAT ARE NOT RELIGIOUS?!

Restorative Justice in North America, birthplace of its contemporary worldwide expression from within criminal justice systems, grew out of a religious community, specifically in the mid-seventies in the Mennonite community of Kitchener, Canada, as an explicit religious response to a social problem1 [See the story in “Introduction”, Mediation and Criminal Justice: Victims, Offenders, and Community, edited by Martin Wright and Burt Gallaway ([Newbury Park, CA: Sage Publications.] 1989).] No culture exists without religious foundation, claims anthropologist René Girard. If, as Girard continues to explain in an expansive theory of the geneaology of violence2 [Charles Bellinger ([The Genealogy of Violence: Reflections on Creation, Freedom, and Evil, New York: Oxford University Press.] 2000) argues that René Girard and Søren Kierkegaard are the West’s most profound theorists on the cultural origins of violence. For an introduction to Girard, see Williams ([The Girard Reader, New York: Crossroad Herder.] 1996).], a “scapegoat mechanism” is generated by religion to address the problem of violence, by which sacrificial victims are immolated to restore peace and social cohesion, then religion just may be the source of the corrective to universal scapegoating violence as well3 [This is in fact the “third great moment of discovery” for Girard, according to him. “The third great moment of discovery for me was when I began to see the uniqueness of the Bible, especially the Christian text, from the standpoint of the scapegoat theory. The mimetic representation of scapegoating in the Passion was the solution to the relationship of the Gospels and archaic cultures. In the Gospels we have the revelation of the mechanism that dominates culture unconsciously (Williams, 1996, p. 263).” Girard has since published a full discussion of his reading of the New Testament anthropologically with reference to violent origins in I See Satan Fall Like Lightning ([Mahwah, N.J.: Paulist Press.] 2001).].