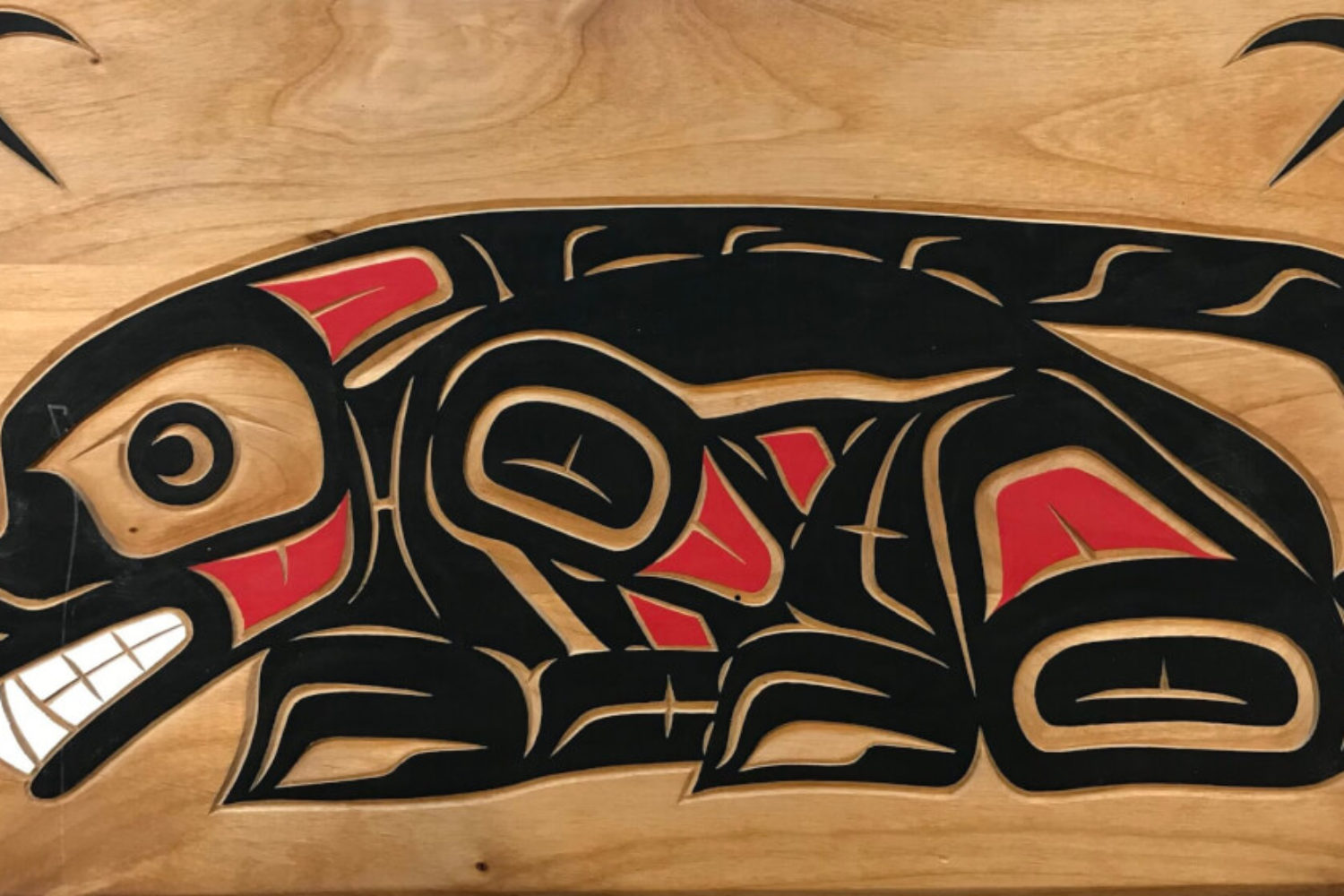 The Circles of Support and Accountability model has spread worldwide

WN: Last week in Canmore Alberta, CoSA Canada held a celebration of 25 years of work with sex offenders returning to the community, and deemed high risk to reoffend. We had a small reception Wednesday October 16 in the evening, during two days of our annual national gathering. There was a presentation of a westcoast carving of a wolf, by an aboriginal prisoner. Harry Nigh (to the left) the recipient is subject of the story below. To the right is Hugh Kirkegaard, our Board Chair, and worked with Harry in organizing the second Circle in Toronto with Wray Boudreo. Behind Hugh is a PowerPoint photo of Charlie Taylor, the first Core Member.

It was a joyous moment. Harry reminisced, and as in the article highlighted below, captured the unique privilege of doing this work.

As indicated that evening: The Native Wolf Symbol represents loyalty, strong family ties, good communication, education, understanding and intelligence. Of all land animals, the Wolf has the strongest supernatural powers and is the most accomplished hunter. The Wolf is a very social and communicative creature, he uses body movement, touch and sound. The Wolf Symbol has an important cultural significance to First Nations in North America.

Twenty-five years ago, Harry Nigh led a com­mun­ity effort in Hamilton to provide nearly constant companionship and support to a high-risk sex-­offender named Charlie as he was released from prison. With this help, Charlie never reoffended. Today, the model established by this initial experiment (called Circle of Support and Accountability, or COSA) has been replicated worldwide as a way to support the reintegration of high-risk offenders. Nigh spoke with Julie McGonegal.

Julie McGonegal: Tell me about Charlie. Who was he?

Harry Nigh: Charlie was kind of this “throwaway” kid. He had been institutionalized much of his life. He grew up at the Huronia Regional Centre [an institution for the intellectually disabled] and had been terribly abused as a child. And he became a sexual offender of children himself. I got to know him during my time as a program co-ordinator for a non-profit. I eventually left that career and became a Mennon­ite minister in Hamilton.

Then I got a phone call from the psychologist at the penitentiary. Charlie was going to be sent back into the community — without any supervision. Basically, he had nowhere to go.

I knew that if someone didn’t step up, he was going to spend the rest of his life in prison. I didn’t know how to say no, but I knew I couldn’t do it alone. So I asked my congregation about it: what if we were to create a circle for Charlie and call it “Charlie’s angels”?

And so began this journey.

JM: Our empathy doesn’t usually extend to pedophiles. In fact, we fear and revile them.

HN: And that’s a holy fear. As parents, our job is to protect our kids. But what do we do as a church? Do we invite them to be part of our community? Eventually that’s what we did. We met as a congregation. It was a touchy situation: how do we still keep our community safe?

We had a woman in the congregation who had issues of addiction and mental illness in her family. She had an awakening. And one day, she stood up and said, “If Jesus hadn’t welcomed me, where would I be?” I think that swayed the group.

JM: And what happened?

HN: Three months after Charlie came out of prison, another guy, Wray Budreo, came out in Toronto. And a group at Toronto’s Church of the Holy Trinity, in conjunction with some Mennonite volunteers, formed a second circle around him. His case was slightly different, but he was also a sexual offender with repeated incarceration.

Over time, these guys basic­ally kept their noses clean through a very spontaneous and simple model of involvement. It was a very different response from the polarizing one of “get them out of here.”

So, we took our model to Correctional Service Canada, and they funded a pilot project through the Mennonite Central Committee to establish a certain number of circles for high-risk offenders who fit the criteria.

JM: Could this model be applied to all offenders?

HN: Absolutely, it’s for all offenders. It’s the greatest plague for people who have been in the system to have lost community support. The isolation, the shame of having been inside, the feeling of having “prisoner” tattooed on their forehead.

JM: How can faith communities better support people coming out of the prison system?

HN: There are a number of different ministries and agencies that allow people to get involved. There’s the simple concept of sitting down together regu­larly and listening to one another’s stories — that is key.

So often, we don’t have opportunities to simply listen. We need to listen to one another and walk alongside without necessarily asking people to change. It doesn’t mean you validate misconduct or criminal behaviour. But you ask, “Who are you?” Or maybe, “What does that tattoo mean?” It’s about creating circles of trust — no preaching, no studying each other’s flaws — so that together we turn to the grace of God.

So I say to people in the faith community, get your hands dirty. The liberation theologian Gustavo Gutiérrez asks: how do you work against poverty if you don’t know the name of one poor person? Justice needs to have a personal, relational dimension, otherwise we’re talking theory. If you walk alongside someone, and they begin to trust you with their story and open up their heart, you become a friend. Then justice takes on a whole new perspective.