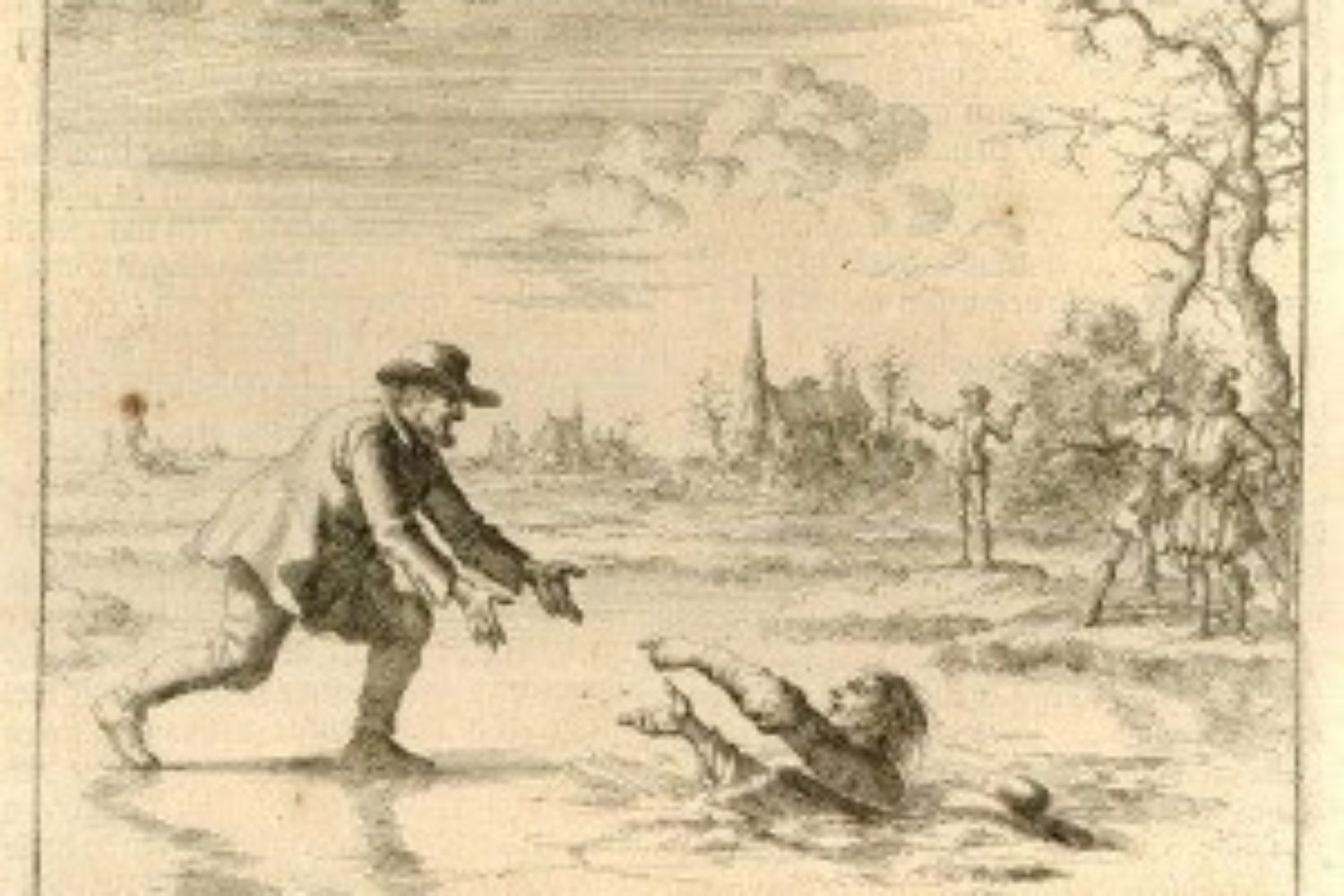 WN: Reconciliation is a key term in the New Testament. The article excerpted below was written in 1989 at the invitation of The Mennonite Encyclopedia (Volume V) editors. That publication was subsequently digitized and is known online as (acronym) GAMEO.

Interestingly (at least to me), one of the co-editors of that project, Dennis D. Martin (since deceased), married a “Team Member” from my stint doing evangelism in West Berlin, 1972 – 1974. That experience was life-changing for me–at least over time. Elsewhere on this website, you may click on information about the novel, Chrysalis Crucible, that is a fictional telescoping of my journey away from “evangelism without the Gospel” towards (I think) a much more wholesome and authentic faith.

In 1989 I was just beginning an almost 10-year stint with Mennonite Central Committee Canada (MCCC) as Director of Victim Offender Ministries (VOM). It was a great experience! Years earlier while a student at Regent College (University of British Columbia Vancouver) I had discovered the centrality of peace in the New Testament through Mennonite theologian John Howard Yoder’s book: The Politics of Jesus.

Just after that time (1999), Chaplain Hugh Kirkegaard and I presented a paper at a COV&R Conference held at Emory University in Atlanta Georgia, on the application of scapegoating theory to sex offenders, an area of work in criminal justice I’ve been involved with for decades, and serve currently on the CoSA Canada Board. The title of our workshop/paper was: “The Sex Offender as Scapegoat”. You may find the paper with explanatory notes on my website here. You may also find it cited/reproduced/translated on multiple websites here (and following). There are also articles about sex offenders on my website here.

Would that Yoder had himself followed the way of Jesus in relation to numerous women he sexually assaulted! A great reflection on this is here by scholar Andy Alexis-Baker who was sexually abused in another context, and who also co-edited four of Yoder’s books. One take-away from this tragedy is the seeming total disconnect one can have between one’s (theological) ideals and one’s actions. It is the human condition, but reprehensible when such disconnect is lived out (no doubt indicting us all at some time) over the long term. Yoder did immense damage to innumerable women. I do not recommend Yoder’s book because of that total disconnect. But as you will discover if you read the reflection, Isaac Villegas discerns in Yoder’s theological writings a pervasively sinister reality, where he

developed and refined a process for church discipline as moral discernment that facilitated his sexualized violence, allowing thereby his ecclesiology to become an accomplice to his abuse. Yoder’s latent deployment of patriarchal power will be made explicit throughout my argument.

I do nonetheless enthusiastically recommend another Mennonite theologian’s magisterial study on peace in the New Testament: Covenant of Peace: The Missing Peace in New Testament Theology and Ethics, Willard M. Swartley, Grand Rapids: Eerdmans, 2006. My book review is here. A great review by New Testament scholar Richard Hays may be found here (though The Christian Century charges one to read it) or here, where I had downloaded it before that journal began charging. One learns from Swartley’s work that peace is the central organizing theme of the New Testament. That study will I’m sure stand the test of time!

I was not raised Mennonite, currently attend a Mennonite church (though my wife and I are by choice not members), and pay homage to that tradition’s putting me through two conversions over against my fundamentalist Christian upbringing:

I am also no longer in the Anabaptist/Mennonite theological fold as it were. Not because of a rejection of peace theology – on the contrary! But due to a revision of my understanding of 16th-century European history, especially the towering role of the central peace theologian/humanist/political philosopher of that time, Desiderius Erasmus, and related to him, the English Reformers. My friend Ron Dart published a book (Erasmus: Wild Bird) in December 2017 on this, to which I contributed a Foreword. My Foreword briefly alludes to some of my journey. Ron Dart’s book is a great primer on Erasmus in relation to many other persons and entities in his time and since.

Now for an excerpt from my paper (on GAMEO website):

Reconciliation is a classic New Testament concept. Though Jesus only used the term once, and Paul used it rarely, it is qualitatively the heart of the message and theology of the New Testament. It is not without antecedents in the Old Testament and Judaism, but in its full development is distinctively Christian.

Its central meaning is the overcoming of an enmity. This enmity is towards humanity from God’s side (i.e., his wrath), and towards God on the part of humanity (sin, rebellion, indifference, disobedience, etc.). Both parties therefore need reconciliation, but in the God-human relationship, God is the initiator.

Paul is the only New Testament writer to use the actual terminology of reconciliation, specifically in Romans 5:10-12; Romans 11:15; 1 Corinthians 7:11; 2 Corinthians 5:18-20; Ephesians 2:16; and Colossians 1:20-23. Related concepts are forgiveness, justification, fellowship, sanctification, atonement, peace, freedom, “sonship” (i.e., filial relationship). These terms are employed by a variety of authors.

Reconciliation with God (theological) through Christ becomes in Jesus and Paul the essential paradigm for all other relationships: to oneself (psychological); to one’s neighbor (sociological); to the entire creation (ecological, cosmological). Reconciliation is the operative antidote to all consequences of the Fall, which may be described always as breakdown of relationship — or enmity and conflict.

“As the concept of shalom-peace is a harmonic of tesdeka-justice, peace is a harmonic of reconciliation” (Allard, 110). Christ’s sacrifice on the cross epitomizes the understanding that God’s justice vis à vis human conflict has reconciliation as its goal. Punishment and retribution as ends in themselves in response to human conflict (for example, crime) have no legitimate place in Christian vocabulary, action, or call to the state. Alternatively: “law is in the service of reconciliation and peace,” a statement that is the conclusion and title of a major exegetical study of the New Testament on law (Meurer, Das Recht im Dienst der Versöhnung und des Friedens). “Remove the concept of peacemaking from proclaiming the Gospel and the very meaning of Gospel changes…. Reconciliation among humans is the identifying mark of God’s new creation!” (Kraybill, 8, 12). That God’s forgiveness is God’s law is the breathtaking teaching of the New Testament. As in the Old Testament, law is quintessentially mercy. Old and New Testament texts point to this conclusion (see Lind, Transformation of justice: from Moses to Jesus; Meurer).

Vengeance too is definitively at God’s initiative (Romans 12:19) — and is never the Christian’s prerogative personally. Neither is the Christian to call for or desire vengeance by the state. But even from God’s perspective, if he “. . . has willed the dire consequences that ensue on sin, it does not necessarily follow that he has willed them retributively, punitively. It may be that he has willed them as the only way of doing justice to the freedom and responsibility of the human personality, as he has created it” (Moule, 23). Vengeance is self-consciously omitted from Jesus’ agenda — even when he quotes Scripture with such themes in it (Jeremias).