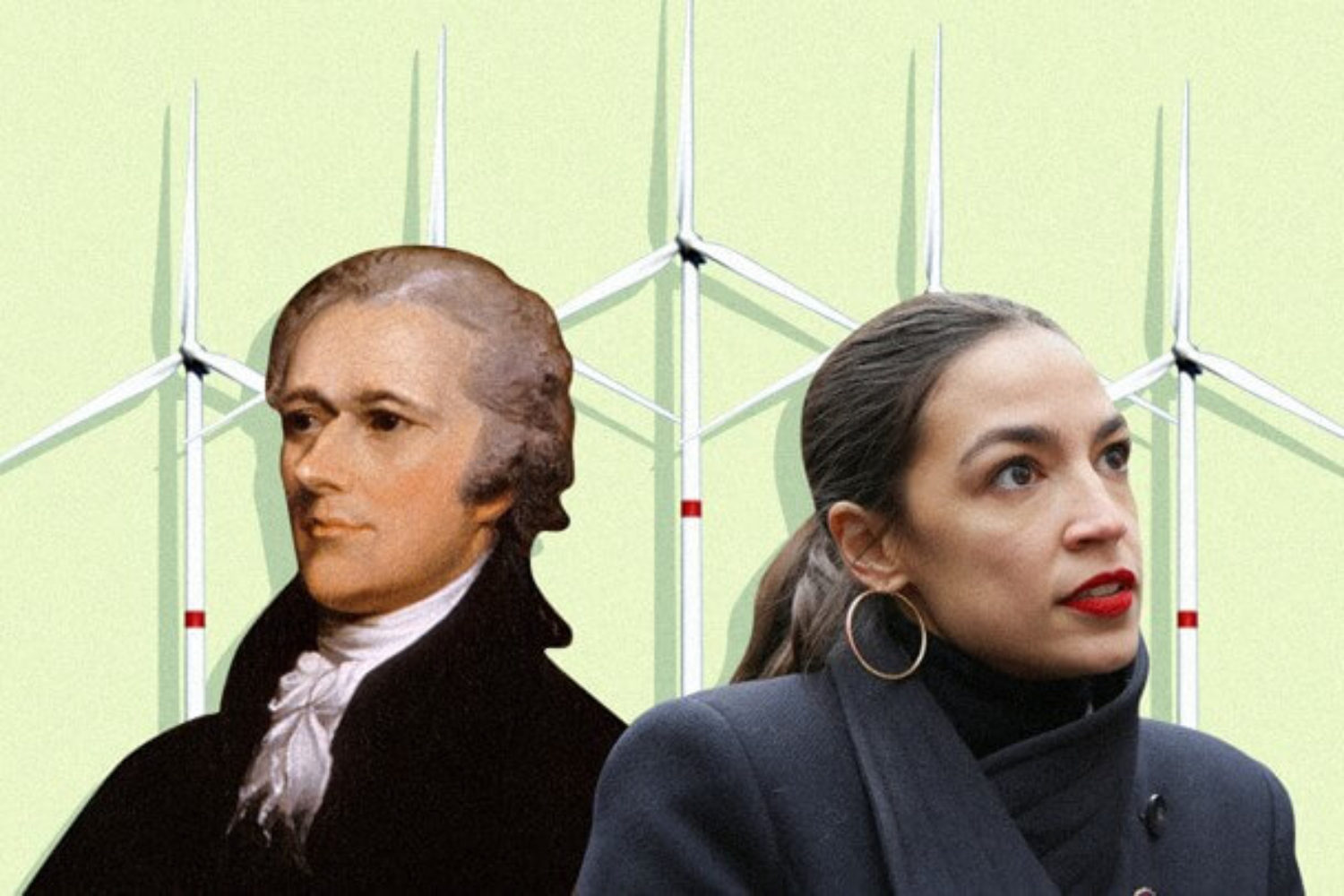 WN: The Deal continues to sound hopeful! However, as we learn here, slavery made the U.S. obscenely wealthy, not industrialization initially…

Even its supporters seem to concede that the Green New Deal is a binder of climate policies duct-taped to an Easter basket of socialist goodies: Its individual parts may be great, but you have to admit that it looks like it might teeter over. Its critics, meanwhile, ominously suggest that it prizes ideology above science—something I have also warned of.

But both views are, on the whole, incorrect. Ocasio-Cortez’s proposal is not only a set of progressive nice-to-haves, nor is it a full-on assault on capitalism. The Green New Deal has a coherent economic philosophy and a compelling theory of change—and pundits don’t have to like them to bother understanding them.

Read: The millennial era of climate politics has arrived

Above all, the Green New Deal is a leftist resurrection of federal industrial policy. It is not an attempt to control the private sector, according to its authors; it is a bid to collaborate with it. And it draws on a set of ideas with a rich American history, extending long before the great World War II mobilization to which the Green New Deal is regularly compared.

“This goes back to Hamilton, the daddy of it all,” says Stephen Cohen, a professor of city and regional planning at UC Berkeley. He argues that industrial policy has birthed the transcontinental railroad, the cookie-cutter suburb, the home appliance, and the computer—nearly every major American economic transition since 1776.

Ocasio-Cortez’s love of industrial policy did not come from nowhere. In the past few years, a group of scholars has revived an old school of economic thought that says a strong manufacturing policy is an absolute necessity for large, developed nations. They argue that the United States has neglected its domestic manufacturing sector since the 1980s, a move that risks national failure.

“This is an investment,” she said. “For every dollar we spend on infrastructure, we get more than a dollar back for that investment.”

That’s weak, compared with the ambition wound up inside her own proposal. Investment and infrastructure are such Normal Democrat Words that they lose the special nostalgic charge of industrial policy. No wonder the Green New Deal was understood as a wish list, even by its supporters. Not that Ocasio-Cortez helped her case here either: On the day of the announcement, her office published, then retracted, a sometimes juvenile FAQ document that talked about farting cows and supporting people “unwilling to work.”

Gunn-Wright told me that her team doesn’t talk about the Green New Deal as industrial policy first, because people misunderstand it. Trump’s economic message is linked to his racist rhetoric, perhaps irretrievably so. Say the word manufacturing, and people hear a paean to the white working class. “We haven’t talked about the decline of manufacturing outside of cultural terms,” she said. “It’s really weaponized in terms of race. That also makes people back away from it.”

And it is legitimately tricky to talk about the history of U.S. industrial policy, especially on the left. Sure, the government has guided the invisible hand throughout American economic history—but it has also guided the bayonet and the lash. In the 1790s, Hamilton’s prized financial system counted enslaved bodies as a type of commodity, alongside cotton and wheat. In the 1860s, the government had western land to “freely” give away because it violently seized it from indigenous people first. In the 1950s, suburbanization enriched America, but it did not enrich black Americans, who were systematically prevented from obtaining federal-backed mortgages. Much of the Green New Deal’s racial-justice agenda reads as an attempt to deal with this legacy—and to ensure that people of color are not left out of the next great redirection of the American economy. Hence the policies aimed at spreading the wealth: the paid medical leave, the job guarantee, the promise to honor tribal treaties.

But the sum effect has been that Ocasio-Cortez and her team shout about equity while whispering about the economy. If the word manufacturing is now a racial dog whistle, who better than a popular leftist congresswoman to reclaim its whine? It may be too much to hope for a cross-partisan climate policy in the United States, but every climate policy must have some kind of crossover appeal. The U.S. economy will eventually be remade to fight climate change. Ocasio-Cortez and her team must decide whether they will lean into their policy’s promise or make it seem like more of the same.