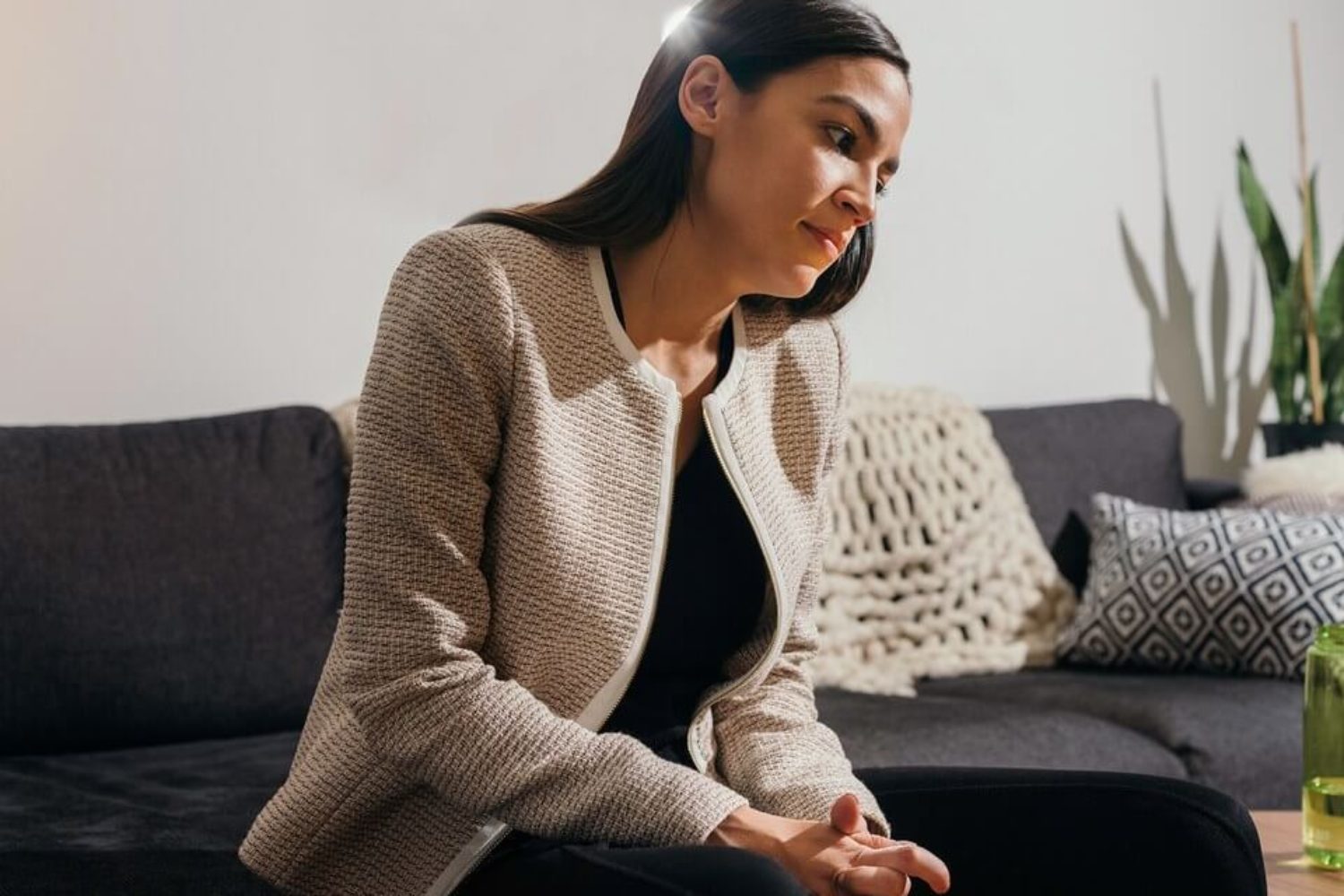 “I Felt Like I Was Being Physically Ripped Apart”: Alexandria Ocasio-Cortez Opens Up About Her New Fame, Trump, and Life in the Bubble

The pressure is intense. But beneath the caricatures, she says, “I’m not a superhero. I’m not a villain.”

WN: It is fair to say that in national American politics, Americans find it hard to understand someone who consistently shows compassion and integrity. May Ms Ocasio-Cortez lose neither!

Back at her Parkchester apartment, Ocasio-Cortez tells me about that day. “I know that people underestimated me. My whole life I’ve been underestimated,” she said. That night, Ocasio-Cortez received a notification on her Apple Watch that her heart rate was unusually high that day. “It shows you the moment, and it was the moment when I was coming up in the Cohen hearing and my hands were shaking,” she said. “I do feel an intense amount of pressure. Every day for me feels like I’m walking on a high wire. Every single day.”

Where, exactly, Ocasio-Cortez lives has become something of an obsession on the right. The prospect that her apartment might belie her democratic-socialist bona fides was too juicy for her antagonists to pass up. In fact, the place is thoroughly unassuming, a two bedroom in a standard-issue brick building. The décor is typical for a twentysomething living in New York—geometric-patterned throw pillows on the sectional, a metal-framed round mirror, a snake plant. A.O.C. divides her time between this apartment and a spot in D.C. At one point, her longterm partner Riley Roberts, tall, with red hair and beard, drifted out from a back room. When I said that this experience must have been weird for him, too, he joked that all he had to do was pick up a few things. It was clear he didn’t want a sliver of the spotlight; he just wanted to make sure we didn’t take any photos that revealed the exact location of the apartment.

As with any famous, polarizing person, there are all manner of threats. Outside of Ocasio-Cortez’s office in the Cannon House Office Building in D.C., there is a wall of brightly colored Post-its with notes from her well-wishers. Inside, her communications director, Corbin Trent, said there is a wall of pictures of people who have threatened the freshman congresswoman. But Ocasio-Cortez is under no illusion that the right wing’s obsession will abate. “The whole goal is to dehumanize,” she said.

Since Ocasio-Cortez’s stunning defeat of 10-term incumbent Joe Crowley in the Democratic primary for New York’s 14th Congressional District, the Bronx native has been seen as a rising star within the party. On November 6, 2018, Ocasio-Cortez made history as the youngest woman ever elected to Congress. Photograph by Cait Oppermann.

Ocasio-Cortez sees caricatures like these as emblems of her strength. “When you bust out that door and you’re like, ‘No, I’m not going to let you make me feel that way’—it’s kind of jarring. It’s like, ‘Wait, she’s not stopping, and she’s supposed to stop,’” Ocasio-Cortez said. “It can be very empowering to say, ‘Make fun of me. Do it. Draw the little insults on my face’”—she mimed a scribble in the air—“‘Do what you’re gonna do. Act more and more childish. Just do it, because you’re not gonna stop. You’re just not gonna stop this movement. You’re not gonna do it.’”

In her view, Trump, to a large extent, has defined this battle. “I’m gonna be very frank: I think that this president has set a racist tone. I think he has set a tone of such strong misogyny, racism, conspiracy theory-ism.”

“I think they saw a woman of color—Latina, no less—that came from a working-class and poor background, that ascended to federal office, and they said, ‘We cannot allow this to have credibility, because if people saw that she did it, then maybe others will come—and we cannot let other people like her run for office. We need to make an example out of her,’” Ocasio-Cortez told me.

That isn’t to say there aren’t times when Ocasio-Cortez would like to stop. “There’s definitely just this really deep feeling of vulnerability around it. You feel very vulnerable. You feel very targeted, because you are. But there are days where you just kind of want to run into a closet, and lock yourself in it, and just hope the world doesn’t find you. I’ve definitely had those days, but I find that it’s more effective to really work on being brave, and pushing anyway, because that’s the whole goal.”

“A lot of days, I don’t want to talk, believe it or not . . . The reality of the situation is that if I don’t define this moment, and if I don’t use my voice, then they will fill the void.”

Meanwhile, she says one thing people aren’t saying about her is that there is an ordinary reality beneath the caricatures. “It’s really hard to communicate that I’m just a normal person doing her best,” she shrugged. “I’m not a superhero. I’m not a villain. I’m just a person that’s trying.”