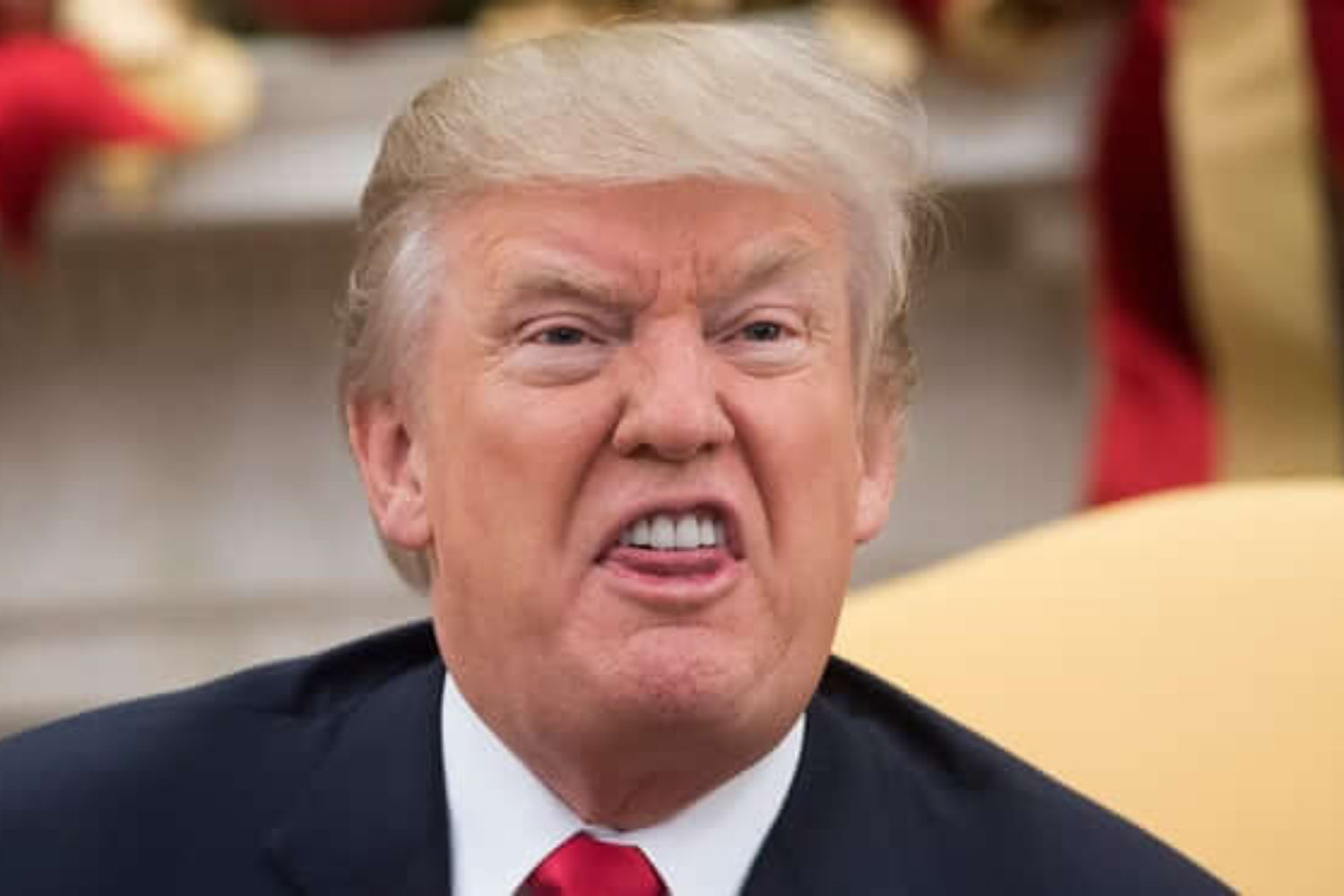 Listen to this article
Bandy Lee

This world authority in psychiatry, consulted by US politicians, argues that the president’s mental fitness deserves scrutiny

WN: Today in Rwanda, we discussed why many African leaders have destroyed home and people over whom they rule(d).  When traits such as hubris, overweening greed, unbridled will to dominate, runaway narcissism, rampant nepotism, sheer will to power, and unhinged personality traits were mentioned, I replied that Trump is the very personification of all the above! So this in not only an African problem, it is a Planet Catastrophe.

Were Trump a circus sideshow, people with a disposition to guffaw at such beyond-the-pale boorishness would offer a non-stop spectacle of such.

One of Rob Rogers’ recent illustrations that did not make print was this one depicting presumably illegal immigrants with their child being snatched away by Trump. He was fired by the Pittsburg Post-Gazette because of it and other cartoons about Trump being “angry and mean instead of funny and clever”. “Outraged and unsparing” is what every decent American should feel, besides feeling shame and repentance for the monster who sits in the Oval Office.

But Trump as Planet Enemy Number One and Ultimate Ugly American is not remotely a joke. A potentially world-destroying far cry from it! Anyone who can fiddle/tweet while families are violently separated at a U.S. border (and in America’s heartland too!)[ref number =”1″]From the highlighted article: One of the things that had confused him during the past few weeks was the shock he sometimes saw reflected back at him in strangers’ faces — the volunteers who toured the trailer park in utter disbelief, or the TV anchors who broke down in the middle of their live broadcasts from the U.S. border. They said separating a parent from a child was cruel and un-American. They said the United States was in the midst of a singular humanitarian crisis. They said these were the actions of a country they no longer recognized. But, to Alex, the act of family separation seemed quintessentially American. It was the cornerstone of his American experience.)) is deliberately doing and inciting a vast evil.
He indeed is loved by God, and Christ also died for him. But to assign a book title we know well here in Rwanda, by Canadian Roméo Dallaire, to the Catastrophe/Horror of Trump, shaking hands with those tiny hands (still large enough to push the Ultimate Doomsday Button) is the same as if one were to “Shake Hands With the Devil“.

Please read below some excerpts and their source about the near and present danger of the Planet in Peril of Trump.

And finally, what however this “world authority in psychiatry” is possibly blind to is, the tragic reality of American Empire in the world that is far and away the most dangerous Gang of Pirates ever to haunt humanity – and since its founding. Sadly, even when Trump disappears from the scene, American Empire remains as Ultimate World Threat. (Please see Chris Hedges’ recent “The Coming Collapse“.) Furthermore: ever since his election, Trump has been the above “Ultimate World Threat” personified. So “now” in the article’s title bespeaks a certain political naïveté.

Germany’s magazine Der Spiegel featured this image last year in February on their cover. While it drew widespread criticism, it could not be more accurate…

The king asked the fellow, “What is your idea, in infesting the sea?” And the pirate answered, with uninhibited insolence, “the same as yours, in infesting the earth! But because I do it with a tiny craft, I’m called a pirate: because you have a mighty navy, you’re called an emperor[/President].”

May God have mercy on us all! Thankfully he does and always has!

Eight months ago, a group of us put our concerns into a book, The Dangerous Case of Donald Trump: 27 Psychiatrists and Mental Health Experts Assess a President. It became an instant bestseller, depleting bookstores within days. We thus discovered that our endeavours resonated with the public.

It is Trump in the office of the presidency that poses a danger. Why? Past violence is the best predictor of future violence, and he has shown: verbal aggressiveness, boasting about sexual assaults, inciting violence in others, an attraction to violence and powerful weapons and the continual taunting of a hostile nation with nuclear power. Specific traits that are highly associated with violence include: impulsivity, recklessness, paranoia, a loose grip on reality with a poor understanding of consequences, rage reactions, a lack of empathy, belligerence towards others and a constant need to demonstrate power.

There is another pattern by which he is dangerous. His cognitive function, or his ability to process knowledge and thoughts, has begun to be widely questioned. Many have noted a distinct decline in his outward ability to form complete sentences, to stay with a thought, to use complex words and not to make loose associations. This is dangerous because of the critical importance of decision-making capacity in the office that he holds. Cognitive decline can result from any number of causes – psychiatric, neurological, medical, or medication-induced – and therefore needs to be investigated. Likewise, we do not know whether psychiatric symptoms are due to a mental disorder, medication, or a physical condition, which only a thorough examination can reveal.

A diagnosis in itself, as much as it helps define the course, prognosis, and treatment, is Trump’s private business, but what is our affair is whether the president and commander-in-chief has the capacity to function in his office. Mental illness, or even physical disability, does not necessarily impair a president from performing his function. Rather, questions about this capacity mobilised us to speak out about our concerns, with the intent to warn and to educate the public, so that we can help protect its own safety and wellbeing.

At no other time has a group of mental health professionals been so concerned about a sitting president’s dangerousness.

Indeed, at no other time in US history has a group of mental health professionals been so collectively concerned about a sitting president’s dangerousness. This is not because he is an unusual person – many of his symptoms are very common – but it is highly unusual to find a person with such signs of danger in the office of presidency. For the US, it may be unprecedented; for parts of the world where this has happened before, the outcome has been uniformly devastating.

Pathology does not feel right to the healthy. It repels, but it also exhausts and confuses. There is a reason why staying in close quarters with a person suffering from mental illness usually induces what is called a “shared psychosis”. Vulnerable or weakened individuals are more likely to succumb, and when their own mental health is compromised, they may develop an irresistible attraction to pathology. No matter the attraction, unlike healthy decisions that are life-affirming, choices that arise out of pathology lead to damage, destruction, and death. This is the definition of disease, and how we tell it apart from health.

Indeed, that is what began to unfold: Trump became more paranoid, espousing once again conspiracy theories that he had let go of for a while. He seemed further to lose his grip on reality by denying his own voice on the Access Hollywood tapes. Also, the sheer frequency of his tweets seemed to reflect an agitated state of mind, and his retweeting some violent anti-Muslim videos showed his tendency to resort to violence when under pressure.

Trump views violence as a solution when he is stressed and desires to re-establish his power. Paranoia and overwhelming feelings of weakness and inadequacy make violence very attractive, and powerful weapons very tempting to use – all the more so for their power. His contest with the North Korean leader about the size of their nuclear buttons is an example of that and points to the possibility of great danger by virtue of the power of his position.

It does not take a mental health professional to see that a person of Trump’s impairments, in the office of the presidency, is a danger to us all. What mental health experts can offer is affirmation that these signs are real, that they may be worse than the untrained person suspects, and that there are more productive ways of handling them than deflection or denial.

Screening for risk of harm is a routine part of mental health practice, and there are steps that we follow when someone poses a risk of danger: containment, removal from access to weapons and an urgent evaluation. When danger is involved, it is an emergency, where an established patient-provider relationship is not necessary, nor is consent; our ethical code mandates that we treat the person as our patient.

In medicine, mental impairment is considered as serious as physical impairment: it is just as debilitating, just as objectively observable and established just as reliably through standardised assessments. Mental health experts routinely perform capacity or fitness for duty examinations for courts and other legal bodies, and offer their recommendations. This is what we are calling for, urgently, in doing our part as medical professionals. The rest of the decision is up to the courts or, in this case, up to the body politic.