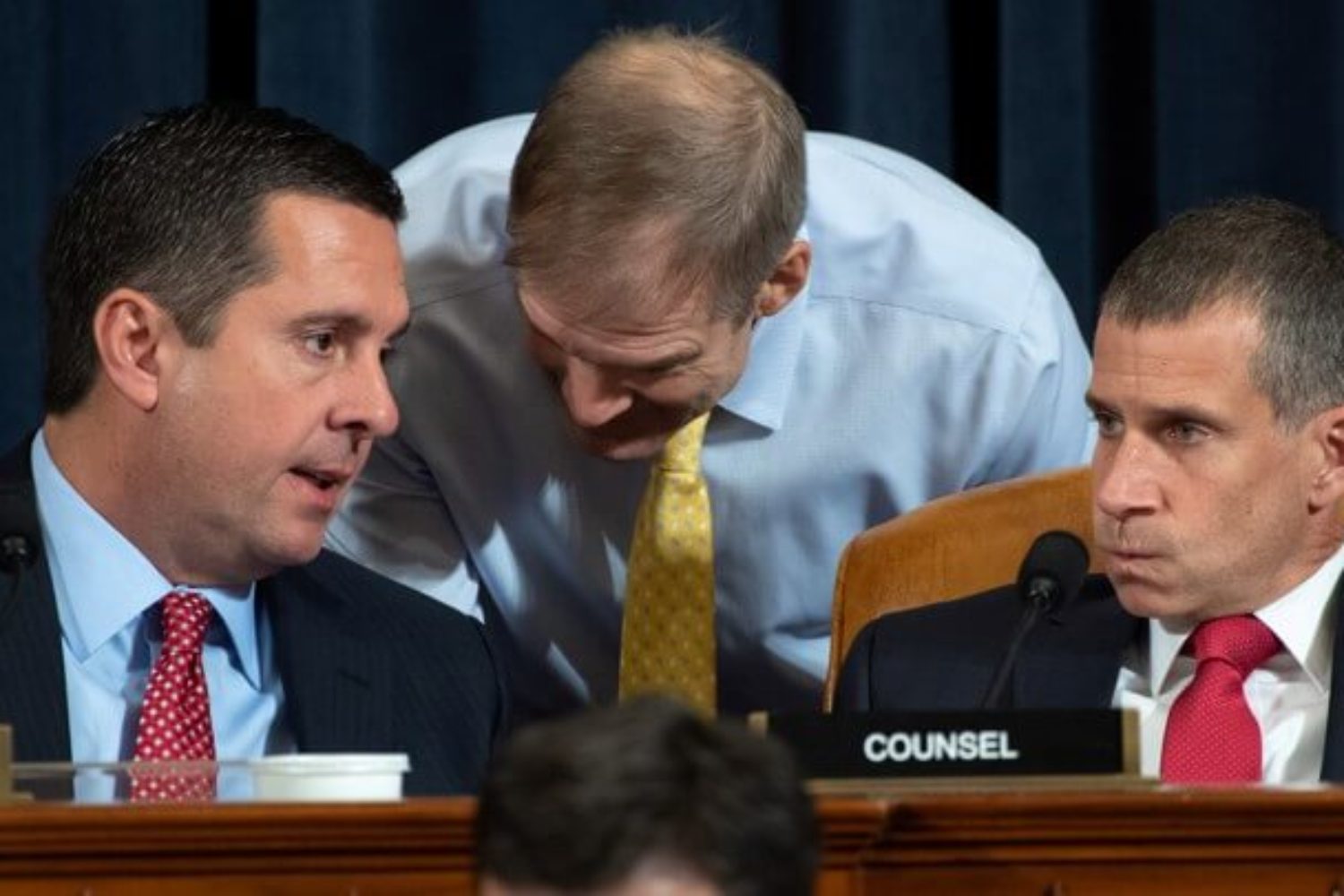 The Exposure of the Republican Party

The GOP will not be a great or good party until those who lead it straighten their backbone.

Contributing writer at The Atlantic and senior fellow at EPPC

WN: This rings so true. When unchecked hubris and unbridled greed combine, the concoction makes explosion inevitable. Tragically, the fallout from such threatens the very well-being of the Planet . . .

Further: the author is seemingly blind to the travesties of historical bipartisan political leadership and the vast ravages of American domination of “others” that began before the birth of the nation, and persist to the present. “Honour”, “good”, “moral integrity”, “dignity”, “truth”? These are moral concepts on the macro scale unknown in American Manifold Destiny Expansionism that committed mass genocide against the Indians, amassed obscene wealth on the backs of slaves, and today dominates or pursues domination of the world militarily, enabling rapacious further amassing of obscene wealth on the backs of any peoples who dare to be in the way of unbridled American will to Planet domination; hell-bent to continue on a path to utterly dismantling the very infrastructure of God’s Good Creation, attempting it seems assured cancellation of what God primordially called “good.”

The first day of public hearings into the impeachment inquiry of President Donald Trump included an explosive revelation. William B. Taylor Jr., the senior American diplomat in Ukraine, tied Trump even more directly than we previously knew to the effort to pressure Ukraine to probe his political opponent.

But as damaging as Taylor’s testimony proved, it was merely another massive boulder in the avalanche of evidence against the president. We are well beyond the point that any disinterested person can deny that the president abused his power and acted in a corrupt manner, in ways the American founders explicitly warned against.

That the president acted the way he did should surprise exactly no one, given his disordered personality and Nietzschean ethic, his pathological lying and brutishness and bullying, and his history of personal and professional depravity. The president is a deeply damaged human being—and therefore a deeply dangerous president.

What makes the Trump era so unusual isn’t partisanship and political tribalism, which have been around for much of human existence. It is the degree to which the transgressive nature of Trump—his willingness to go places no other president has gone, to say and do things that no president before him has done—has exposed the Republican Party. There is hardly a pretense anymore regarding what the party, and the right-wing media complex, are doing. They are driven by a single, all-consuming commitment: Defend Donald Trump at all costs. That is the end they seek, and they will pursue virtually any means necessary to achieve it. This from the party that once said it stood for objective truth, for honor and integrity, and against moral relativism.

For those of us who are still conservative and have devoted a large part of our lives to the Republican Party, it is quite painful  to watch all of this unfold. Perhaps too many of us were blind to things we should have seen, or perhaps the GOP is significantly different now than it was in the past, when it was led by estimable (if imperfect) individuals such as Ronald Reagan. Whatever the case, we are where we are—in a very precarious and worrisome place.

You can be critical of the Democratic Party and believe, as I do, that it is becoming increasingly radicalized while also believing this: The Republican Party under Donald Trump is a party built largely on lies, and it is now maintained by politicians and supporters who are willing to “live within the lie,” to quote the great Czech dissident (and later president) Václav Havel. Many congressional Republicans privately admit this but, with very rare exceptions—Senator Mitt Romney of Utah is the most conspicuous example—refuse to publicly acknowledge it.

“For what purpose?” they respond point-blank when asked why they don’t speak out with moral urgency against the president’s moral transgressions, his cruelty, his daily assault on reality, and his ongoing destruction of our civic and political culture. Trump is more powerful and more popular than they are, they will say, and they will be targeted by him and his supporters and perhaps even voted out of office.

The answer to them is that it is better to live within the truth than to live within a lie; that honor is better than dishonor; and that aiding and abetting a corrupt president implicates the aiders and abettors in the corruption.

In his 1978 essay “The Power of the Powerless,” Václav Havel wrote: “In its most original and broadest sense, living within the truth covers a vast territory whose outer limits are vague and difficult to map, a territory full of modest expressions of human volition, the vast majority of which will remain anonymous and whose political impact will probably never be felt or described any more concretely than simply as a part of a social climate or mood.”

He then added this: “Most of these expressions remain elementary revolts against manipulation: you simply straighten your backbone and live in greater dignity as an individual.”

The Republican Party will not be a great or good party until those who lead it and those who constitute it straighten their backbone, live in greater dignity, and live within the truth.

Peter Wehner is a contributing writer at The Atlantic, a senior fellow at the Ethics and Public Policy Center, and Egan visiting professor at Duke University. He writes widely on political, cultural, religious, and national-security issues, and he is the author of The Death of Politics: How to Heal Our Frayed Republic After Trump.